The Australian Chamber of Commerce and Industry argues the government’s IR bill, introduced to Parliament in December as a key plank of its plans to help the country recover from the coronavirus pandemic, will generally be good for jobs and businesses. 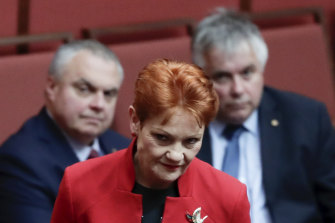 But it wants businesses in struggling industries and regions, such as tourist providers starved of international guests, to be allowed to maintain for the foreseeable future the ability to reduce staff hours, which is otherwise set to finish along with JobKeeper at the end of March.

And it believes the government should clarify the circumstances in which companies dealing with a short-term crisis will be allowed to strike pay agreements that leave some workers worse off to counter Labor and union claims that the provision is a major attack on worker rights.

Ahead of Senate committee hearings on the bill next week, employers are racing to convince crossbench MPs to rein in the government’s plans to criminalise underpayment of workers but ultimately pass the bill. Unions want it rejected entirely.

ACCI workplace director Scott Barklamb said the Morrison government’s proposed changes to the “better off overall (BOOT) test” – a safeguard that says enterprise agreements can be approved where they improve all workers’ positions compared to industry minimums – were scarcely different to an existing emergency provision legislated by the previous Labor government.

The change will allow businesses affected by COVID-19, intended to be in a negative way, to strike deals for two years that may leave some workers worse off if the industrial umpire believes they are in the public interest.

But the wording of the provision has been attacked by Labor, which argues it is so broad that many businesses could apply to use it and cut workers’ pay.

“We think it’s [already] clear it’d be the negative impact of COVID, but we think that could usefully be clarified in the bill,” Mr Barklamb said.

ACTU secretary Sally McManus said the BOOT provision was so unreasonable she was surprised it had not been dumped already.

She said the overall package of changes would tip the power in pay talks towards business, stop workers on big resources and infrastructure projects from bargaining for their rights up to eight years, and increase casualisation.

“That’s not a good thing at all for workers or the country,” she said.

Employers argue the changes do not go all one way, pointing to provisions making it easier for workers to pursue small underpayment claims.

The Australian Industry Group and ACCI also say the government has gone too far in its proposed penalties for wage theft.

“We’re very concerned that small businesses be confident to recover and employ,” Mr Barklamb said, suggesting the wage theft laws should be delayed for two years.

Centre Alliance senator Stirling Griff believes “casual” work should be defined and businesses should face tougher penalties for failing to pay their employees correctly, but has reservations about the BOOT changes.

One Nation leader Pauline Hanson has raised concerns the bill does not make it easier for businesses to fire employees who breach the law but supports a plan to let casuals convert to permanent employment if they work at least 20 hours a week.