Cincinnati Reds announcer Thom Brennaman has resigned from announcing the team’s games, the team’s CEO Bob Castellini said in a Friday statement. His resignation comes after he was suspended in August for using a homophobic slur on air.

“The Reds respect Thom Brennaman’s decision to step away from the broadcast booth and applaud his heartfelt efforts of reconciliation with the LGBTQ+ community,” Castellini said. “He is a fantastic talent and a good man who remains part of the Reds family forever.”

Brennaman used the slur while announcing a doubleheader in Kansas City on August 19. It came at the top of the seventh inning of the first game, moments after the Fox Sports Ohio feed had returned from a commercial break. It appeared that Brennaman did not know he was on air when he made the remark.

The Reds removed Brennaman from the broadcast in the fifth inning of the second game. He apologized before handing over the broadcast, telling listeners, “I made a comment earlier tonight that I guess went out over the air that I am deeply ashamed of. If I have hurt anyone out there, I can’t tell you how much I say from the bottom of my heart, I am very, very sorry.”

“I don’t know if I’m going to be putting on this headset again,” he added. 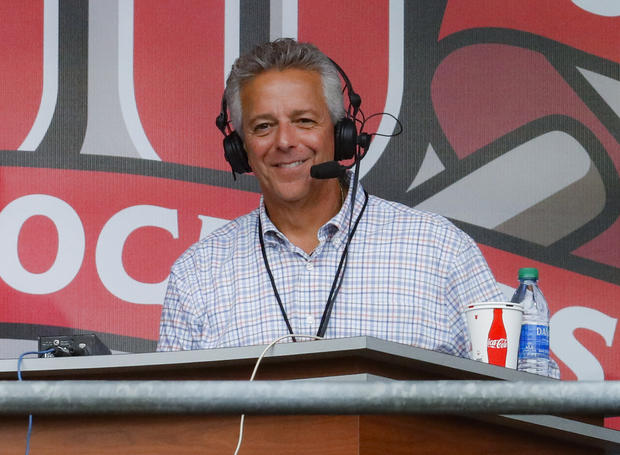 The Reds released a statement that night condemning the “horrific, homophobic” remark and announcing his suspension. It was not clear how long the suspension would last.

Brennaman had announced for the Reds since 2007, and is the son of iconic radio announcer Marty Brennaman, according to CBS Sports.