Home » Lifestyle » This summer was meant to be brilliant – why did it end up being such a let-down?

It was a dark and dreary February evening, in the midst of a horrendously gloomy national lockdown – the third, and worst, of its kind – when Boris Johnson once again graced our TV screens with an announcement.

It was a different kind of proclamation than the others we’d experienced in recent months: it was less sombre, some may even have dared to say it held an inkling of hope.

Nearly two months into that winter lockdown, the end was in sight. Boris promised a string of dates that would mark the gradual reopening of the country, ending with a landmark date for ‘Freedom Day’, (even inspiring a not-so-timeless song by The Streets).

For me, one thing was certain: life would start again on June 21, 2021, and this summer would be the best one yet.

It’s not a reach to say that the majority of the population were betting on this summer being the best in years: England in the Euros, dotted heatwaves, the return of Love Island? This spelled pure 2018 vibes and the chance for a fresh start after the worst of the three lockdowns.

We couldn’t help but get our hopes up, a practice which, realistically, only ever leads to one thing.

If you hadn’t guessed, that thing is disappointment. To call this summer a let-down would be an incredible understatement.

Despite the odd party and a late picnic under the 10pm sunset here and there, the whole thing has felt flat.

But while many would say this was inevitable (and, to be fair, it was), why did so many of us place such high expectations on summer this year?

Well, expectations and hope are simply part of human nature. And, as Harley Street Therapist Olivia James explains, emotive terms like ‘hot vax summer’ and ‘Freedom Day,’ which were full of promise, didn’t exactly help to quell those hopes.

‘We’d all sacrificed so much: fun, partying and socialising and it seemed like this summer was going to reward us for doing our civic duty,’ she tells Metro.co.uk. 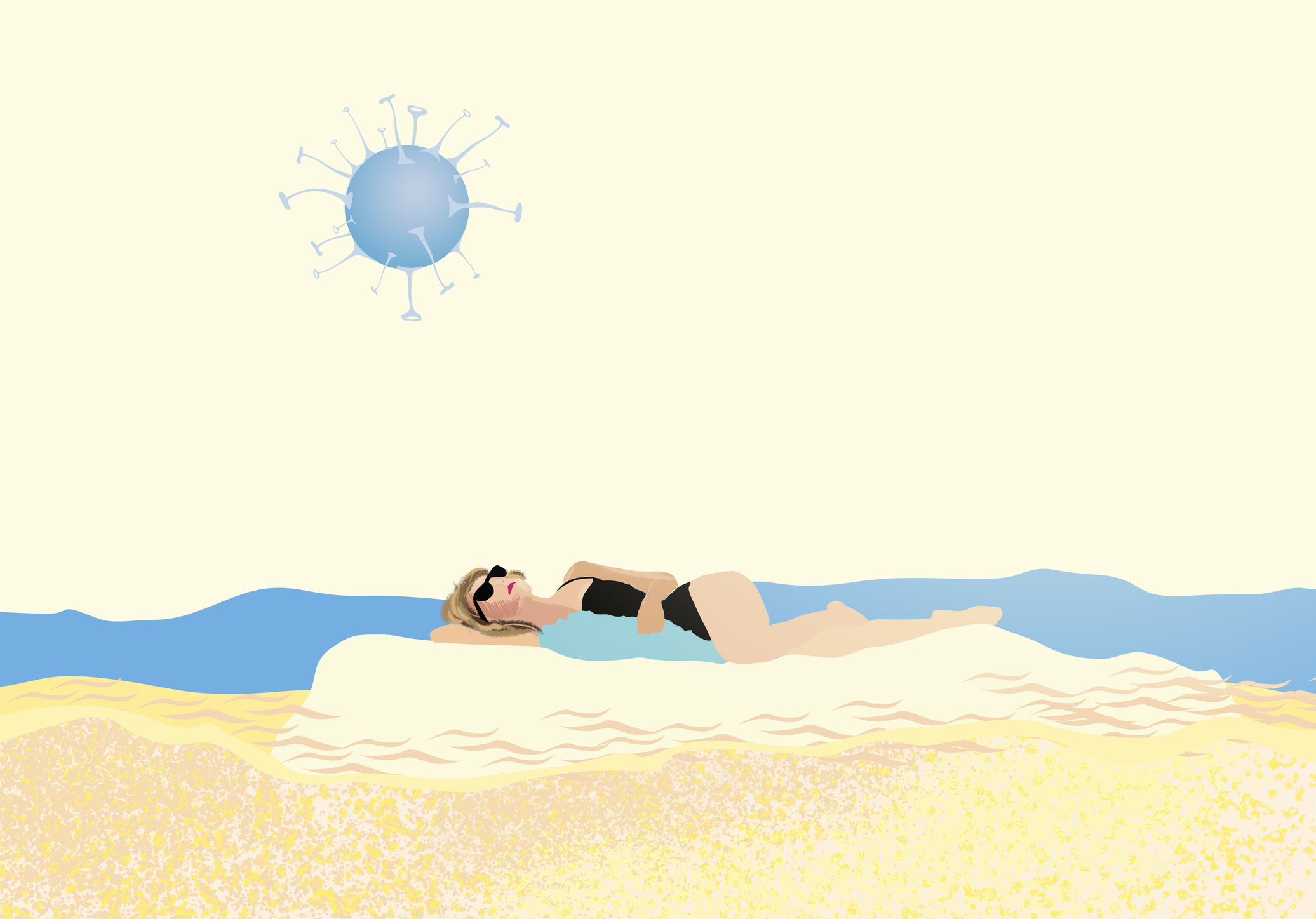 ‘People longed for the sweet release of summer. They projected so much hope onto it but the reality was a washout for many.’

For Claire*, 24, who moved out of her parents’ house in January of this year, summer 2021 was a let-down for a number of reasons.

She tells us: ‘While I didn’t get swept up with the ‘Hot Girl Summer’ rhetoric, I did think it would be more feasible this time around [compared with summer 2020].

‘One of my biggest fears throughout lockdown was that things would open up and I’d still be sitting at home with no plans, and while that hasn’t been the case entirely, I am by myself an awful lot of the time.’

After years of singledom, and a dateless pandemic, Claire thought that her newfound independence from moving out would see her meeting new people regularly, but that hasn’t been the case either.

‘It’s just not what I envisioned for this portion of my life,’ she says.

She adds that, as summer is winding down, ‘it feels like people are already wanting to socialise less, even though it feels it has only been summertime for a few weeks’.

A lack of socialising has been something Serena, 23, blames for the disappointment of this summer. She went from graduating into a pandemic last year to living alone and, now that socialising is on the cards, she says a belated wave of post-grad depression has hit her just in time for summer.

‘Over the last year, I put my lack of a crazy, student-esque social life down to the pandemic,’ says Serena. ‘But now that restrictions have eased it’s not at the same level as it was pre-pandemic.

‘Now that we’re out of lockdown, it has hit me that being going on a night out in a big group with all of my friends is going to be a rare occurrence. I imagined I’d be doing that kind of thing every weekend, and going abroad and going to festivals, but I’m holding out hope for next summer.’

She also blames government u-turns and policies for the searing lack of energy that has emerged out of this summer.

‘When the government announced June 21 I was so excited, but when they eventually postponed it to July 19 it was really hard to get excited about it because you didn’t want to get your hopes up again,’ notes Serena.

She adds that the government restrictions weren’t exactly geared towards people like her, rather they were geared towards people in nuclear families. She says: ‘Navigating this post-graduate life with a smaller social circle, while living alone, was definitely very difficult and I feel like the rules didn’t really appreciate the variety of situations people were in.’

Then of course, we had the weather. Despite countless years of miserable summers, we still cling on to the hope of a lasting heatwave that never comes.

‘Warm sunny weather lifts our mood, even a walk to the corner shop can become joyous,’ says Olivia. ‘When we were cooped up during the cold weather, many of us dreamed of summer. We clung to the fantasy of long carefree summer days, the sun on our skin, looking and feeling flirty and free.’

But of course, despite a short-lived, apocalyptically hot heatwave in July, the majority of summer was not only wet and rainy, but existentially bad.

We saw torrential rain and flooding in London and western Europe, while central Europe is still dealing with ongoing wildfires, all of which have been linked by scientists to the climate crisis, all adding to what writer James Greig accurately observed in a recent Vice article as the ‘apocalyptic atmosphere of dread’ that has characterised this summer.

But since disappointment is inevitable in the neverending cycle of hope, how can we deal with what really does feel like a sense of loss this year?

Olivia suggests we should take the long view: ‘Pandemics don’t last forever, so make the best of what you have now,’ she says.

‘Right now many are feeling uncertainty and grief for what’s been lost and what might have been. Acknowledge those feelings.’

Thankfully, it seems as though our collective hopes haven’t been completely dashed.

As Olivia says: ‘We may still have our version of the roaring twenties. Just not this year.’