Home » Lifestyle » 'This Is Us' Season 6: These Fan Theories About Kate, Toby, Madison, and Kevin Will Test Your Dedication to the Show

More than a week has passed since the This Is Us Season 5 finale which means there are about a hundred new fan theories to dissect. Most of those revolve around Kate (Chrissy Metz), Toby (Chris Sullivan), Kevin (Justin Hartley), and Madison (Caitlin Thompson). Here are a few of those that sound good enough to be true.

[If you haven’t watched the This Is Us Season 5 finale, beware: Major spoilers ahead] 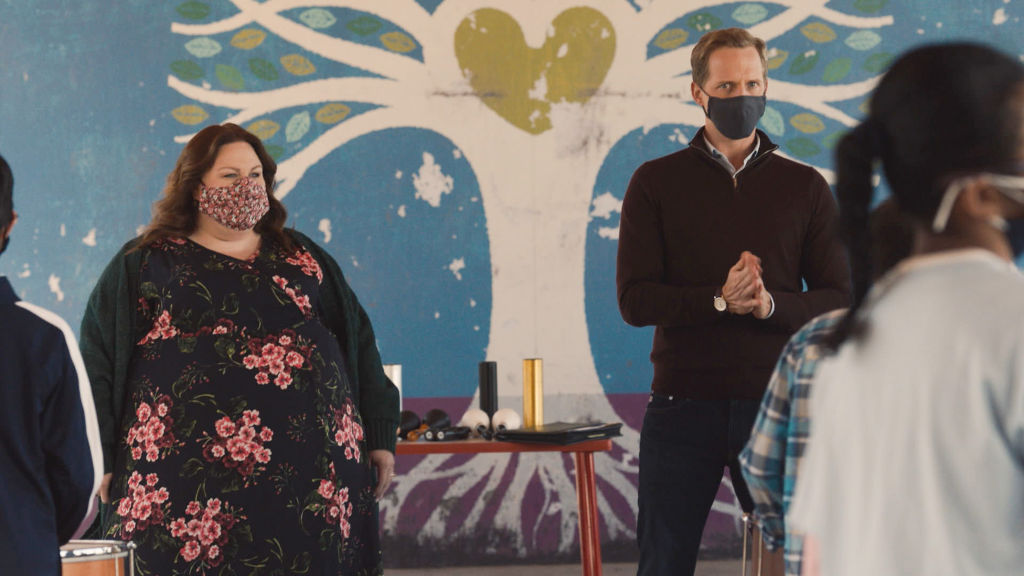 For five seasons, This Is Us viewers have gone along for the ride with the Pearson crew even when the beloved Jack Pearson died right before our eyes. This includes everyone they’ve ever loved. For Kate, it’s complicated. Though she’s married to Toby in the present timeline, her future doesn’t look the same, if what we saw in the season 5 finale proves true.

The final five minutes revealed Kate in a wedding gown, five years in the future saying, “this is the last time I’m going to do this.” Kevin is rehearsing a speech for the wedding and it seems as though she might be getting hitched to her boss, Phillip (Chris Geere).

While it’s a lot to take in, many have referenced past finale flash-forwards which include a ringless, sad-looking Toby on a bed alone as Randall (Sterling K. Brown) calls to invite him to see “her.” We later find out “her” is Rebecca (Mandy Moore), whose health declined. Those pieces, along with new clues, make fans think Toby and Kate are definitely headed for divorce.

I hate to say it, but they’re definitely separating any day now,” one Redditor wrote. “I really just want an episode where they finally have it out about their marital problems. They haven’t had a really big fight in a long time. Toby is still pretty angry that he’s home alone all day with the kids and Kate really doesn’t like that he wants to fix everything himself without help. I feel bad that she’s had so much excitement over her new job, but feels like she can’t share it with Toby because he’s so closed off. They are both going to get tired of it eventually.”

Another said: “Did anyone else think Kate was going to end up with her neighbor, Gregory (Timothy Omundson)? That’s where it seemed to be going last season. They at least were spending a lot of time together when she was going through it with Toby. Then he just disappeared, except for that cameo a few episodes ago. It seems her marriage to Phillip the music teacher guy came out of nowhere!”

And, while creator Dan Fogelman wants us to believe this is a fact, we’ve been duped before.

Another theory floating around has to do with Phillip — but not as Kate’s husband-to-be. This one suggests Kevin will marry Phillip’s sister, whomever she may be because Phillip calls Kevin his soon-to-be brother-in-law. Some wondered if Madison is somehow Phillip’s sister or half-sister because of his accent, but others feel that’s a little too far-fetched.

Die-hard “Katoby” fans think the scene will lead up to a vow renewal for Kate and Toby. Maybe they go through another rough patch but in the end, they re-declare their love for one another. This also lends itself to the theory that Madison and Kevin are either married, together, or engaged (again) at this time.

Super-sleuths spotted a few clues that might prove this one true: a bra in Kevin’s room, no clear shot of Madison’s or Kevin’s left hand, and she’s wearing, what appears to be, her mother’s earrings.

“Madison and Kevin will get married! When he enters the bridal room at the end, Madison says “no I told you 12 times this morning, no boys allowed”. Why would she tell him something 12 times in the morning if they don’t live together?” a fan wrote on another Reddit thread.

Whether Phillip is related to Madison or not, plenty of things suggest Kevin and Madison might find their way back to each other — just as Kate and Toby might.

This Is Us writers are pretty good at throwing us a curveball.

“Sterling K. Brown also said in an interview before the season 5 finale aired: ‘The wedding is happening. It’s real, and I’m excited for people to see that union’. Yeah, the wedding happened and it was real, but Kevin and Madison didn’t actually end up getting married, which is certainly what he made it sound like,” another fan wrote.
So, I don’t think you can take anything the actors say at face value.”

Another added: “They can lie you know. I’m not saying I 100% think that they won’t get divorced because they might. But they can go along with a certain narrative in interviews just to divert the audience.”

One of them dies in the future

And sadly, more than a few theories have circulated about the death of one of the Pearsons. Some think it’ll be Kate, because she’s not in the later flash-forward, and others have wondered if something happens to Toby beyond that.

We don’t if any of these will come true but we already know our hearts can’t take it. The final season of This Is Us releases in 2022 and will (hopefully) give us all the closure we need.