Home » Lifestyle » The search for a Siberian legend – the piano

When the Irish tenor John McCormack toured Australian concert halls in the 1930s he was astonished at the depth of appreciation he met within antipodean audiences. McCormack was at that time among the most renowned tenors on earth, and his surprise was all bound up in ideas about provinciality and the remoteness of the southern land in which he’d come to sing. He quickly came to understand, however, that that very remoteness can be a catalyst for the kind of understanding and appreciation he met.

Like Australia, Siberia is known for being a remarkably biodiverse and ancient landscape that has been repurposed in recent centuries as a site for human incarceration. 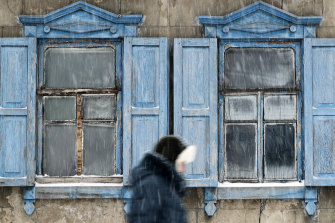 The legend of the lost pianos in the far reaches of Siberia has been a long time in the making.Credit:TASS

We know the Australian story but in Siberia’s case this penal process began during the exile system of the Tsars during the 18th and 19th centuries. It continued then through the 1917 Bolshevik revolution and the Stalin era of the gulags, and to such an infamous degree that the very word ‘‘Siberia’’ became synonymous with exile, with being cast out to the end of things, to the end of light and warmth, comfort and freedom, not to mention aesthetic beauty and wisdom.

The exact dimensions of the Siberian cultural landscape are notoriously tricky to define but essentially the region stretches many thousand of kilometres from the defining barrier of the Ural mountains east of Moscow, all the way to the shores of the Pacific, where the time zone is a whole nine hours ahead of the capital.

Just as McCormack found in Australia, the remoteness combined with the extremities of climate and a brutal human history has created a thirst for and an understanding of music that defies all superficial descriptions of the region as a punitive wasteland. Through repeated waves of exile right through to the hungry, chaotic and improvisatory years of Perestroika and beyond, it has been music, and specifically piano music, more so than literature, painting or theatre, that has brought spiritual solace to the long-suffering Siberian population. 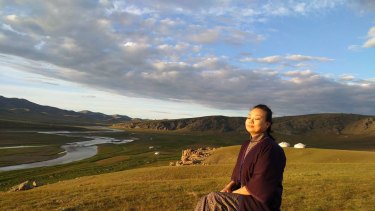 British travel writer Sophy Roberts tells the story of the piano’s role in Siberia by setting out on a search to find a suitably sonorous and storied instrument for a remarkable Mongolian musician, Odgerel Sampilnorov, who Roberts heard playing exquisitely in a native Mongolian hut, or ger, but on a rather insufficient Yamaha.

Already fascinated by Siberia, and charmed by the juxtaposition of piano and wilderness, Roberts decided to dovetail these interests by setting out on a quest to find one of the mythical ‘‘lost pianos of Siberia’’ for Sampilnorov to play.

Like most stories in Siberia, the legend of these lost pianos has been a long time in the making. Early on it involved the Decembrists, who, when exiled by Tsar Nicholas after a shortlived uprising in the 1820s, set about establishing oases of music, gardening and literary culture in the seemingly endless stretch of taiga and permafrost east of the Urals.

The Decembrist communities in Siberia happened to coincide with the state’s desire to bring high-quality European piano making to Russia, which meant that piano factories began to proliferate. This expansion of music, or ‘‘pianomania’’ – which largely emanated from what came to be known as the ‘‘pianopolis’’, St Petersburg – was then bolstered after 1917 by the Bolshevik belief that music ‘‘must have its deepest roots in the broad mass of workers’’. 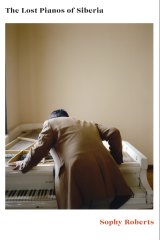 So it was that so many beautiful instruments – Steinways, Schroders, Muhlbachs, etc – were sent out at great cost and effort, on sled and train, through ice storms and mosquito plagues, to ‘‘lighten the manorial gloom’’, or, in other words, to ameliorate the isolation, suffering and despair of a mosaic landscape being gradually but assiduously Russianised.

It is the idea as much as the reality of these lost pianos that serves as the hook for Roberts’ account. Not being a musician herself, she relies on listening to the music, and the often heroic stories, of the many pianists and piano tuners secreted away in the taiga, mountains, forest and in the remote urban outposts. By following various scanty and enigmatic leads in search of the right instrument for Sampilnorov, she takes us into a musically fervent and emotionally poignant Siberia rather than into a penitential dumping ground.

Thus the intention of the book is partly redemptive, and the method talismanic, almost totemic, with the lost pianos serving as a focal point for Russian, political, natural, as well as musical history, for recounts of previous Siberian travellers and observers such as Chekhov and Stanislav Richter, and also for the many friendships Roberts forges along the way.

Indeed, while the range and detail of the information the book covers is quite prodigious, we do find ourselves at times yearning to zero in more precisely on the lost pianos themselves. The problem is, of course, that Siberia is a region teeming with alluring old beliefs and remarkable human stories of survival, and the poetic idea of finding exquisite old pianos in an otherwise elemental wilderness is only one of many fascinating strands to pursue.

When Roberts is guided through the Altai mountains with a cheery local called Uncle Vitya, she begins to reflect on how the intensity of mysticism and the appetite for symbolism in Russian culture is beginning to wear on her. ‘‘A piano, a piano,’’ she reminds herself, this is her focus, not space junk in abandoned fields, Utopian society building or curlew migration. But nevertheless, try as she might to narrow her eyes, the stories go on abounding, just as the mysterious pianos recede.