TESCO has warned there could be panic buying this Christmas if the supply chain crisis isn't resolved. 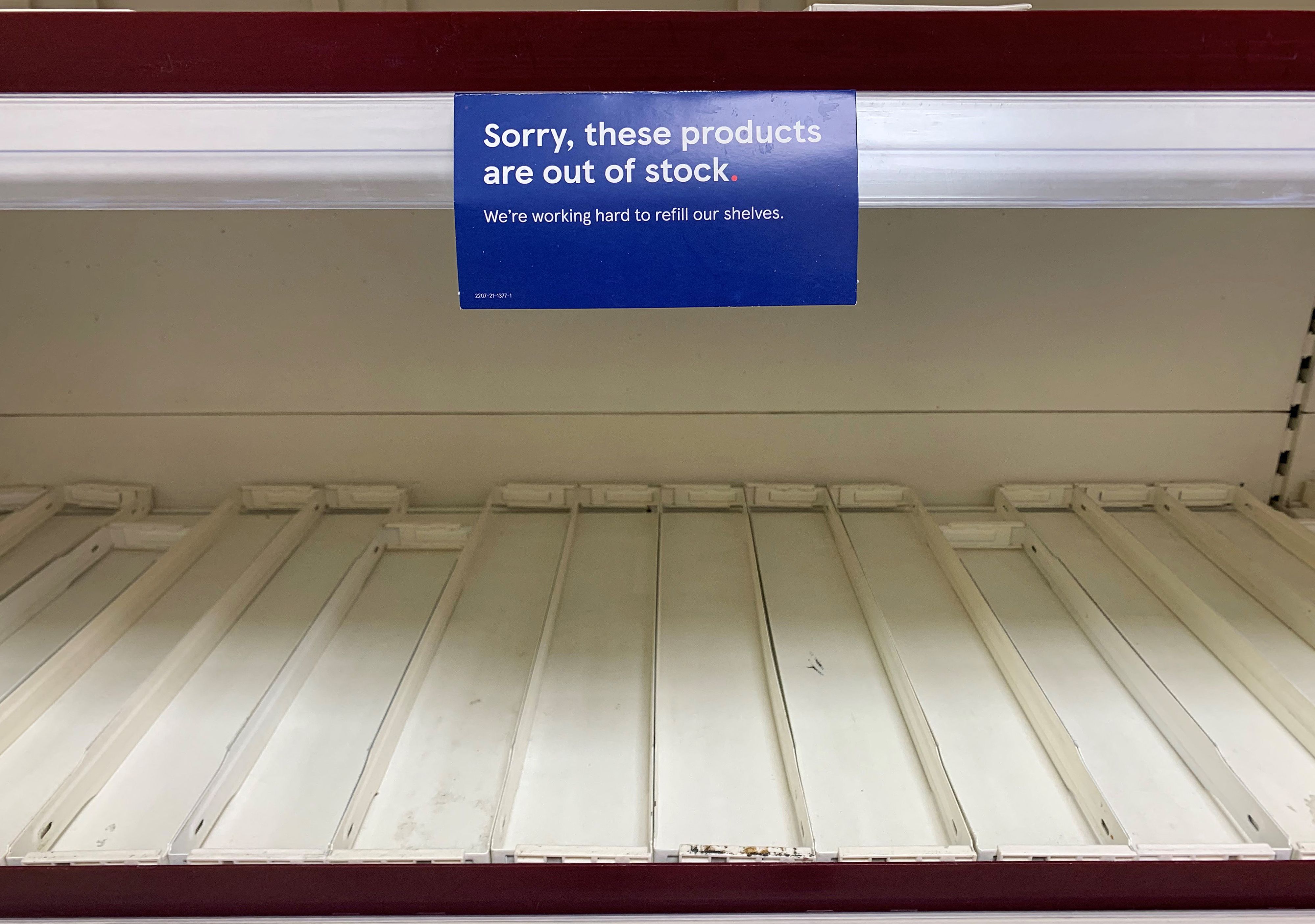 Shelves have been left empty due to a nationwide shortage of HGV lorry drivers.

Tesco is worried the situation will deteriorate significantly in the weeks leading up to the festive period.

“Our concern is that the pictures of empty shelves will get ten times worse by Christmas and then we’ll get panic-buying,” Mr Woolfenden said.

He told a Cabinet Office meeting last Thursday that Tesco has a shortage of 800 drivers.

He also asked the government to make it easier to hire workers from abroad, as a £1,000 bonus to new recruits has failed to fill the gap.

Tesco has only managed to attract as many drivers as it has lost to rival firms over the summer.

Woolfenden said the problem was industry wide and described attempts by companies to recruit from the same, limited pool of drivers as like “moving deckchairs around”.

A reduction of HGV testing during lockdown, an increase in the number of drivers retiring and EU nationals returning home have contributed to the shortage.

The government said it recognises that business "is facing a range of challenges".

A government spokesperson said the HGV hiring process has been "streamlined" and the number of tests has been increased.

"Progress has already been made in testing and hiring, with improving pay, working conditions and diversity," the spokesperson said.

"We are closely monitoring labour supply and working with sector leaders to understand how we can best ease particular pinch points.

"Through our Plan for Jobs we're helping people across the country retrain, build new skills and get back into work."

A Tesco spokesperson said: “We have good availability, with deliveries arriving at our stores and distribution centres across the UK every day.

"While the industry-wide shortage of HGV drivers has led to some distribution challenges, we’re working hard to address these and to plan for the months ahead, so that customers can get everything they need.”

Some supermarkets urged shoppers to "stock up early" as they filled the shelves with Christmas products.

Brits could be facing a bleak winter, as empty supermarket shelves combine with soaring energy bills and a Christmas toy shortage.