Steph & Dom solve your sex, love & life troubles: I want to go away for Christmas, but he doesn’t

TV’s Steph and Dom Parker, 52 and 54, draw on their 21 years of marriage to solve your relationship problems…

Q: I’ve got into a ridiculous row with my husband. He wants a traditional Christmas and I want to go abroad.

We spend every other year with our daughter and her family (she has two-year-old twin boys).

This year, she is going to her in-laws in Wales — we live in Essex — and we’re not invited. We will be on our own. We are both in our early 60s. I’ve also had a stressful few months with changes at work, so I just want to get away from it all. So I suggested a last-minute trip to the Canaries.

He shot me down, told me we’re not the kind of people who do that. Part of the problem is that he loves a traditional Christmas dinner, with all the turkey and trimmings… but he never actually does any of it! 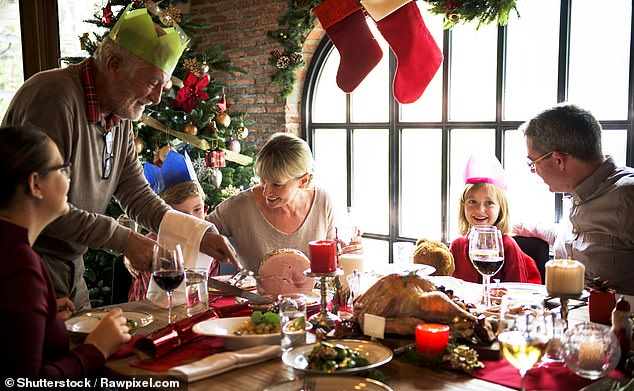 I’m the one who’s done all the shopping and cooking for more than 40 years. Neither of us is budging. What should I do?

STEPH SAYS: What a timely letter to receive, as Christmas is creeping closer. This time of year brings up so many emotions and frustrations. All those feelings that get skimmed over throughout the year are suddenly heightened by the fact you now spend so much time together in one place.

In your case, after 40 years of family Christmases, you’re facing your first as a couple alone, and I can completely understand how you may be staring across the table at each other and thinking: ‘Well, what are we supposed to do now?’

For years, you have been dedicated to ensuring your family have a perfect Christmas, with you doing the lion’s share of the work. I don’t blame you for feeling this has essentially been your job and not shared with your husband.

Like many other women, you feel you’ve taken on the stressful festive load uncomplainingly, perhaps even at the expense of your own enjoyment. And this year you don’t want to do that again. You may well feel it’s unfair for your husband to shoot your ideas down — he’s not the one running around the shops for weeks, or doing the dishes while the Queen’s Speech is on.

He’s quite happy his Christmas is served to him, presents bought and wrapped and Quality Street appearing as if the pixies had been at work! 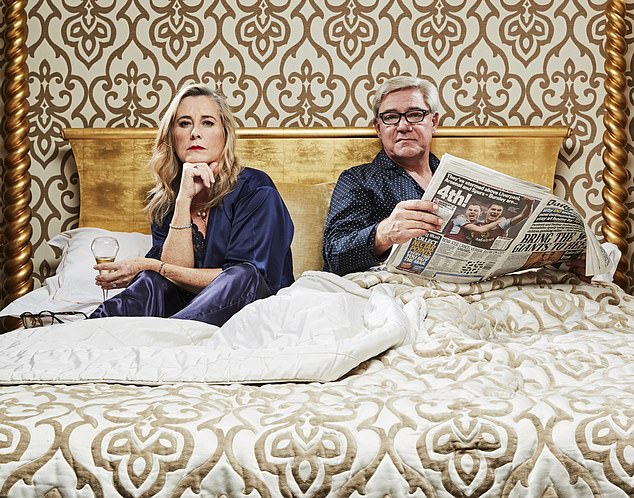 I understand you want to be relieved of the domestic drudgery for a change, shaking up your life and expanding your horizons on a more personal and emotional level, as well as trying to ward off the fact you won’t be with your grandchildren this year and you’ll miss them more than anything.

My advice is to dig into those feelings a little more deeply until you have established exactly what it is you’re both arguing about. The fact you’ve written to us tells me it’s not just Christmas. Or, rather, Christmas magnifies other issues in your relationship.

He wants the security of his traditional Christmas, a situation that requires no work from him but a great deal of work from you. And you want to spread your wings and do something radically different.

Please feel strong enough to stand your ground, but give him an honest explanation of how you feel.

Tell him you really need a fundamental break from the routine of many years because you’re feeling wobbly or sad. Ask for his understanding and support — and the courage to try something else.

One more thing — don’t forget to pack the suncream!

DOM SAYS: I have to say, I can see both sides of the problem here.

Your husband loves his traditional Christmas with all the trimmings, and perhaps he thinks spending it together at home alone for the first time in decades will be rather romantic and special.

Yet you’re justifiably fed up with doing all the work for it.

To my mind, you’re both going to have to compromise. But, as it stands, you’ve both dug yourselves in and aren’t going to budge.

Your husband sounds like a man who thinks he wears the trousers, and you sound cross. 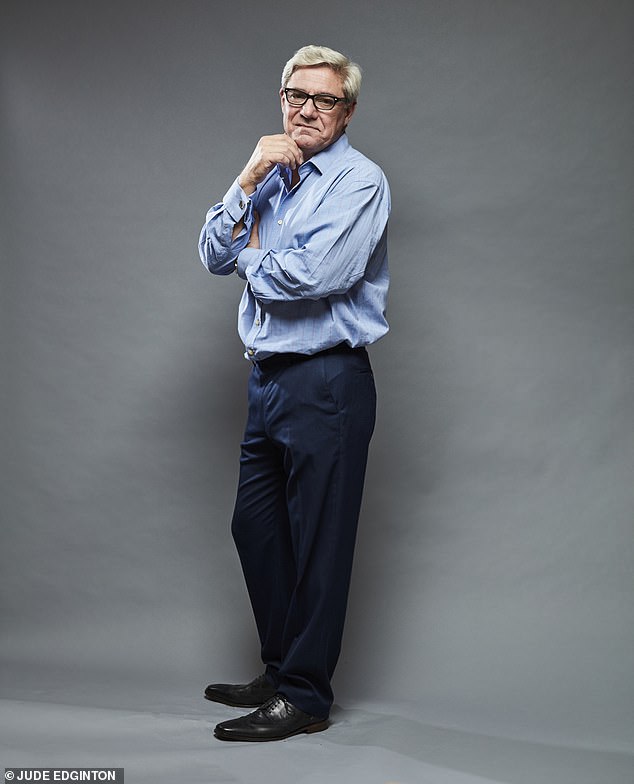 What to do? If you can both abandon your entrenched positions, it could be quite simple. Re-schedule Christmas. Have it on the 20th or the 28th and then go away for the actual holiday.

That way, he gets his day of over-eating and watching festive films — download a few! — and you can have your getaway in real-time.

Steph and I have had a slightly early or slightly late Christmas several times to fit in with other members of the family, and it’s always worked fine.

There is, however, one line in your letter I’d like to pick up on especially.

Why, I wonder, does your husband say you’re ‘not the kind of people’ who go away at Christmas? That strikes me as a needlessly stick-in-the-mud sort of attitude.

Yes, people have their traditions — some like tinsel, some don’t; some have goose or beef instead of turkey — but most of us are at least open to change, especially when it comes in the shape of an exciting foreign break.

You’re not the ‘sort of people’ who spend Christmas alone, are you? Except . . . now you are.

Life changes — there’s nothing more inevitable — and the healthiest thing to do is embrace it. If he won’t, well, what’s the alternative?

You could always down tools — there isn’t going to be a turkey on December 25 if you just don’t cook it, is there?

But I’d much rather you both compromised than allowed this confrontation to escalate possibly into something bitter and more damaging. Have Christmas, but downscale and move it. And have your much-needed, well-deserved break, too.

If your husband loves you, as I’m sure he does, he’ll agree to put your happiness above his. For a change.