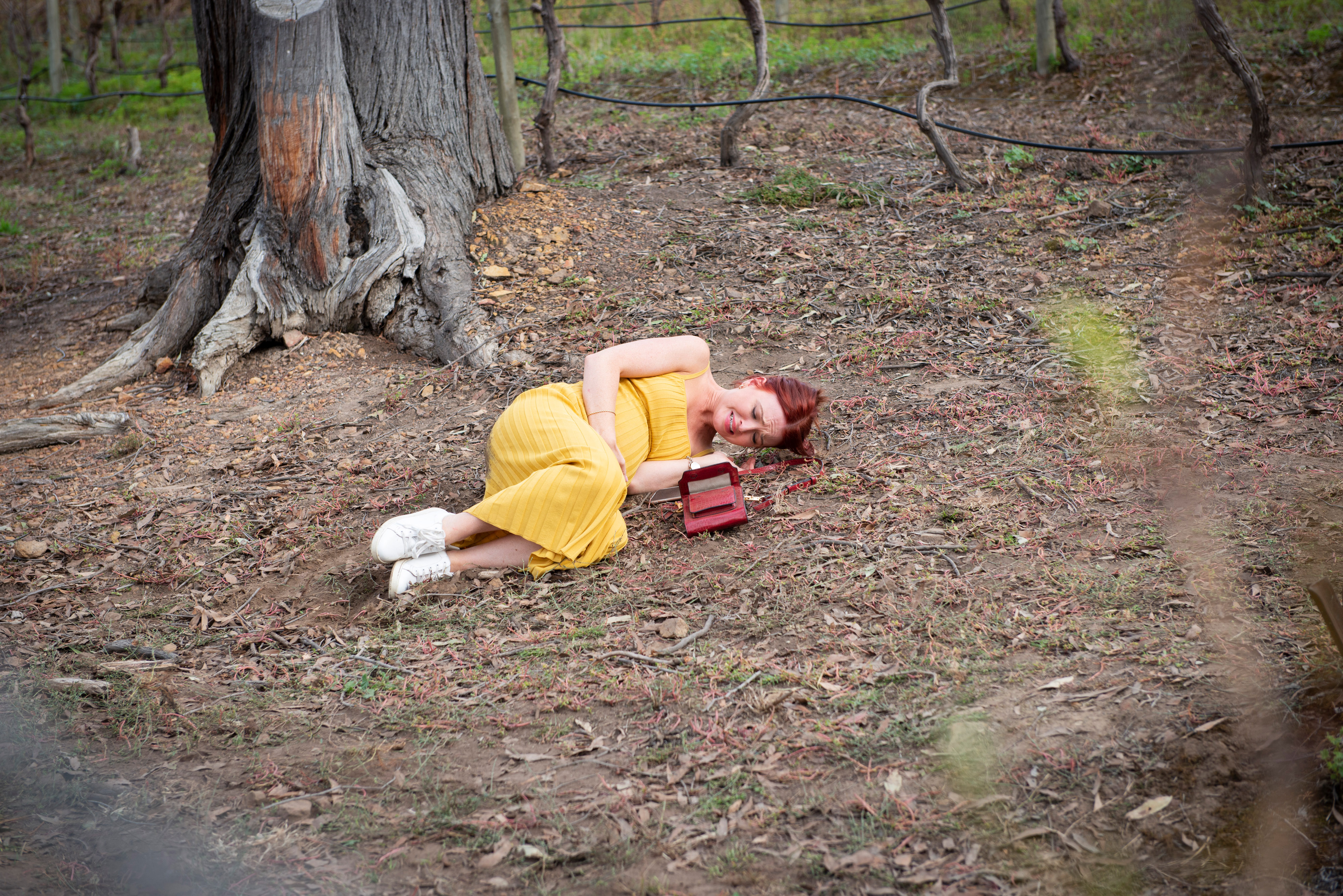 It’s not the first time Nicolette (Charlotte Chimes) and her baby have been left clinging onto life in Neighbours after nearly being crushed during the Hive break in. Will they still be lucky a second time round?

Nicolette was left in a dire situation after Hendrix (Benny Turland) called her to the vineyard after becoming concerned about Leo’s (Tim Kano) behaviour around Chloe (April Rose Pengilly). While Hendrix’s intentions were good in trying to save his former step-mum’s relationship, it could end up costing a life.

After Chloe is dragged away from her and Nicolette’s lunch get together by Leo, Nicolette is left wandering the vineyard. But disaster strikes when she gets herself completely lost, and panic sets in. As she desperately tries to find her way back she becomes careless with her footing and suffers a nasty fall.

She’s badly injured and far from any help, and in fact no one knows where she is. Nic is in a lot of pain and knows she is in danger of losing the baby. Will she be found in time?

Little does Nic know that while she is battling to keep her baby alive, Chloe is having doubts about their relationship. She starts to question whether she’s really as happy as she should be. Leo discovers these doubts and starts to capitalise on them, getting inside Chloe’s head.

Will he encourage her to cross the line?

With no word from Nic, Aaron and David are frantic. They can’t get hold of her or anyone who might know where she is. They begin to fear the worst, have they lost their unborn child?