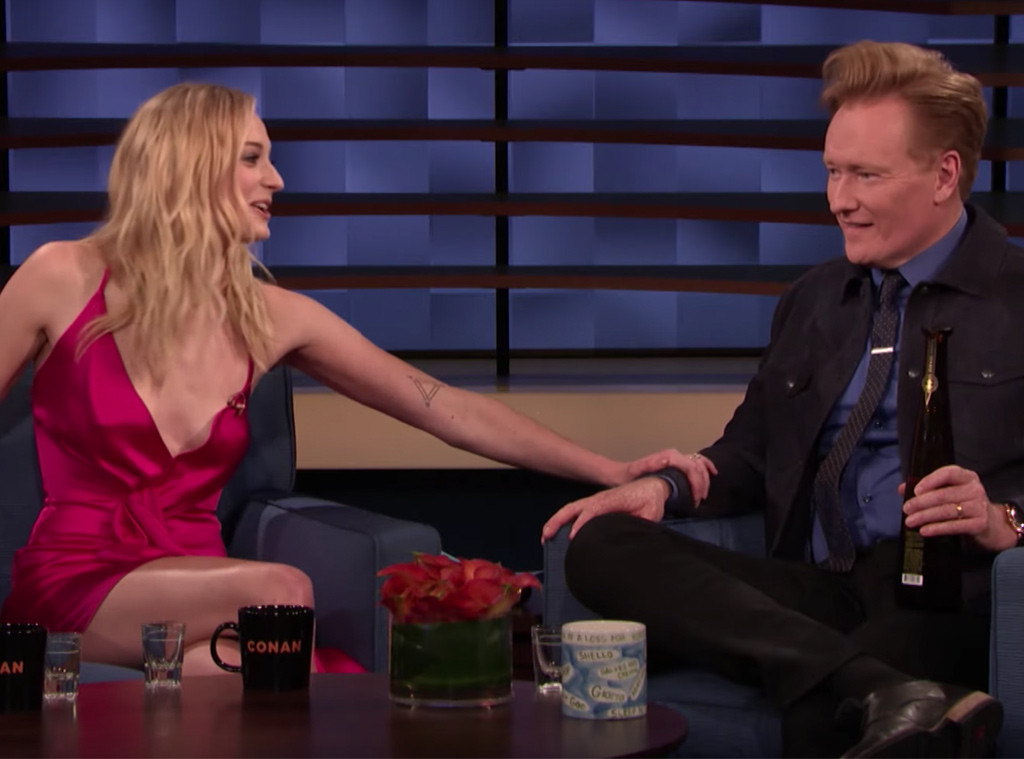 Sophie Turner smacked Conan O’Brien across the face while playing a round of “tequila slaps” on Wednesday’s episode of Conan.

To play the drinking game, players stand face-to-face and one of them takes a shot of tequila. Before the player can finish the shot, the other player slaps the drinker in the face.

After explaining the rules of the game, the Game of Thrones star took off her rings and poured the late-night host a shot. While O’Brien was downing the drink, Turner whacked him across the face. It seemed like the slap was a little harder than she intended, too.

However, the comedian didn’t seem upset.

“Wow! That was a fantastic slap,” he said.

The actress, who played the drinking game with her Dark Phoenix co-stars, then told O’Brien she’s slapped someone “harder” before.

“We go really really hard with each other,” she said, noting players give each other permission to slap before playing.

Watch the video to see them play “tequila slaps.”

Don’t miss E! News every weeknight at 7, only on E!