Giancola hasn’t been part of the show since it was revived as “Jersey Shore Family Vacation” in 2018, saying at the time she was hoping to avoid “toxic situations” in her life.

“We tried to get her back like two years ago, all of us texting her saying, ‘Come for one dinner. Why not?'” Nicole shared in a new interview with E!. “And she’s just always like, ‘No, I’ll never do that show again.’ We didn’t want to push it.” 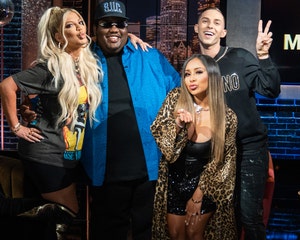 Snooki Says New Messyness Season Is Dedicated to Teddy Ray: 'He Was the Best' (Exclusive)

While it seemed she at least responded to the rest of the cast back in 2018, some of them can’t even get through to her now.

“I went to go message her a while ago and she blocked me,” claimed Polizzi. “I don’t know what I did. It’s unfortunate because we would love for her to come back. She’s a part of the show. I feel like it’s not full unless all of us are there. It’s sad.”

Back when the revival was first announced, Sammi said she declined the invitation to return because she was “at a completely different place in my life right now focusing on my businesses and relationship.”

“I am not the same person as I was when I was 22. At 31, I am currently extremely happy in every aspect of my life and want to avoid potentially TOXIC SITUATIONS,” she continued. “However, it was a difficult decision as I love my roomies. I’ve decided to focus on me, my future and what truly makes me happy. I will forever be grateful to ‘Jersey Shore’ and everything it has brought to me! I’ve just decided to live my life for me these days.” 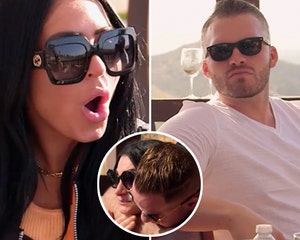 Though Sammi’s ex Ronnie Ortiz-Magro has been largely MIA from the show this season while dealing with his own mental health issues, Nicole was asked whether she thought he could be the reason she was hesitant to ever return.

“It’s been 10 years. At some point, you’re both moved on. Just come have fun,” said Nicole. “Come back to the show that was our life. I mean, we’re still doing it.”