The company announced Friday that it received the board of directors’ approval to create the new company.

The split also comes as Americans' interest in firearms has spiked at record rates. In June, background checks for firearms were up 136 percent, compared to a year earlier, according to firearms industry trade group National Shooting Sports Foundation.

Smith & Wesson shares are up now up 176 percent on the year. In its fourth-quarter earnings, the company reported earnings of 57 cents per share excluding some items on revenue of $233.6 million.

The separation will take effect through a spin-off in which Smith & Wesson will distribute all shares of American common stock to Smith & Wesson stockholders on a pro-rata basis by close of business Aug. 10. The delivery of American shares is expected to be completed Aug. 24.

Stockholders will get one share of American for every four shares of Smith & Wesson.

CLICK HERE TO GET FOX BUSINESS ON THE GO

Smith & Wesson, which will continue to appear on the NASDAQ Exchange as “SWBI,” will not retain American stock after the spinoff, as the outdoor brand will be its own, separate company.

American will trade on the NASDAQ under “AOUT.” 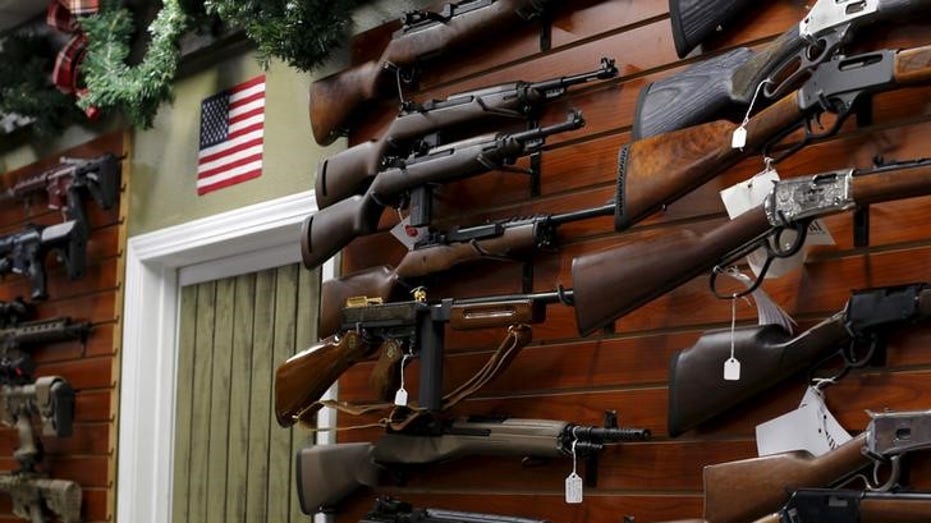 The move is contingent on customary conditions like receipt of a tax opinion from counsel and execution of intercompany agreements, according to the statement.