A package deal! Sharna Burgess and Brian Austin Green got candid about taking their relationship to the ballroom after the season 30 premiere of Dancing With the Stars, telling Us Weekly that there was “never” a discussion he would have a different partner.

“We used to joke that this wasn’t ever even a possibility and then when they called and asked about the show this season and they said we would be partnered together, it just seemed like it worked,” the 48-year-old Beverly Hills, 90210 alum told Us and other reporters on Monday, September 20. “Everything was the perfect storm, everything had aligned. It felt like such a cool opportunity, this wouldn’t have happened if we weren’t partnered.”

Burgess, 36, added, “It was never a discussion. They offered it to [Brian] on the terms we’d be partners. We always were going to be partnered together.” 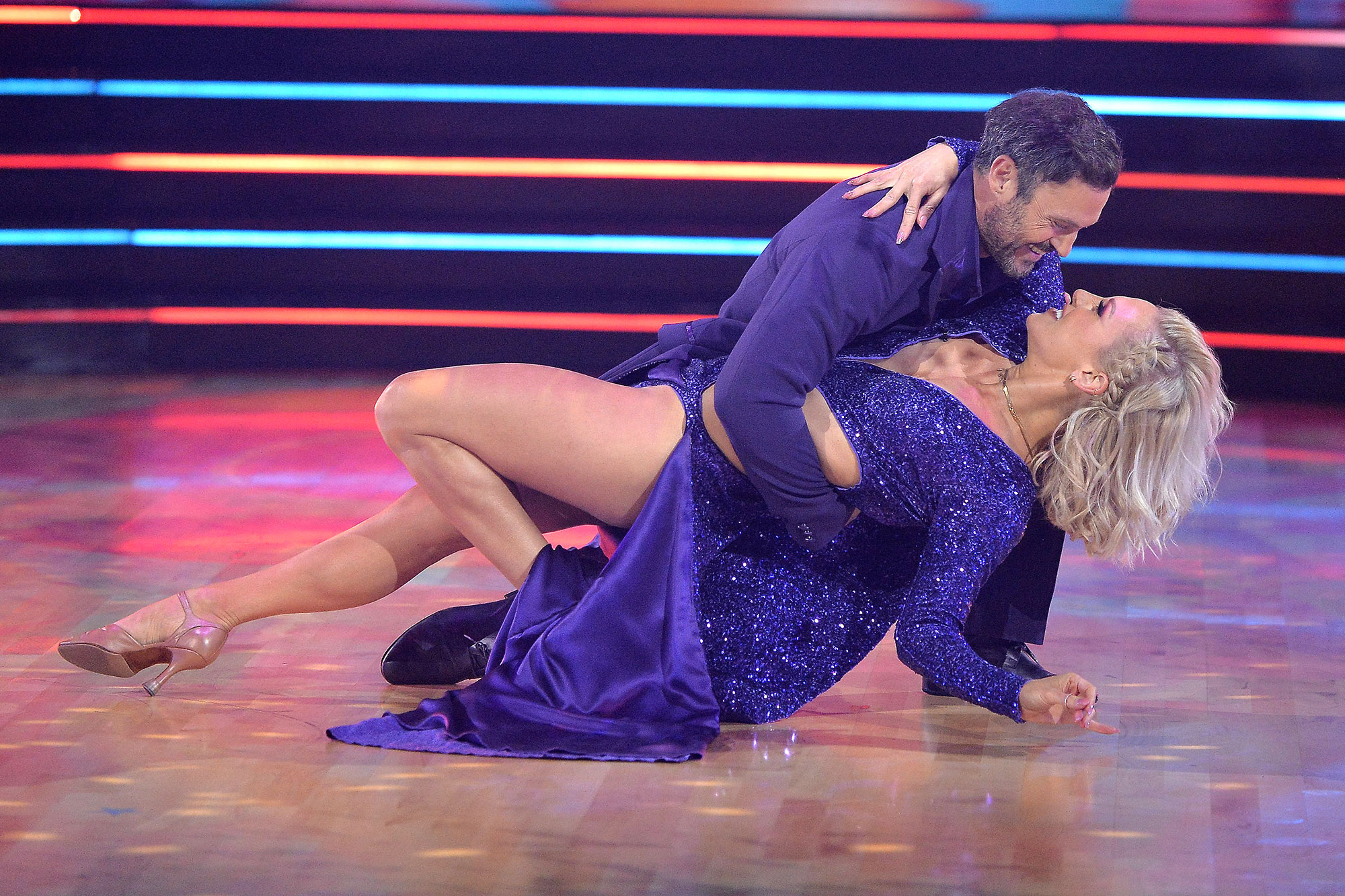 The actor and the pro dancer have been publicly linked since December 2020. Burgess called dating her competition partner a “learning curve” during the post-premiere chat.

“I’ve never done this before; I’ve never dated anyone that I’ve danced with, whether it was in my competitions or my DWTS career,” she explained. “So, everything for me is new — learning that balance, every day in how to approach it. I think that’s the biggest challenge. It doesn’t mean it’s bad, either. We haven’t had a bad moment for us because our communication is so great in our relationship, so anything that arises, we discuss it. But it is new, so it’s just that staying open to seeing what Bri is showing me and what we need as a couple in life, and what we need as a partnership on the dance floor and trying to be present to that.” 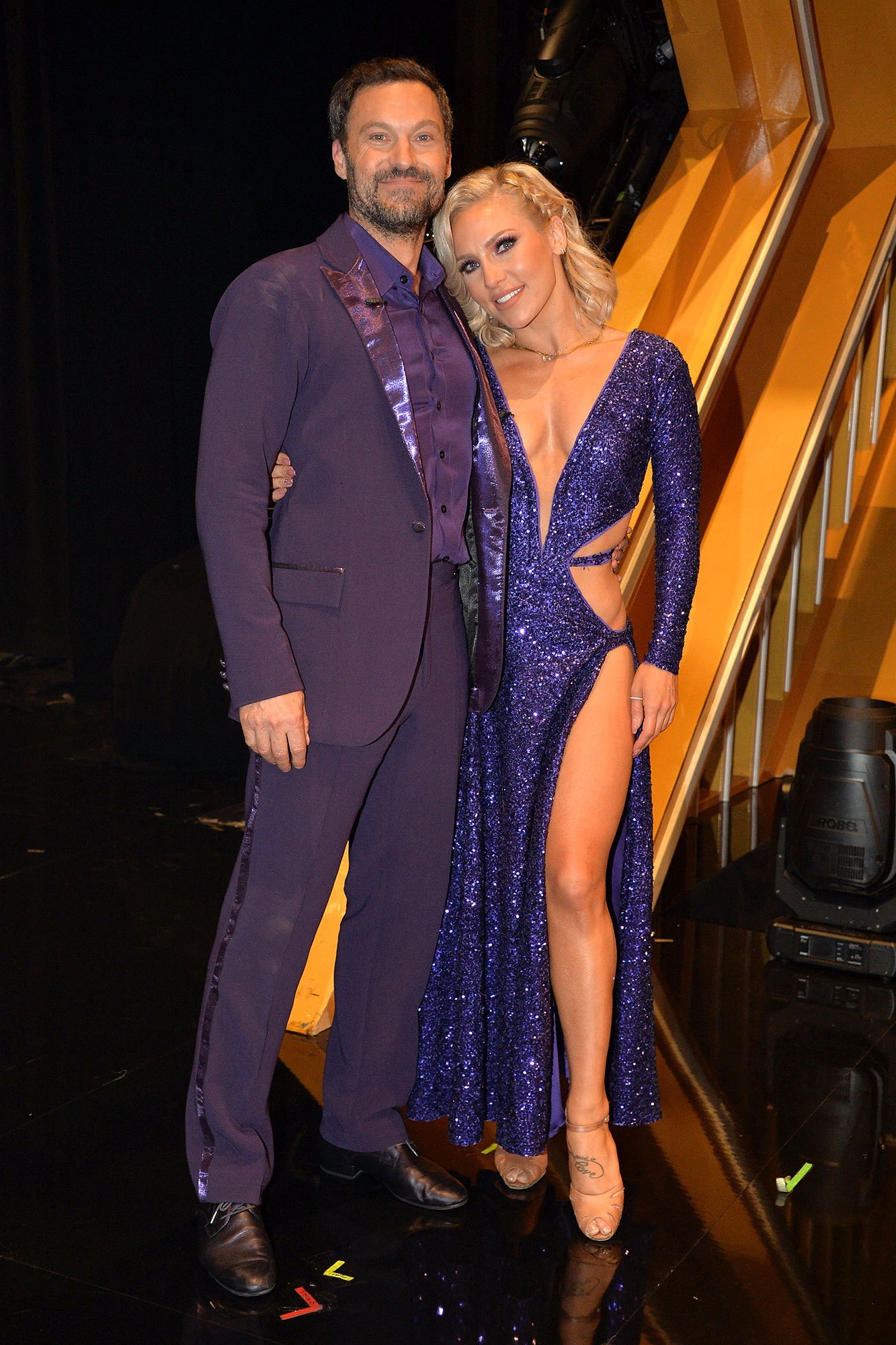 During Monday’s premiere, the couple’s Foxtrot earned a score of 24 out of 40. Their real-life romance began after his split from Megan Fox, whom he married in 2010. The twosome, who share sons Noah, 8, Bodhi, 7, and Journey, 5, announced their separation during the spring of 2020 amid her romance with Machine Gun Kelly. (Green also shares adult son Kassius with ex Vanessa Marcil.) 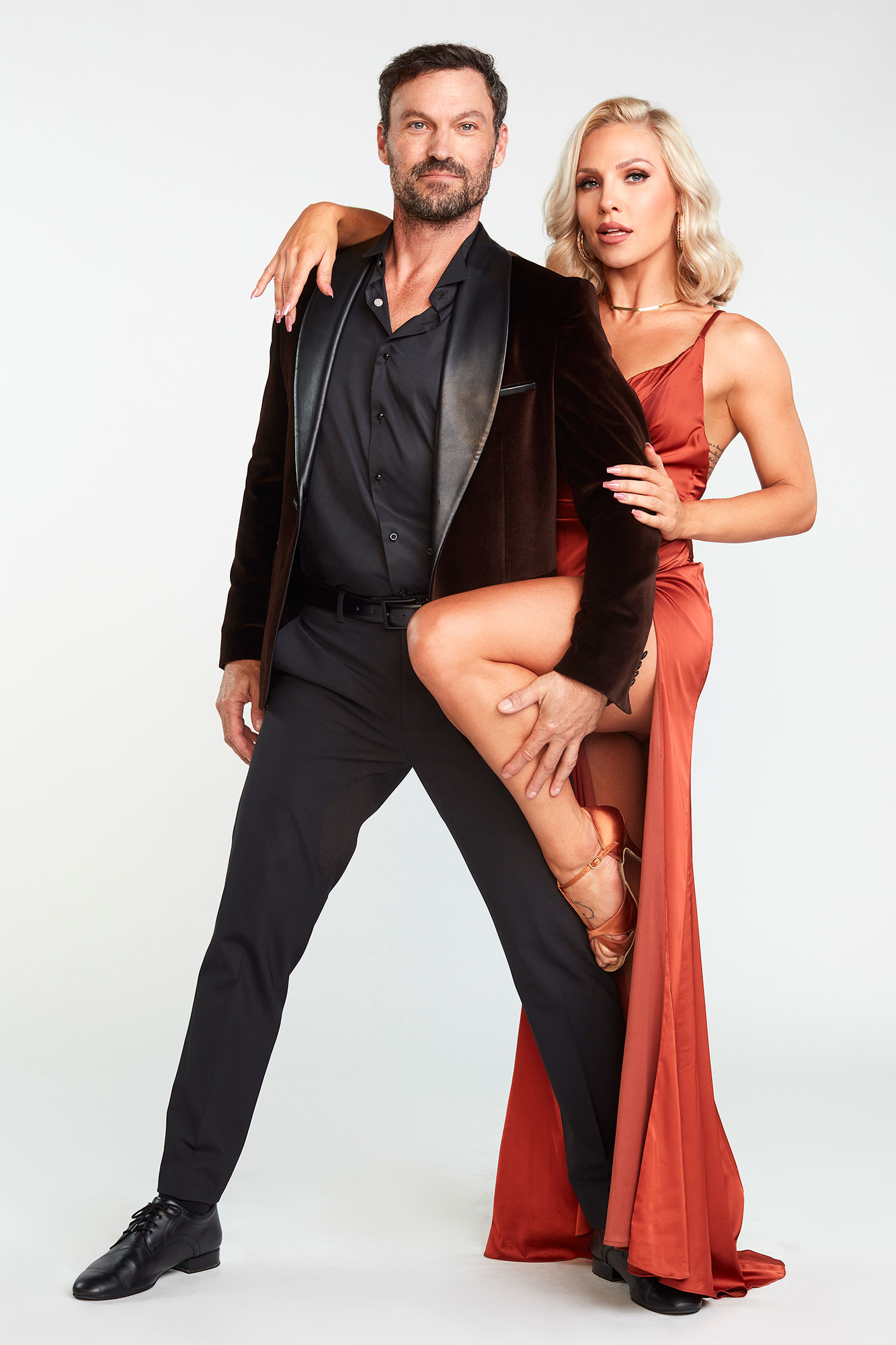 “We know we have to have balance in our relationship — we have to keep dancing at the studio and home is home,” Burgess said on Monday. “We want to make sure we do keep that separate because our relationship is very important to us too. We don’t want to mix everything and have it become stressful.”

She added that they don’t have time to dance “with kids at home.”

“Making breakfast, packing lunches for schools. We have rabbits, we have fish, we have chickens. There’s no time,” Green explained. “We schedule our rehearsal time. When we get home, we’re, like, now we’re home.”

Dancing With the Stars airs on ABC Mondays at 8 p.m. ET.