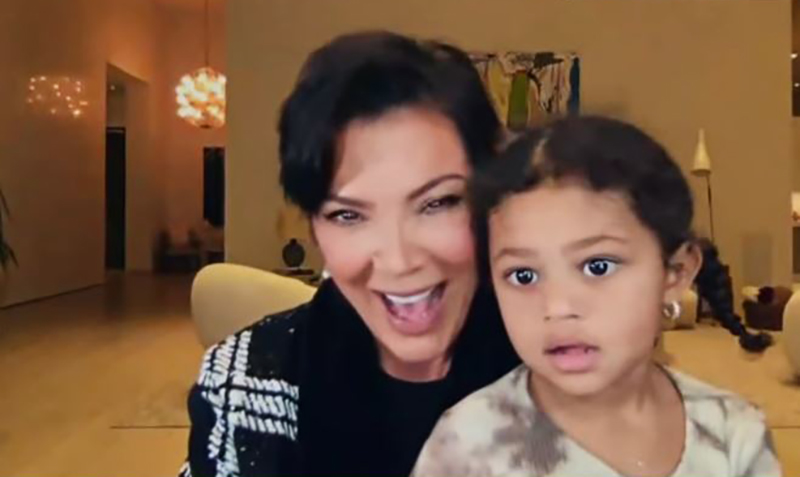 Not so fast Andy! Kris Jenner managed to escape answering a question about Kim Kardashian and Pete Davidson with the help of Kylie Jenner’s daughter.

Kim Kardashian and Pete Davidson’s Rumored Romance: Everything We Know

“Everyone is talking about Kim’s new relationship with Pete Davidson. Have you had the chance to spend time with them? How are they as a couple?” the Watch What Happens Live With Andy Cohen host, 53, asked.

After Cooper, 54, joked that his friend is “always digging,” 3-year-old Stormi appeared. 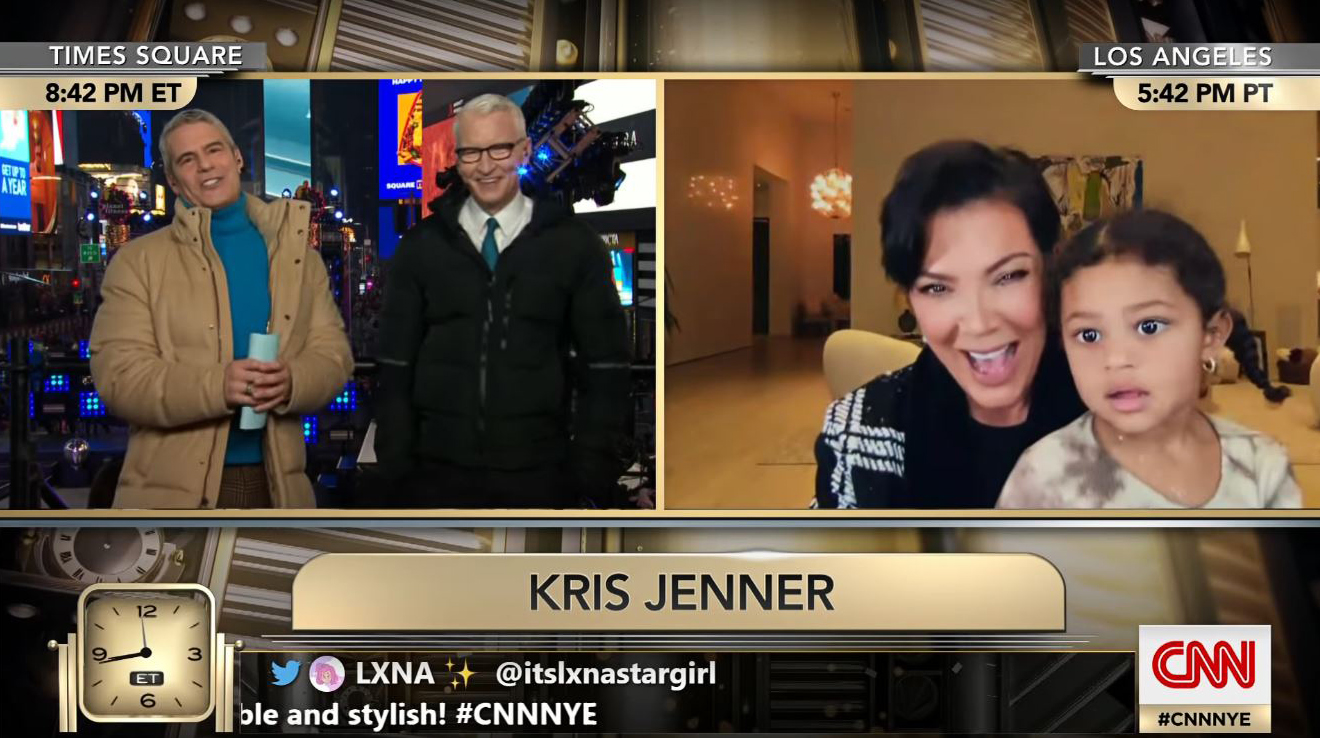 “You have a visitor,” Cooper said.

While Kris noted that she was going to bed at 9 o’clock, Davidson, 28, was cohosting Miley’s New Year’s Eve Party with Miley Cyrus on NBC. The Keeping Up With the Kardashians alum signed off before answering Cohen’s question.

Davidson and Kim have been linked since late October 2021 after the makeup mogul appeared in several sketches when she made her SNL hosting debut, including one about Kourtney Kardashian and her fiancé, Travis Barker. In an Aladdin-themed bit, the New Yorker and Kim shared a kiss.

Later that month, the Guy Code alum and the beauty mogul were photographed holding hands while out with friends at an amusement park in California. When Kim visited New York City a few days later, she was spotted spending quality time with Davidson in his native borough of Staten Island. As rumors began to swirl about their status, a source told Us Weekly that the actor asked Kim to “hang out” — but not until they were done working on SNL.

“He was a true professional the whole time they rehearsed and in between takes, but afterward things got flirty,” the insider exclusively revealed. “They exchanged numbers and Pete asked if Kim would like to hang out sometime, which she agreed to straight away.”

Ahead of their time on the NBC sketch show, the duo had “bumped into each other a few times through mutual friends,” per the source.

Davidson was briefly engaged to Ariana Grande in 2018 before dating Kate Beckinsale and Phoebe Dynevor. The KKW beauty founder, for her part, filed for divorce from Kanye West in February 2021 after six years of marriage. The estranged pair share children North, 8, Saint, 6, Chicago, 3, and Psalm, 2.

In November 2021, Davidson and Kardashian were photographed holding hands following a birthday celebration for the Meet Cute actor in Palm Springs, California, confirming their relationship after weeks of speculation. One month later, a source told Us that they “are getting serious” about each other.

“Things have definitely escalated quickly but in a healthy, fun way,” the insider shared in December 2021. “Right now, they are just enjoying their time together and seeing where things go.” 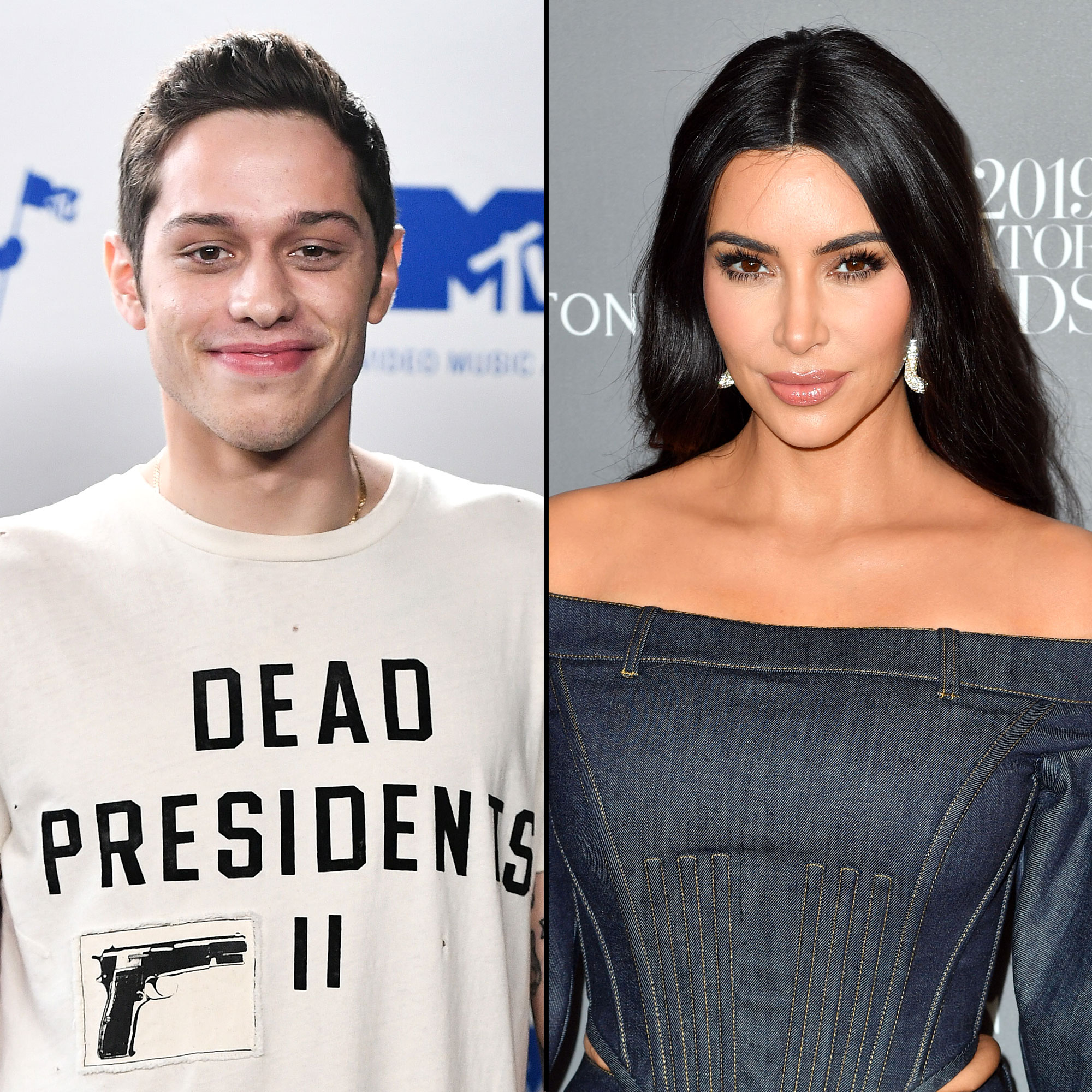 Although West, 44, has made public attempts to win his estranged wife over, a third source noted that Davidson “is not worried about Kanye.” Ahead of the holidays, the rapper made headlines when he claimed that he never received any divorce papers from Kardashian.

“SNL making my wife say ‘I divorced him’ on TV because they just wanted to get that bar off, and I never have seen the papers. We’re not even divorced,” he said during an appearance on Revolt’s “Drink Champs” podcast in November 2021, referring to the Skims founder’s SNL monologue. “So how we — because [it’s] no joke to me, my kids want their parents to stay together. I want their parents — I want us to be together.”

Eventually, however, the businesswoman filed paperwork to become legally single and requested for her last name to be restored.

“The parties’ marriage has irremediably broken down. [Kardashian] no longer desires to be married to [West],” the December 2021 docs stated. “There is no question that the marriage of the parties is no longer viable. [Kardashian] has no desire to reconcile with [West] and wants their marriage terminated. Irreconcilable differences have led to the irremediable breakdown of the marriage, and there is no possibility of saving the marriage through counseling or other means.”