Celebrating his fiancée’s win. Sam Asghari shared his excitement for Britney Spears after her father, Jamie Spears, was suspended as the conservator of her estate.

“Free Britney!” he wrote via his Instagram Story on Wednesday, September 29. “Congratulations!!!!!!!!!”

A judge approved Britney’s request to have Jamie, 69, removed as the conservator of her estate earlier on Wednesday. John Zabel was appointed as her temporary conservator until December 31, 2021. 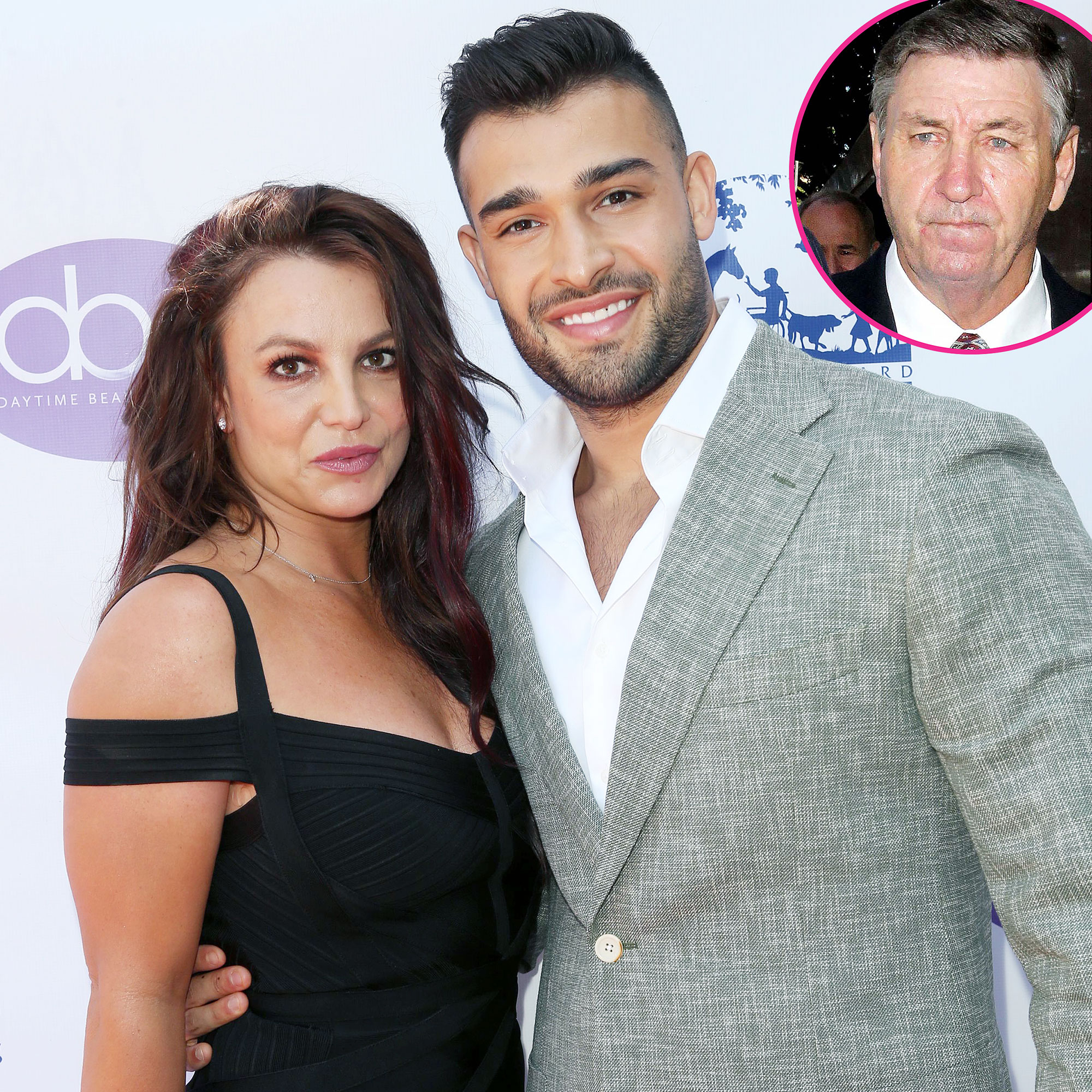 Britney, 39, and Asghari, 27, announced their engagement on September 12. The duo showed off the singer’s new diamond ring — which Asghari had custom-made for his bride-to-be less than a week after Jamie filed to end the conservatorship.

Since 2008, the father of three had legal control of the “Toxic” singer. On September 8, he filed to officially step down as conservator and even supported the court in evaluating whether a conservatorship is still needed.

Britney Spears’ Ups and Downs With Dad Jamie Over the Years

“Mr. Spears believes that Ms. Spears is entitled to have this Court now seriously consider whether this conservatorship is no longer required,” the petition states, noting that the Grammy winner’s circumstances have changed “to such an extent that grounds for establishment of a conservatorship may no longer exist.”

Jamie’s filing also noted that the probate code does not require Britney to undergo another psychological evaluation in order to end his role as guardian of her estate.

The petition was a big win for Britney and her team, who confirmed they will still pursue “financial mismanagement” investigations.

“This filing represents a massive legal victory for Britney Spears, as well as vindication,” Britney’s lawyer, Mathew Rosengart, said in a statement to Us at the time. “Having exposed his misconduct and improper plan to hold his daughter hostage by trying to extract a multi-million dollar settlement, Mr. Spears has now effectively surrendered. There is no settlement.”

Amid his strained relationship with Britney, Jamie doesn’t have a great relationship with his future son-in-law. Asghari previously publicly put Jamie on blast months before the singer spoke out against her father.

“Now it’s important for people to understand that I have zero respect for someone trying to control our relationship and constantly throwing obstacles our way,” the actor shared via his Instagram Stories in February following the release of the New York Times Presents “Framing Britney Spears” episode. “In my opinion Jamie is a total dick. I won’t be going into details because I’ve always respected our privacy but at the same time I didn’t come to this country to not be able to express my opinion and freedom.”

The Iran native made it clear he wants to start a family with the Crossroads star. “I want to take my relationship to the next step, as well,” Asghari told Forbes in March. “I don’t mind becoming a father. I want to be a young dad.”

An insider told Us that he’s a “natural around little kids” at the time.

However, Britney’s bombshell testimony at a June conservatorship hearing resulted in the shocking accusation that her legal guardians stopped her from getting married and forced her to keep an IUD in as a form of birth control, despite her desire for kids.

“I want to be able to get married and have a baby,” the “Oops I Did It Again” performer — who shares sons Sean Preston, 16, and Jayden James, 15, with ex-husband Kevin Federline — said. “I was told right now in the conservatorship, I’m not able to get married or have a baby, I have an IUD inside of myself right now so I don’t get pregnant. I wanted to take the IUD out so I could start trying to have another baby. But this so-called team won’t let me go to the doctor to take it out because they don’t want me to have children — any more children.”