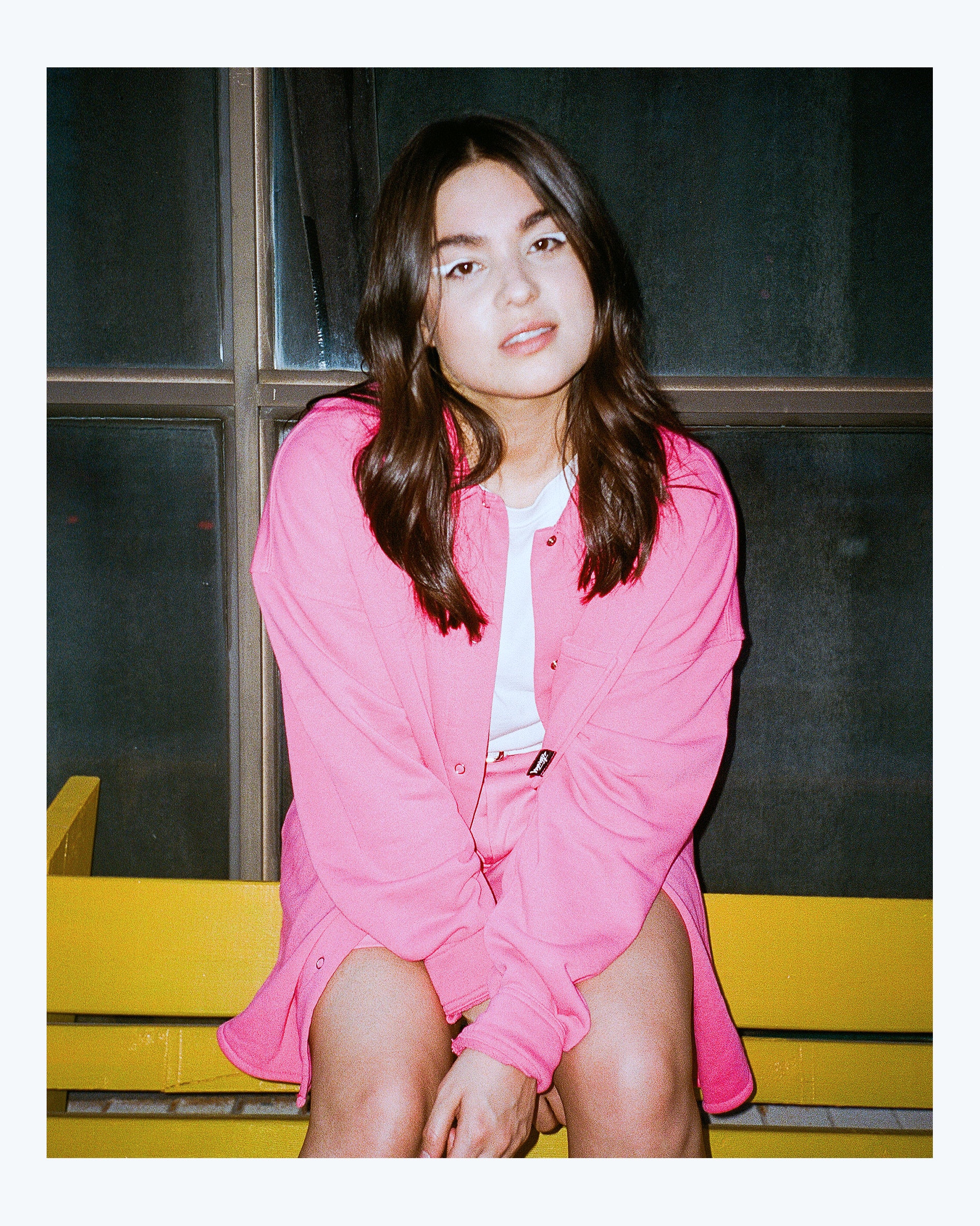 Devery Jacobs, the star of the critically acclaimed (and criminally underwatched) FX on Hulu series Reservation Dogs, has always known she wanted to act. But in 2013, after she was cast in her first leading role in a feature film called Rhymes for Young Ghouls, Jacobs got a taste of Hollywood. “That was the first time I had seen my experience reflected and characters that resembled my family,” she told W, calling from Toronto. After wrapping the film, she thought every project in the industry would give her the same feeling—one of inclusivity and acceptance. “I moved to New York and thought my whole life was going to change, but I quickly learned that film was actually the exception,” she said. “There were so few roles for Indigenous people and so few filmmakers afforded the opportunity and budgets to create that.”

But being cast as Elora Danan in Reservation Dogs has shown her that “significant changes in the industry” are happening, regarding who is able to tell stories in film and television, and “whose stories are deemed valid.”

Just before she presented an award at the 2021 Emmys alongside her Reservation Dogs cast, Jacobs spoke to W about her whirlwind summer playing Elora Danan on the series. “I grew up watching award shows and loving them and idolizing people like Sacheen Littlefeather from the Oscars,” she said. “It was something that I dreamed about, but never something I tangibly imagined for myself.”

On Reservation Dogs, Jacobs plays one of four Indigenous teens living in rural Oklahoma committing petty crimes to save up enough cash to get off the reservation and ship out to Los Angeles. Created by Sterlin Harjo and Taika Waititi, the show is written by an all Indigenous writing team and stars almost an entirely Indigenous American cast—which has made the series stand out as one of the few projects in mainstream Hollywood to tell Indigenous stories that, as Jacobs would say, just feel “normal.”

“Because it was created by Indigenous people for Indigenous people, I had so rarely seen our voices be shared specifically in a comedy,” she told W. “It was so inherently Native that when I was watching it, it became invisible to me because it was absolutely normal and what my family sounds like. I was like, what do you mean this is something different?”

Still, the actress is quick to point out that people from Indigenous backgrounds are not a monolith, and the stories told on screen will not all be the same. Take the third episode of Reservation Dogs, for example. There’s a moment in which the four teens arrive at Elora Danan’s uncle’s house, where they see an owl and immediately turn away, because an owl can sometimes be seen as a bad omen. “I’m Mohawk and we don’t necessarily have that same omen with the owl as other nations do,” she said. “We’re specifically telling the story of Muskogee Creek and Seminole kids. That’s the beauty of being part of this—bringing our own influences and me growing up on my res, but then also being open to and learning about the history of that territory and diving into the character from that specific part of the world.”

Jacobs grew up in Kahnawake, a Mohawk reservation just outside of Montreal. She told W that aside from one other relative, she is one of the only members of her family to move off the reservation. But she is adamant to point out that whatever the prevailing assumption is about people who live on or leave reservations, it’s not necessarily applicable to her. “Unlike Elora Danan, who has a difficult relationship with the place she grew up, and who has a disdain and urgency to leave, my community is very different. Like I said before, we’re not a monolith, and that goes for reservations across North America,” she explained. “I think so often people imagine Native communities living on the poorest reservations, and that does exist in some places, but that’s not the case for everyone. Because Kahnawake borders a major city, we have a lot of economic prosperity. It’s kind of like a typical suburb. I had the privilege of growing up in a place where I was surrounded by my culture and family who have such pride being Mohawk, and we had a lot of access to things downtown.”

“I never thought I was going to leave, growing up,” she said. “I didn’t see a reason to leave until I decided to pursue acting seriously, but I have a lot of love for my community which will always be a huge sense of home for me.”

Now that Reservation Dogs—which closed its first season with a bit of a cliffhanger—has been renewed for a second season, Jacobs is gearing up to jump back into Elora Danan’s shoes. “I hope that Elora finds some healing and closure and sense of family that she desperately needs, for her sake,” she said. “But I’m looking forward to season two because we only got a slice of this world that we’re peeking in on as audiences. There’s so much that happens in Indigenous communities. On my res, there’s Pow Wow weekend and everything happens then—competitions, awesome food, drama—so I would love to see an episode where that happens in the Oklahoma equivalent. I’m excited for audiences to see the broader scope of the town that these kids are from, and I want to see them get into more shenanigans.”