After Chris Harrison announced he was ‘stepping aside’ from the ‘Bachelor’ franchise, following his recent controversial comments, Rachel Lindsay told us how she believes the show should take action moving forward.

Rachel Lindsay thinks it’s time for the Bachelor franchise to “do better” and “listen” to those who are “underrepresented.” The former Bachelorette discussed her thoughts on the future of the hit show to HollywoodLife, after host Chris Harrison apologized for comments he made in defense of Rachael Kirkconnell, who’s currently competing on Matt James‘ season. Chris has since announced that he is “stepping aside” from the franchise for “a period of time” in wake of the controversy.

“I think the franchise needs to listen. I think the franchise needs to listen to the people who are saying they’re upset, to the people that are saying the feel uncomfortable about some of the things that are transpiring,” Rachel explained during an exclusive interview, while also discussing her philanthropic work with Nicklaus Children’s Hospital. “I think people got complacent after the announcement of Matt James, and thereafter, [former Bachelorette] Tayisha [Adams] and then you realize more work needs to be done after the things that happened this week. So, I really think you need to listen to the people that are underrepresented in the franchise and not be afraid to shake up your core audience.” 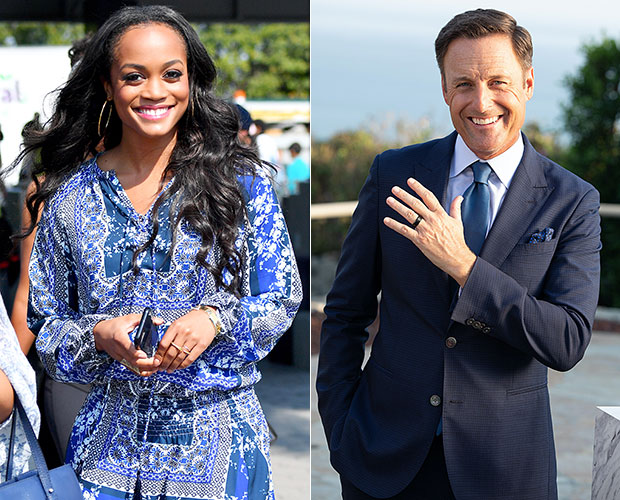 Rachel went on to explain that “people of color are underrepresented and there’s a reason the show addressed it. The show, when they put out their apology last summer, they said, ‘We’ve been on the wrong side of things,’ and they recognize that they hadn’t been doing things the right way and I think that there’s a reason that all the leads looked a certain way,” she admitted. “It’s playing to a certain audience and I think that people are tired of that. People want to see the franchise reflect what America looks like.

So, when I say underrepresented, I mean people of color who don’t feel that they are given the same opportunities — that don’t feel like they are accepted by the audience in the same way and that’s evident by looking at the following on social media accounts,” Rachel continued. “Look at people of color on social media and their following, their numbers versus contestants that are not of color… It’s very evident who the audience supports, who they want to follow and I think the franchise has got to start listening to just more than one audience and I think when they do that, that they’ll be better,” she said.

As the first-ever Black Bachelorette, Rachel ultimately wants to “see diversity and inclusion with something that I was affiliated with.” She noted that “it has been very moving to see the contestants come together and say, ‘This is what we stand for as well.’ — That’s all I want to see is people to feel like they can step up, use their platform and do it in such a fearless way,” she said, adding, “People are wanting to do better and they are demanding it.”

As for those who claim ‘Rachel wants to tear down the franchise’ by using her voice to make change? — “That couldn’t be farther from the truth,” she said, explaining, “I just want to see people do better, just like in this country, we want to see it be better. We are so divided, so I just want to see things better for something that is very near and dear for me, something that worked for me,” Rachel said in reference to her season ending in an engagement to husband Bryan Abasolo. “I’m never going to advocate for firings. I’m never going to advocate to see this franchise go away, to tear things down,” she said, adding, “I’m just going to challenge people to do better.”

Chris came under fire after a February 9 interview with Rachel, via Extra, aired, in which the pair discussed Season 25 Bachelor contestant Rachael Kirkconnell, and the controversy surrounding resurfaced photos of her attending an Old South-themed party in college. “I have spent the last few days listening to the pain my words have caused, and I am deeply remorseful,” his first apology read. “My ignorance did damage to my friends, colleagues and strangers alike.”

In a second lengthy apology, Chris wrote in part, “By excusing historical racism, I defended it. I invoked the term ‘woke police,’ which is unacceptable. I am ashamed over how uninformed I was. I was so wrong,” he penned.