Home » Lifestyle » Questions to ask before marriage, according to divorce lawyers

Contrary to the dire predictions, many Australian couples have become stronger than ever since the start of the pandemic.

And for singles, the end of lockdown may mean diving back into the dating game or resuming a romance that perhaps never got off the ground due to the sheer difficulty of changing restrictions. 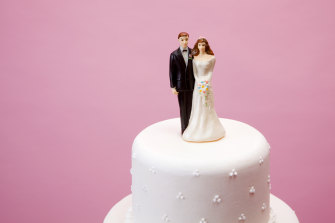 Whatever your relationship stage, there are key questions to ask your partner before taking things to the next level – and it starts with an everyday household task. Credit:iStock

Whatever your relationship status, there are key questions to ask your current or future partner before taking things to the next level which divorce lawyers believe are not only helpful, but are saviours.

Can you please take the rubbish out?

This question will challenge every marriage and relationship mediator, lawyer and conflict resolution specialist Anne-Marie Cade says it has to be addressed early. “You never have to ask that question if there’s been an agreement on who does what in the house,” Cade says.

“You can’t assume your partner will pick up their share and when they don’t, it leads to frustration, resentment and blame. Then, it’s just too far gone to repair.

“There has to be shared duties, responsibilities and you need a strategy for how that will work.”

How much do you earn?

It’s common when a relationship breaks up for one person to have been left in the dark about finances. If one spends up at Space Furniture, believing it’s easily financed, and the other hits the roof, the cracks start to widen.

“You have to set boundaries around finances based on understanding what you both earn and what
your budget is,” Cade says. “Credit card debt, assets, HECS are all crucial and you have to work out whether to have a joint account or personal accounts as well.”

Cade says it’s common for one party to have a house deposit or been given the money by family but, without a financial agreement, that money is split in half when the relationship ends.

Do you want children?

It sounds basic but Belleli King & Associates partner Brendan King says it’s often assumed both parties want children. “It’s very important to have this discussion once the relationship becomes serious because there’s no protection against a situation where the man suddenly flips if he hasn’t thought about having children and the wife becomes pregnant,” King says.

“Then, the husband may expect the woman to stay at home to look after the child full-time but she wants to go back to work. This comes across as a form of control and it’s insidious because it starts off appearing to come from the right place but can cause separation down the track.”

Are you sure you need another book?

There’s a pile of unread books on the shelves when a new mail delivery arrives at the front door.
What is it? Sure enough, three new books.

“It’s common for one party to be more carefree with their money, thinking that buying a coffee every morning gets them going while the other party thinks it’s a waste,” King says.

“There are so many lifestyle issues like this that can be problematic particularly if one party makes candles for a living, for example, and the other is a top executive.

“Prior to the marriage, annual holidays may have been commonplace but when one starts to see it as a waste of money, resentments can build.”

Can we do a pre-nup?

It’s an awkward conversation to have but once it’s done, it never has to be raised again.

“Relationships are based on love and trust and it can seem clinical or like there’s a lack of trust to broach the topic of a financial agreement,” King says. “But some people have unrealistic expectations and, if they’re in a relationship for a short period of time and separate, they have an entitlement to 50 per cent of the asset pool so it’s worth asking ‘what would you imagine would happen to our assets if we separate?’”

Do you have a good relationship with your mum?

Barrister Darren Mort says fathers play a huge role in a child’s long-term emotional and psychological health but, after representing people in the family court for 32 years, he believes the relationship with your mother is the clincher.

“If a child hasn’t attached with his or her mother, particularly in the critical phase of attachment, their life will prove to be a little more difficult to navigate into the future,” Mort says. “Nature is a powerful force to be reckoned with and people need their mother to nurture their emotional health and wellbeing – they need a feeling of safety and security.”