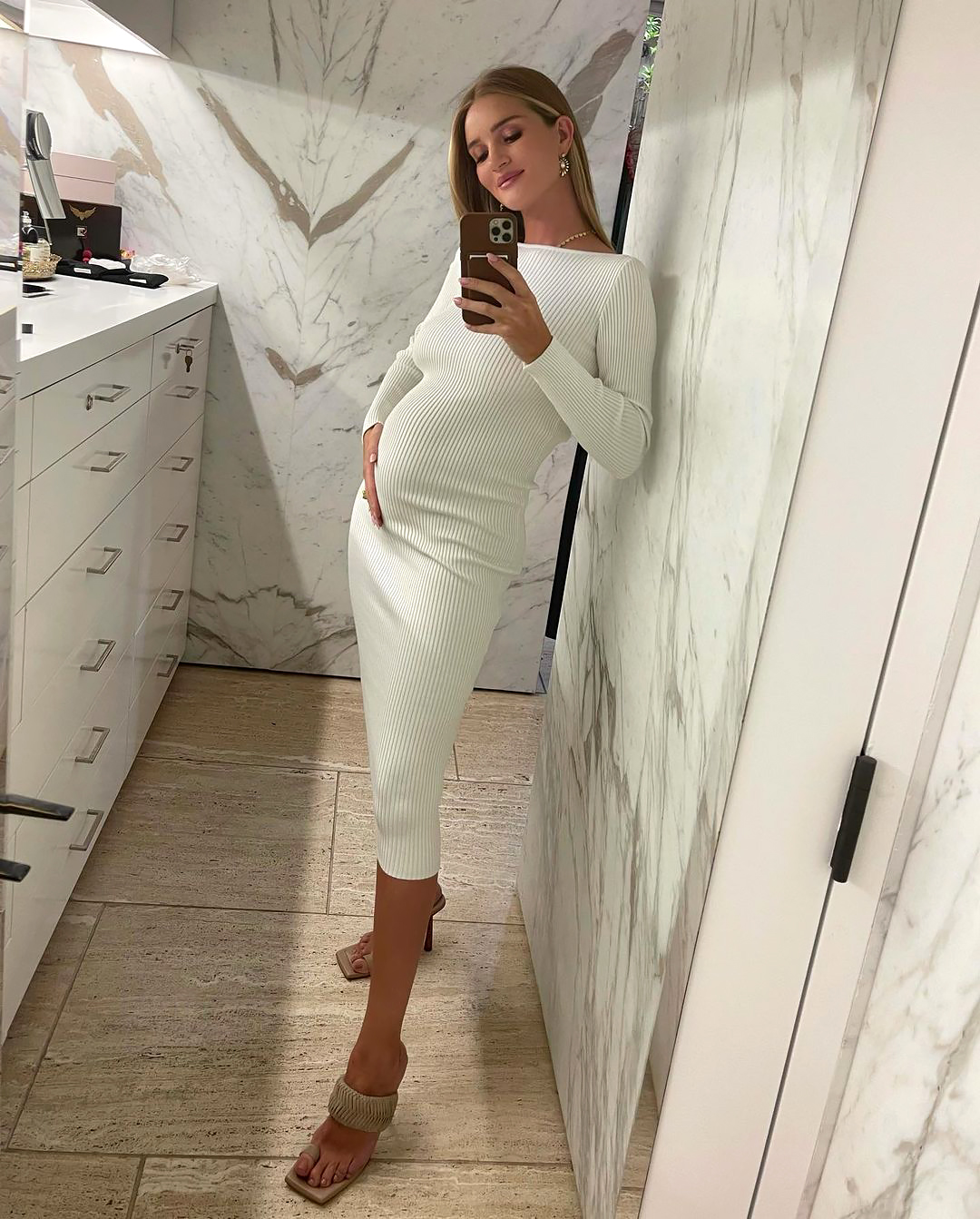 In the social media upload, the expectant star showed a variety of different outfits, ranging from black jumpsuits to matching gowns. In the final photo, she cradled her baby bump in a tight white dress.

Fellow models-turned-moms gushed over her news in the comments. “Congrats!” Elsa Hosk, who shares 6-month-old daughter Tuulikki with Tom Daly, wrote, while mother of three Karolina Kurkova added, “Soo happy for you.”

The reveal came four months after the English model debuted her budding belly in a bikini on the beach. “Very happy to share that Jason and I are expecting,” she captioned the Instagram announcement in February 2017. “Lots of love.”

The Mad Max: Fury Road star gained 55 pounds while pregnant with her baby boy, which she called a “very humbling” experience in December 2019.

One month prior, the Transformers star exclusively told Us Weekly that motherhood came with another unexpected twist, bringing her closer to Victoria’s Secret’s Behati Prinsloo.

“Behati and I have grown up together,” Huntington-Whiteley said of the Namibian model, 33, who shares Dusty, 4, and Gio, 3, with Maroon 5 frontman Adam Levine. “I’ve known her since we were 15, 16, starting out in London as young models and then we moved to New York around the same time … and then we both moved out to L.A. Since we’ve had our children, they play together, we get together. It’s very sweet to see all these years go past with the different stages we’ve gone through.”

Huntington-Whiteley and Statham, 54, got engaged in 2016 after nearly five years of dating.