Some classic American foods are a delight to diners worldwide – like cornbread or apple pie.

But the less tempting options shared by social media users from the US and beyond, and collated by Bored Panda, are likely to turn your stomach.

Among the less than mouthwatering options listed is a savoury jello recipe, stuffed with what appears to be kiwi fruit, olives, and oysters.

Meanwhile another disgruntled diner spoke of their distain for a Midwestern ‘fruit salad’, a very sweet dessert packed with marshmallows.

Here, FEMAIL shares the American foods that have caused quite the stir on social media… 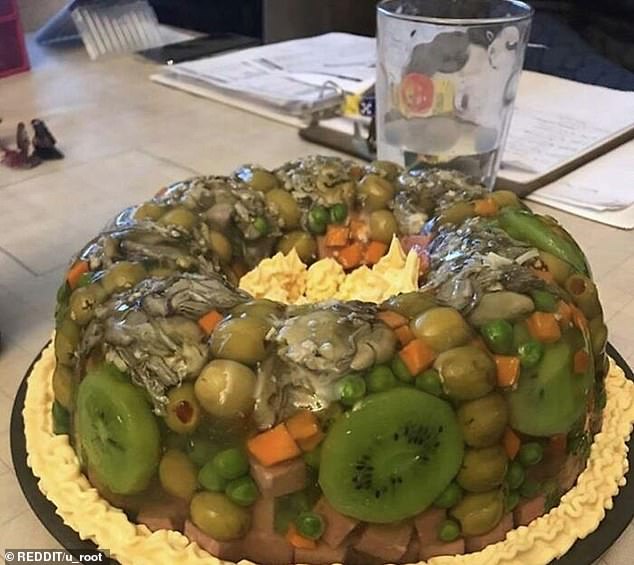 This ‘savoury jello’ dish, shared by a user thought to be based in the UK, boasts a jelly base stuffed with what appears to be kiwi fruit, olives, and some kind of sea food, possibly oysters 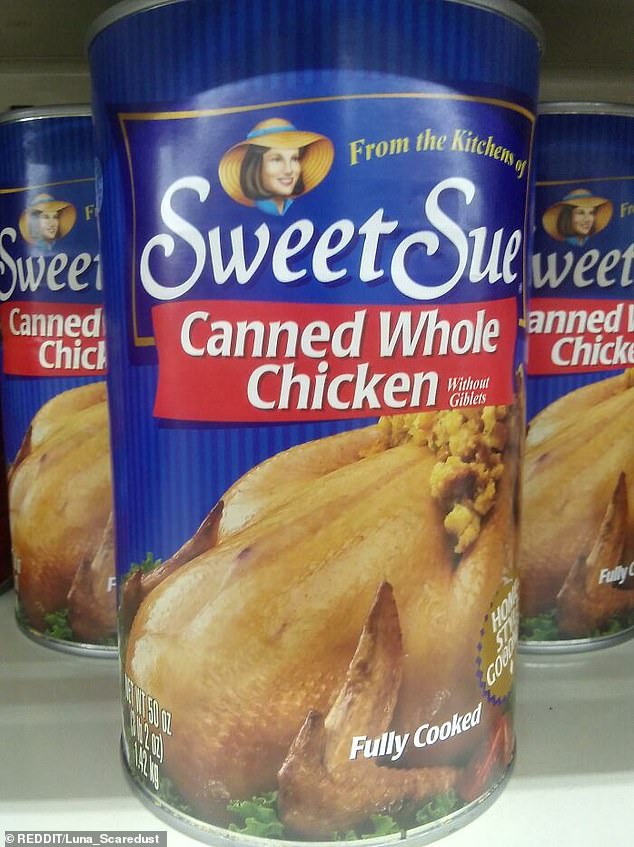 For many, whole canned chickens were described as one of the grossest US foods, with one social media user saying ‘no sane person’ has ever consumed the product 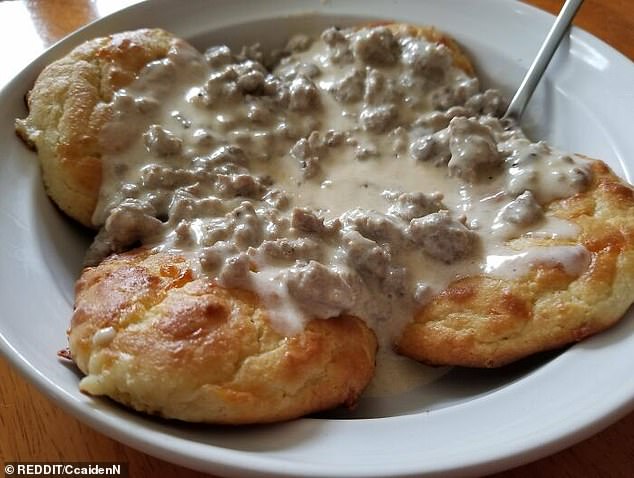 Among the dishes cited by social media users were biscuits and gravy, with the sauce described as ‘too salty’ and ‘congealed’ by one grossed out diner 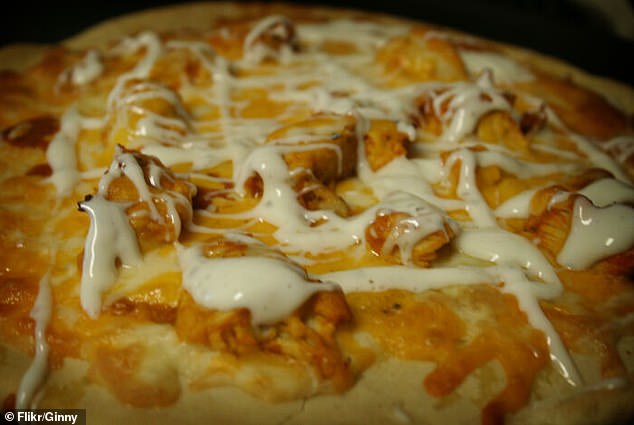 However, ranch on pizza split opinion somewhat, with some saying the combination was inexplicable, but others expressing their appreciation of the sauce 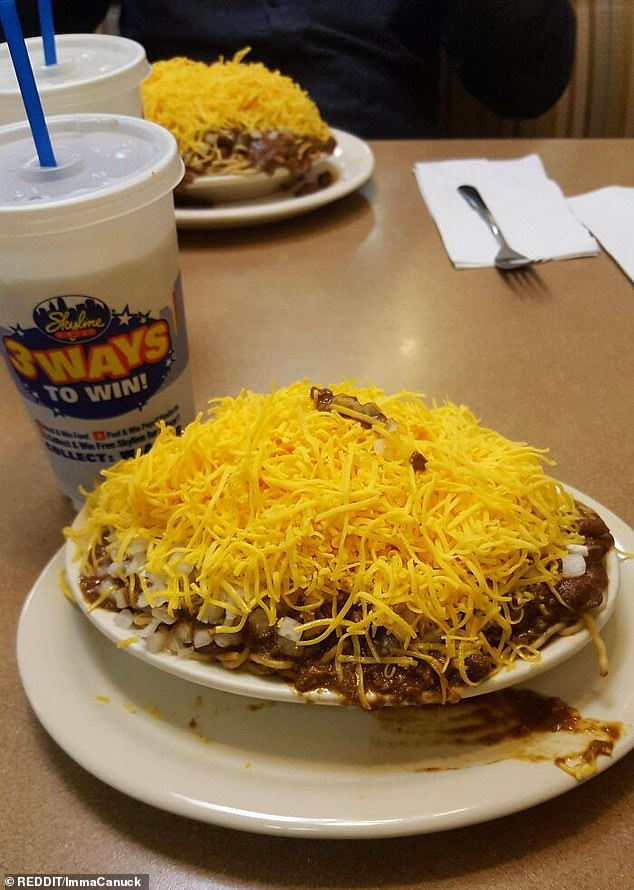 Cincinnati chili was cited by some an unpopular dish. Unlike its more traditional counterpart, the meal boasts spices like cinnamon, cloves, nutmeg, and allspice, giving it a sweet flavour 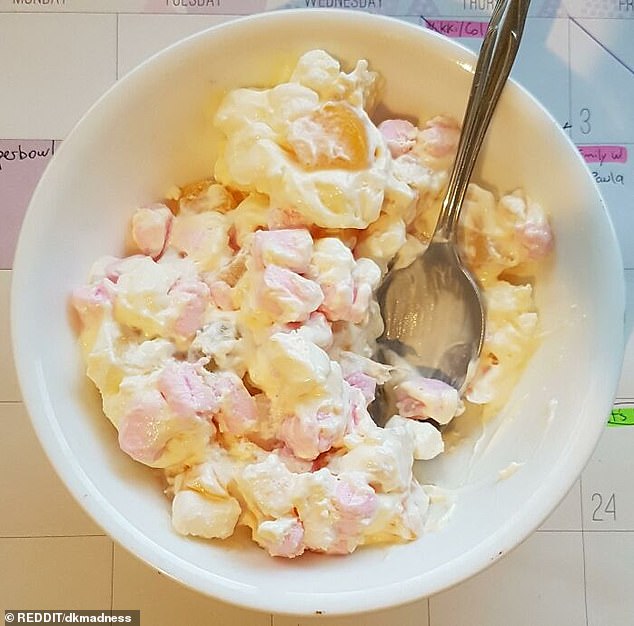 Known as ‘Midwestern fruit salad’, this dessert mixes a lot of marshmallows with cream and a tiny bit of fruit, making it too sweet for some 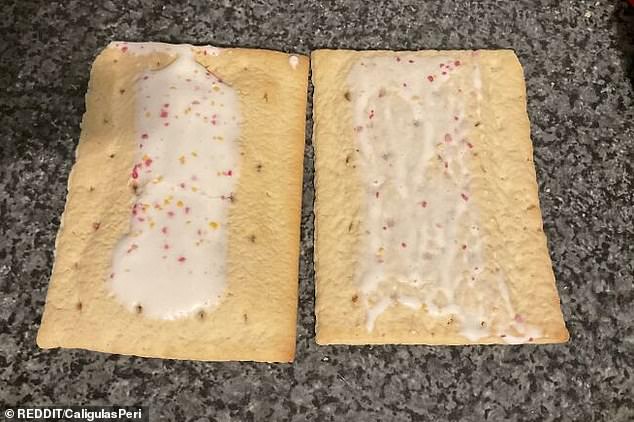 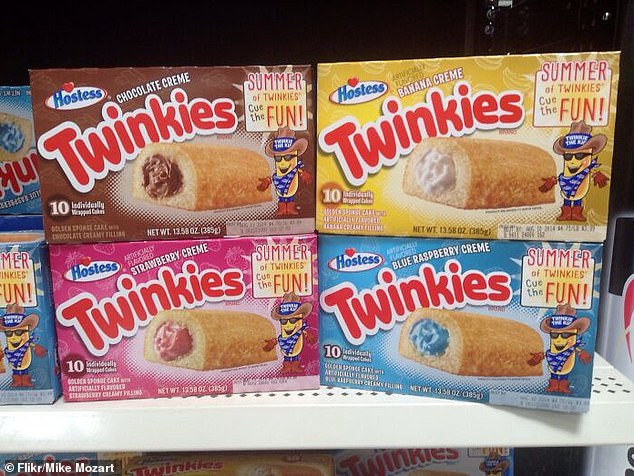 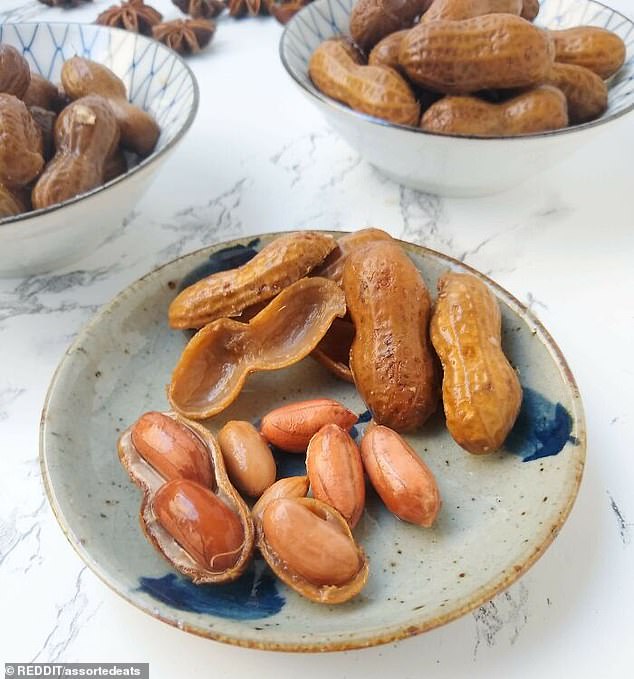 Boiled peanuts, which are said to be popular in the south, were described by a US social media user as having a very bad ‘stench’ 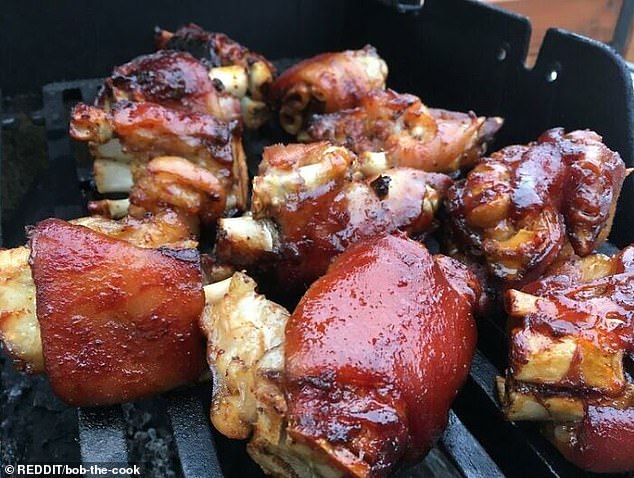 Pigs feet, which are eaten in countries around the world and not just in the States, were another dish that split opinion, with some branding them gross, but others enjoying them