Despite appearances, Paulina Porizkova is still grieving the loss of husband Ric Ocasek almost two years after his death.

“I know it looks like my life is now perfect; living in a lovely apartment, just featured on the cover of Vogue, attending the Oscars with my man…” she captioned a new video interview with Yahoo! on Monday. “I’m immensely grateful for all the new and beautiful gifts I’m receiving from life.”

But, she added, “I still cry. Almost every day. And although I desperately want to feel and only focus on the hope and possibilities that are still ahead- sometimes I just can’t.

“Broken hearts don’t mend easily or quickly. But they do mend.”

Porizkova, 56, wed the Cars lead singer in 1989 and had two sons together — Jonathan, 27, and Oliver, 22. The couple announced their separation in 2017, but were not legally divorced — and still living together — when Ocasek died suddenly in September 2019 from heart disease and pulmonary emphysema at age 75.

Porizkova was stunned to learn at the time that he had cut her out of his will. She recently revealed that she was so cash-poor after Ocasek’s death that she was forced to rely on friends to buy groceries with no prenup in place.

In the new interview, Porizkova said she chooses to believe that her omission from his will was a “mistake” that he didn’t have time to correct because he died so suddenly.

“And that’s not his fault,” she continued. “And I’m going to choose to go with that because there’s no one to tell me any different.”

The Sports Illustrated model says she thinks of the rocker “every day, sometimes (in) anger but as time has gone by I think about him with more and more tenderness.” 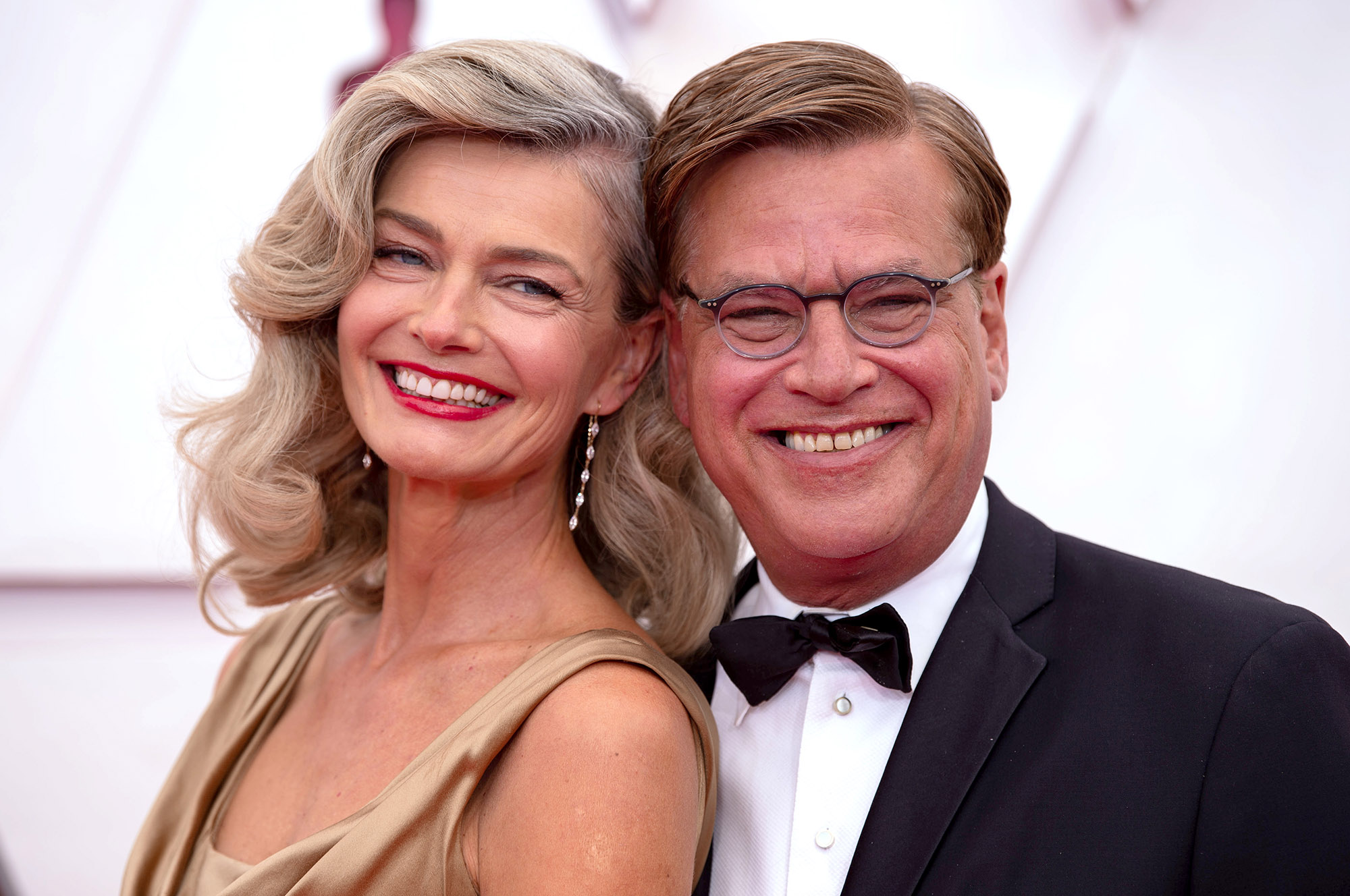 The couple made their red carpet debut at the 2021 Oscars — where she wore a 15-year-old gold dress she had in her closet.

“The intimacy of it was lovely; but it was also freezing in the room (all that ventilation) which incidentally also allowed me to snuggle close to my date. Who, yes, kept me warm all night,” she said of Hollywood’s biggest night, adding of her dress, “I figured it made me look sort of like a female Oscar — so in case Aaron didn’t win one — he could still take one home.”