Law & Order: Organized Crime is pushing full steam ahead taking down criminals in season 2. Sergeant Ayanna Bell is leading the way with the squad, and Stabler has recently gone undercover with the KO. After being poisoned and stumbling to Benson’s place to make a confession, Stabler ended up at Bell’s apartment in the last episode.

HollywoodLife got EXCLUSIVE scoop from Danielle Moné Truitt about what’s next for Bell and the crew. Danielle admitted there will be some “pushback” between Bell and Denise as Stabler requires more of Bell. She also didn’t rule out a possible future for Bell in politics, even though she refused Congressman Killbride’s offer. Read our Q&A below: 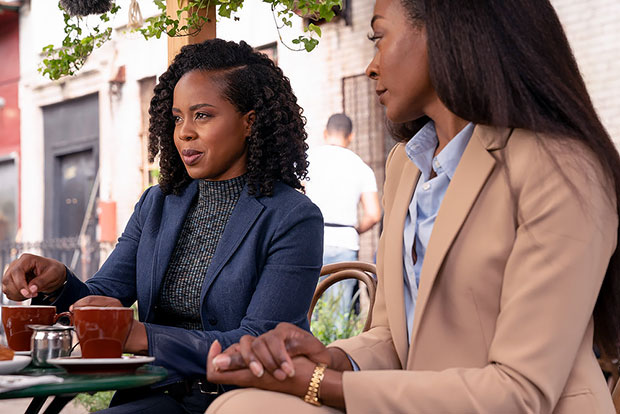 Sergeant Brewster has come onto the scene. Bell and Brewster haven’t been seeing eye to eye on a lot of things. What can you say about where that dynamic is going to go?
Danielle Moné Truitt: I think it’s definitely one of those situations where, because we have to work together so closely, it’ll probably give us a chance to maybe mend some of the issues that we had in the past and just really respect each other as colleagues. We just see the world very differently, so we’re always going to kind of butt heads, which I think is more interesting for television anyway. So we’re definitely not going to be besties, but I think you know we’ll respect one another, and I’m sure we’ll have some wins together as the season goes along.

Ron Cephas Jones plays Congressman Killbride. In the last episode, he was trying to get Bell to come into the world of politics. She said no, but is she going to start thinking about that?
Danielle Moné Truitt: Yeah, I think she is. I think she’s going to consider it. I think for Bell, what’s most important to her is that she makes the best impact in the community and in New York as possible. So I think she will consider what that would entail. He’s smart. He cares about the community and making sure that people are safe and that people can just have the best livelihood that they can. So if she can make more of a difference through politics, I think it’s something she would maybe consider. He definitely got the wheels turning. She’s not making any decisions, but it definitely got her wheels turning, so I guess we’ll see where that relationship goes and what comes of that.

When Stabler woke up after being drugged, he was at Bell’s place after starting out at Olivia’s apartment. What do you think that conversation between Benson and Bell was like?
Danielle Moné Truitt: I’m sure Bell was caught off guard by the fact she was dropping him off at whatever hour of the night. But I think she was very grateful to Olivia for dropping him off and not sending him to the hospital because it basically could have kind of blown the whole operation. He would have had to stay there and get monitored and it would just make things harder. So I know Bell is very appreciative to Olivia for doing that. It just kind of shows, at the end of the day, there’s an allegiance there and that’s really appreciated.

I wonder if Bell learned about what Stabler said about the letter to Olivia…
Danielle Moné Truitt: She probably does not know and doesn’t care either.

Bell is very busy with her own personal life. What can you say about what’s next for her and Denise?
Danielle Moné Truitt: Well, of course, they’re navigating motherhood, but this whole case with her nephew is very important to Denise and that’s really where Killbride is going to really come into play, trying to get things worked out for Damon and get him the justice that he’s due. But also this whole idea of Stabler being undercover…They’ll have to make certain decisions because Stabler needs her. That’s going to have some wear on the relationship as well. Even though Denise understands, it’s a completely different line of work than she’s in. I think there’s going to be some pushback in that area as their relationship continues to move forward. 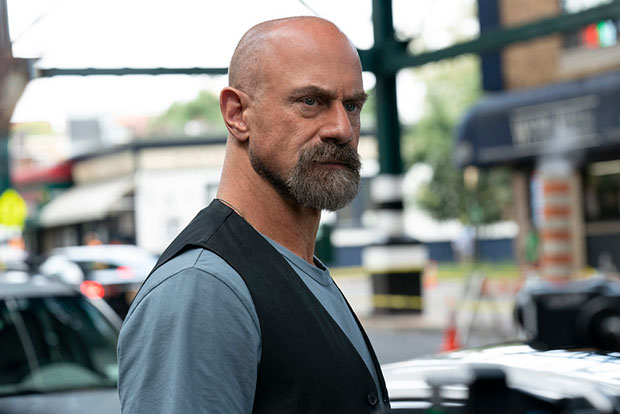 She’s very much the voice of reason for him, the port in the storm, in the midst of all the craziness. In the previous episode, Bell convinced Nova to come back and said she has a calling. Will we see her again?
Danielle Moné Truitt: You’ll definitely see her. The way that they’re doing these stories is basically three main stories. It’s the KO, the Wheatleys, and the Marcy Killers. Nova’s been undercover with the Marcy Killers for 6 years, so when we really start getting deep into the Marcy Killers, she’s going to be very much involved in that. I think that’s the fun thing about our show. You get little snippets of the other storylines in there, and they come back later on, which is kind of cool.