Home » Lifestyle » Once the height of naffness, now boxed wine is tickling tastebuds

Why it’s time to embrace boxed wine: Once the height of naffness, now it’s tickling the tastebuds of even the most discerning drinkers

At university at the tail end of the 1990s, there was one staple offering present at every ­student house party. Perched on the kitchen worktop would be two large boxes of wine: one red, one white.

Yet the colour hardly mattered, because both tasted equally grim, with a stench of vinegar that filled your nostrils before you’d even taken your first sip.

Not that we cared, however. Boxed wine was cheap and potent — the two key ­ qualities for any student drinker, even if it did taste like rocket fuel.

Back then, boxed wine was the height of naffness, a mass-produced horror that — quite literally — left a nasty taste in your mouth.

Even in my youthful ­ignorance, I knew no self-respecting guest or host would dream of offering a box of wine at a smart dinner party or chic social occasion.

Despite those dubious drinking choices, 20 years on, I’m an award-winning wine critic and broadcaster. And almost equally hard to swallow is the fact that boxed wine is now ­ capturing the hearts and tastebuds of even the most discerning drinkers. 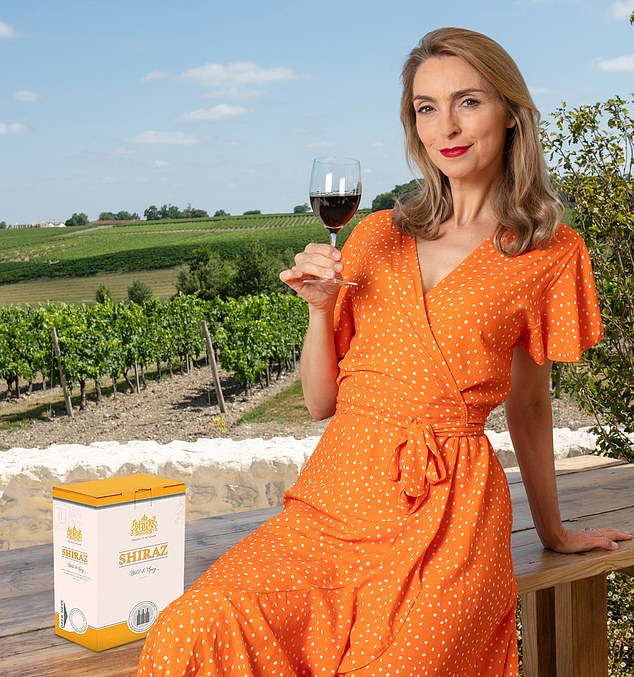 Yes, boxed wine is flying off the shelves. Last year, the Co-op reported that sales had trebled. At Waitrose, figures for boxed white wine were up 77 ­ ­per cent, and at Sainsbury’s, 41 ­ ­per cent.

The reason? Well, what is housed inside that once unforgivably tacky cardboard is no longer cheap and nasty plonk — although there’s still some of that around, of course. Now it’s all manner of decent wines from around the world, including premium regions such as Sancerre and Burgundy.

So what’s changed? For a start, technology. Recent advances have transformed the packaging used for boxed wine, ensuring that the contents can be kept fresher for far longer. This in turn, has attracted more premium producers to choose boxes for their finer wines.

There is no question that part of their surging popularity is down to this ­continued leap in quality, but economics and the environment have played their part, too.

Sales of boxed wine were already building before the start of the pandemic, but life under ­lockdown saw consumers change their buying habits, switching to bulk purchases and more ­sustainable options.

On this front, cardboard wins hands down; the energy used to produce glass ­bottles is immense compared with that needed to produce cardboard, which can usually also be recycled.

And boxed wine is lighter to transport than bottles, meaning fewer emissions.

The cost-of-living crisis has played its part, too. Even before the latest crunch, shoppers had begun to cotton on to the fact that, because of economies of scale, if you choose wine in larger boxes it is invariably cheaper than buying the equivalent amount in individual bottles.

Though you might think the French would turn up their noses at boxed wine, they actually ­ realised the financial benefits ­of it donkeys’ years ago, buying their wine en vrac — or in bulk — by taking containers to their local vineyard.

As a result, they’ve never had the same snobbery about what container their wine is served from, as long as it is decent — which in France it inevitably is.

Now, though, the rest of us are catching up. While there’s no denying it took some time for the upper echelons of the wine world to embrace ­cardboard, today even the ­snootiest ­critics have had to accept that it is a firm part of the viniculture landscape.

It helps that businesses have uppedtheir game onthe ­packaging front, too.

The BIB Wine Company (Bag-In-Box) has a sleek grey number that looks pretty sexy perched on a shelf in your fridge — important when you consider that, kept chilled, boxed wine can last for up to four weeks (although two weeks is probably a more realistic use-by date).

Finally, it seems, this is one glass ceiling that has been robustly smashed for good.

So which box should you bag? Here, Helena gives her verdict… 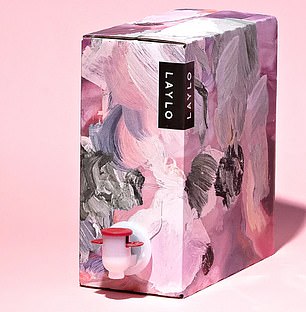 This is a stylish, highly drinkable rosé. But where Laylo has t h e edge is the packaging; the brand’s boxes are so chic, you’ll want to keep them on your kitchen counter for all to see.

I also rate its ­Tuscan red highly. At £42.99 it’s at the more expensive end of the market (£14.33 per bottle equivalent), but it’s worth splashing out on for a dinner party — and you can even use the beautiful box as your table’s centrepiece. 4/5 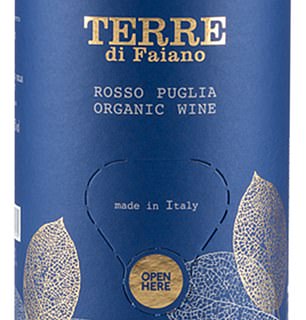 This is a rich and ripe, organic Puglian red wine, which tastes like dark chocolate dipped raisins and damson preserve.

It’s a big and bold drink that tastes wonderful, but I’ll confess I am also a sucker for the elegant packaging.

Instead of a box it comes in a beautifully decorated tube with a built-in handle. It would make a very special gift. 4/5

This is lovely and juicy with plum and liquorice notes upfront, but it has a tang of ­bitterness at the end, so it’s better with food.

It’s not the best of Aldi’s range, but it’s pretty decent — especially when you look at the price. And I am a great fan of the shop’s wine selection generally. 2.5/5 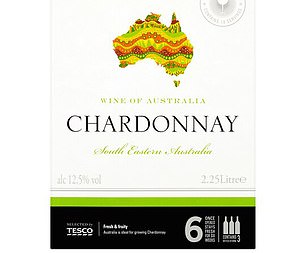 You probably wouldn’t serve this wine at a posh dinner, but as the equivalent price per bottle comes to about the cost of a coffee in a fancy cafe, you can’t argue with it.

A soft marshmallow white with vanilla notes, it’s as laid back as an Aussie evening. Serve chilled to friends on a ­summer night. 3/5 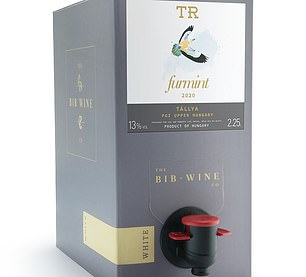 This is a Hungarian white, made from one of the grapes that makes the popular sweet wine Tokaji. This wine is dry, though, with hints of honeysuckle and pear. It’s aromatic and just that bit different. I would serve it as an aperitif or with a hard cheese. It sits at the higher end of the price range, but is worth every penny. 5/5

The Co-op’s Fairtrade wine boxes have always been pretty decent. The supermarket prides itself on changing countries and producers regularly, and its o­fferings are always ­brilliant value.

This Shiraz is a robust, juicy red that packs a great punch for the price. I also like Co-op’s Fairtrade blended white.

These wines are not going to set the world alight, but they would be a welcome offering at a ­ ­barbecue. 3/5

Another impressive offering from Sainsbury’s. I’ve always been a fan of Soave, standing by it when others viewed it as a bit retro.

This is a great example; a rustic but well-made savoury white that is a more interesting choice than the now ever-present Pinot Grigio. 4/5 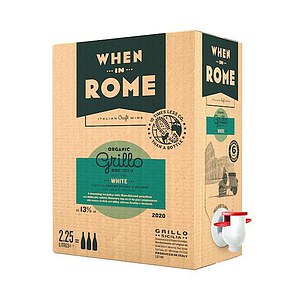 Another dedicated boxed wine producer, When In Rome is leading the way on green credentials for its packaging and is working hard to make its box’s inner container recyclable.

It produces some lovely wines to boot. TV presenter Phillip Schofield obviously thinks so, too — he’s worked with the brand to create two boxed options.

Grillo is the grape and I love this white Sicilian offering for its orange peel flavour and citrussy freshness. The fact it’s organic gives it a bonus point. 5/5

PERFECT FOR A BBQ 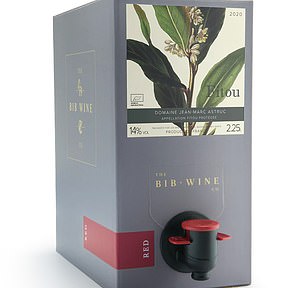 A higher-end French blend from the Languedoc region, this richly concentrated, flavoursome, brambly red wine is Southern France in a glass and worth splashing out on.

It’s an excellent partner to grilled meat and vegetables thanks to its fresh herbal notes and hint of smokiness. Serve it with a barbecue or even a lamb roast. 4.5/5

From the supermarket’s popular house range of boxed wine, I’ll confess I thought this take on the Pinot Grigio rosé might be pretty awful. Yet I was surprised to find it was a wellbalanced, refreshing rosé, ideal for a party on a hot summer’s night. It’s great value, too. 5/5