Home » Lifestyle » Normani shows her ‘Wild Side’ in crystals, cutouts and corsets for new video

One year after making an unforgettable cameo in Cardi B and Megan Thee Stallion’s viral “WAP” music video, Normani has teamed up with Cardi once again for a sizzling clip of her own.

“Wild Side,” which dropped Friday, marks the former Fifth Harmony member’s first new music in two years — and with the video’s choreography and costumes, she didn’t come to play.

Cardi, 28, and Normani, 25, teased their Aaliyah-sampling track earlier in the week by posing in matching marbled plastic breastplates by Kim Mesches.

More art pieces than actual outfits, the sheer looks seem frozen in motion, making them a perfect pick for a dancer like Normani – especially when paired with the duo’s ultra-long, flowing plaits.

And that was just a taste of things to come. The “Motivation” hitmaker kicks off her video in a custom cutout ensemble by Isa Boulder, complete with an ab-baring bodysuit and peekaboo thigh-high stockings. 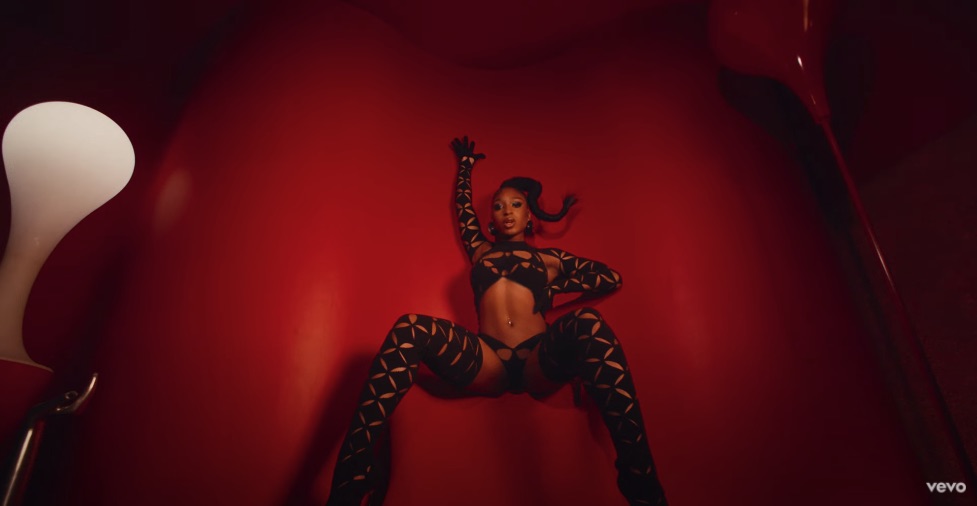 Next, the star hits the floor in a vibrant violet lingerie-inspired bustier teamed with a matching miniskirt, elbow-length gloves and sky-high sandals … 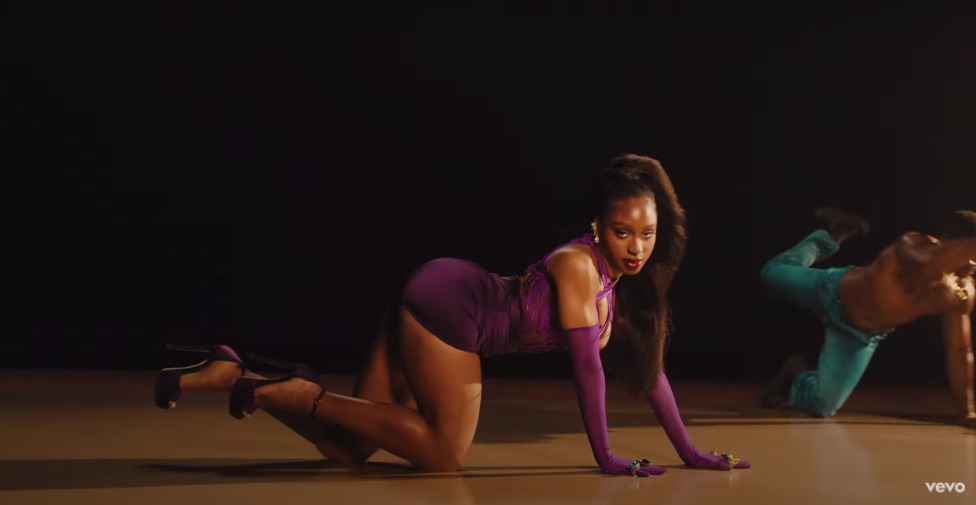 … Before busting moves in a red-hot, slit-up-to-there velvet dress that perfectly matches her dancers’ crimson catsuits. 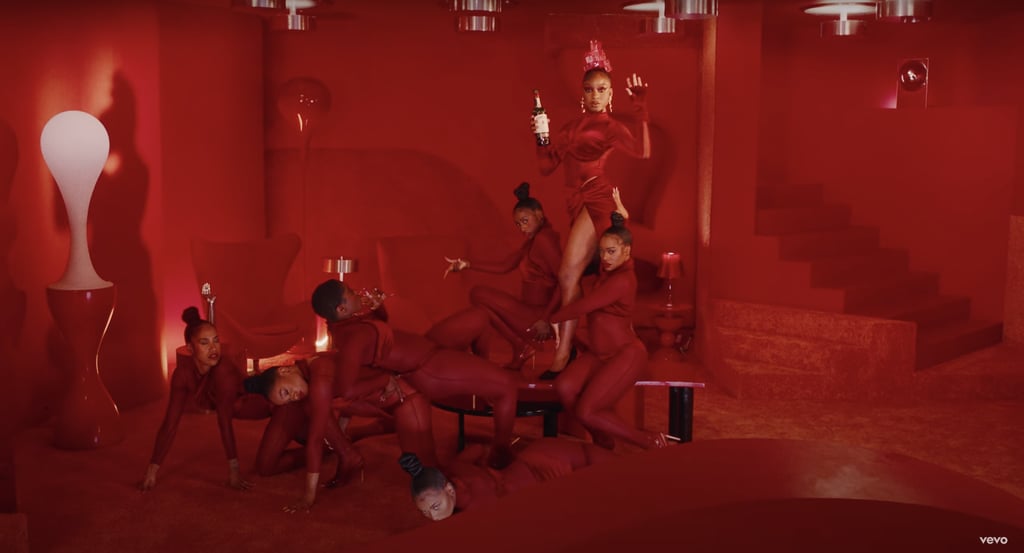 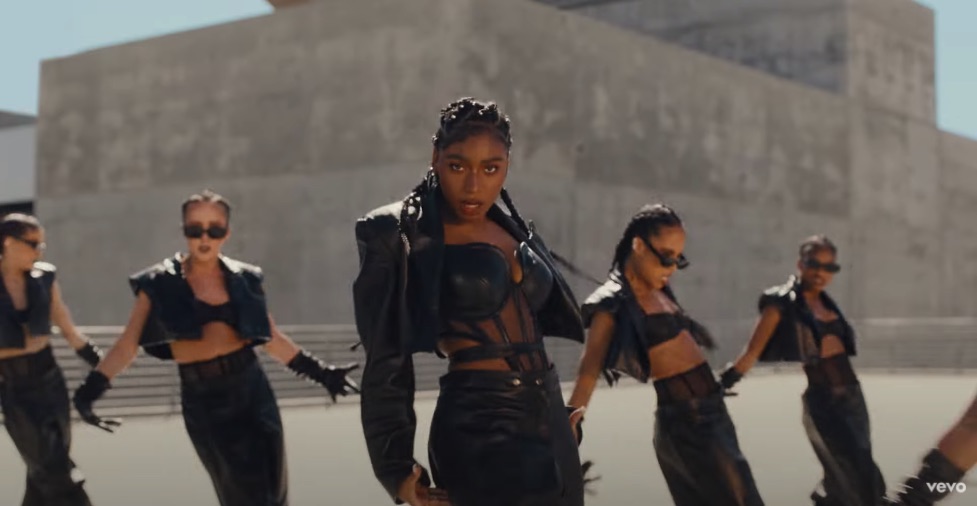 Next up, she’s got us seeing spots, striking poses in a chopper wearing a head-to-toe leopard print look by Harry Halim topped off with a Sarah Sokol Millinery fascinator. (Those platform boots don’t seem the most practical for piloting an aircraft, but we’ll let it slide.) 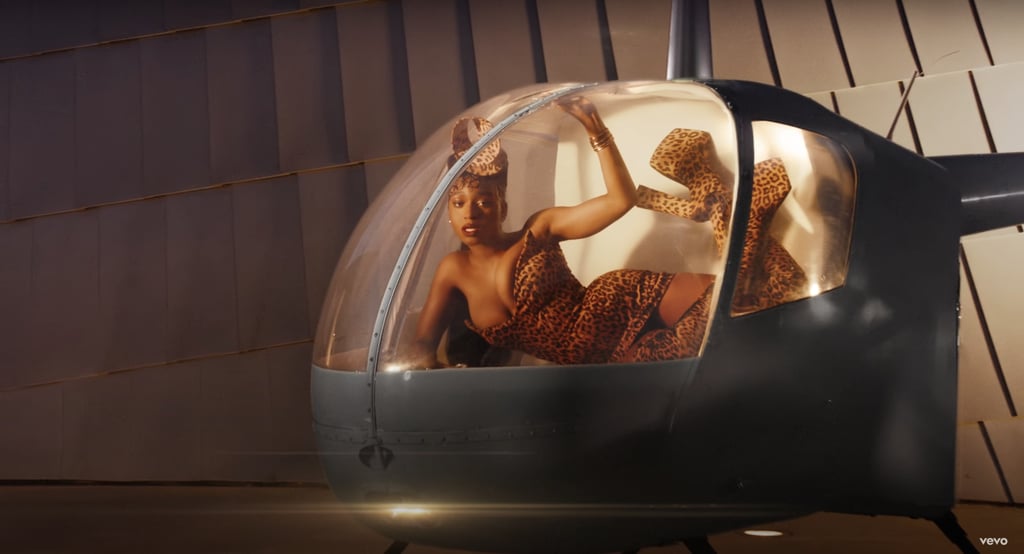 Normani later strips down for a dizzying moment in a mirrored room, dancing with herself (!) in a crystal-encrusted bra and barely-there adhesive undies dreamt up by Laurel DeWitt. 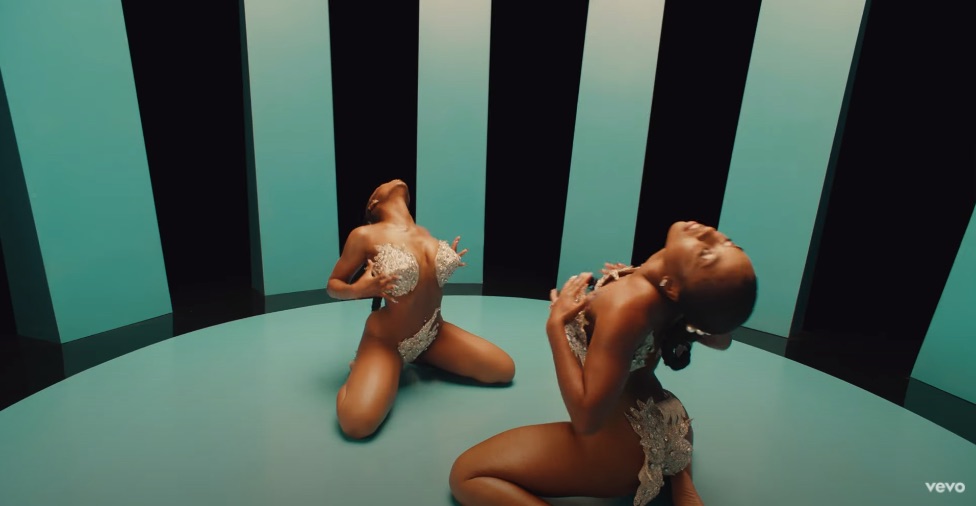 To close out the clip, she executes killer choreo in a sheer, gauzy white halter top and matching feather-trimmed pants that wouldn’t look out of place in an early-aughts music video. 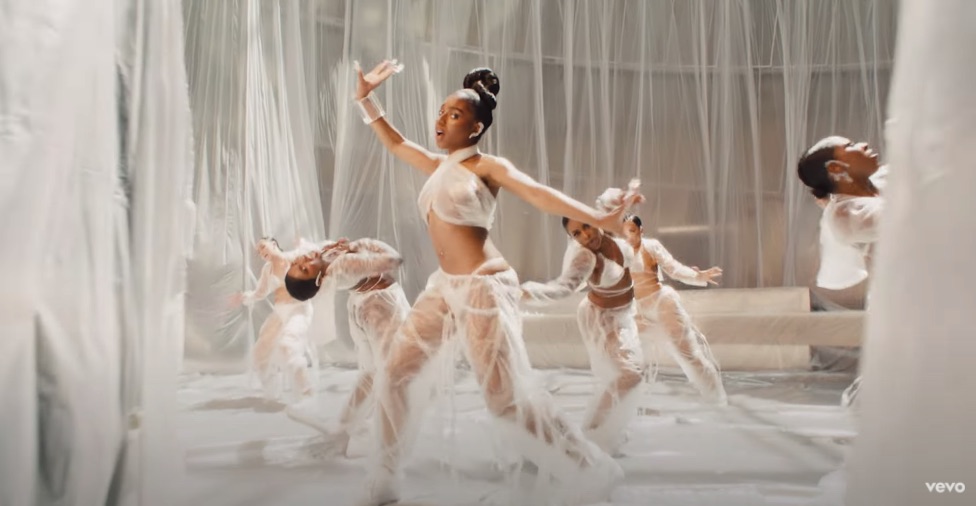 But when all is said and done, it’s likely what Normani and collaborator Cardi aren’t wearing that’s sure to catch most folks’ attention; in a sultry scene that echoes the single’s cover art, the pair embrace while entirely nude, with only their flowing locks to protect their modesty.

“I wanna get wild,” indeed. 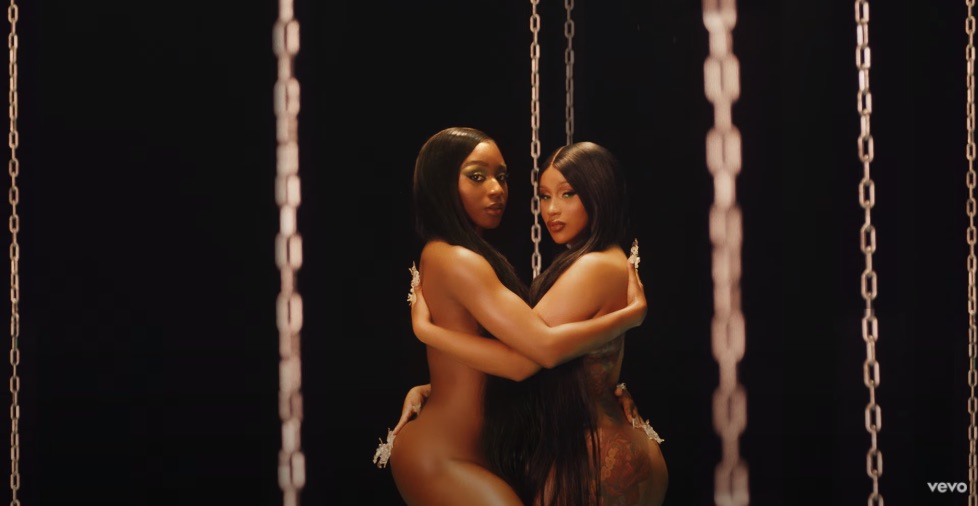