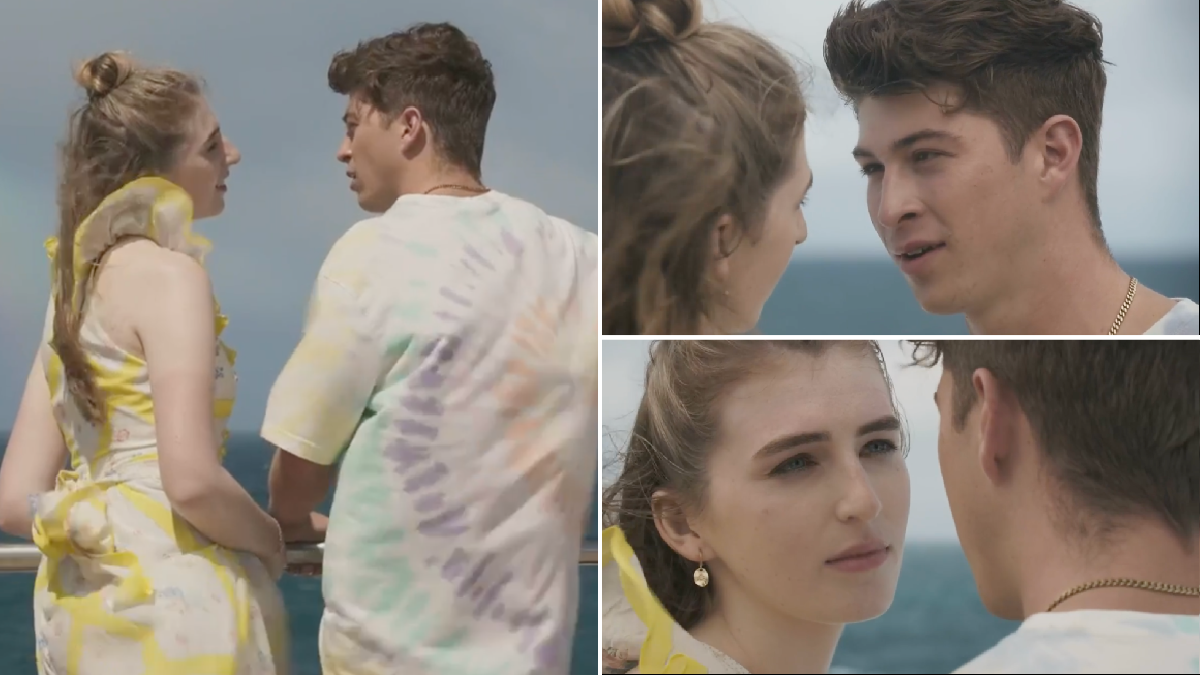 Hendrix Greyson (Ben Turland) made a huge decision about his future in Neighbours, as he proposed to girlfriend Mackenzie Hargreaves (Georgie Stone).

The popular character, as viewers know, was diagnosed with pulmonary fibrosis, a disease that occurs when the lung tissue is damaged, earlier this month.

With word of his condition the subject of much conversation in Ramsay Street, he decided to take a trip to Sydney to tell his parents.

Before doing so, however, he reconsidered, instead deciding that the adventure would be a chance to take a break from discussing his condition full-stop.

Friday’s (May 20) edition of the Channel 5 soap centred entirely on Hendrix and Mackenzie, as they arrived in Sydney and took a trip down memory lane.

The arrival of Hendrix’s sister Alanna complicated things, however, as she was quick to pick up on the subtext, knowing that there was more to their visit than met the eye.

Hendrix was adamant that he didn’t want his family to find out about his diagnosis, and thus he took some time out, but a trip to see his mum Lisa (Jane Allsop) and other sister Maeve led to him breaking down.

With Mackenzie by his side, he told his family the truth.

Alanna was quick to blame Mackenzie for Hendrix’s condition, telling her that if Hendrix didn’t save her from the fire at Erinsborough High, then none of this would’ve happened.

Hendrix, however, berated his sister, reiterating just how supportive Mackenzie has been throughout his ordeal.

Afterwards, he took Mackenzie to one of his favourite spots in Sydney, revealing that it’s where he went to dream as a child.

In romantic scenes, he professed his love for Mackenzie, telling her how amazing he thinks she is, and asked her to marry him.

What will Mackenzie say?