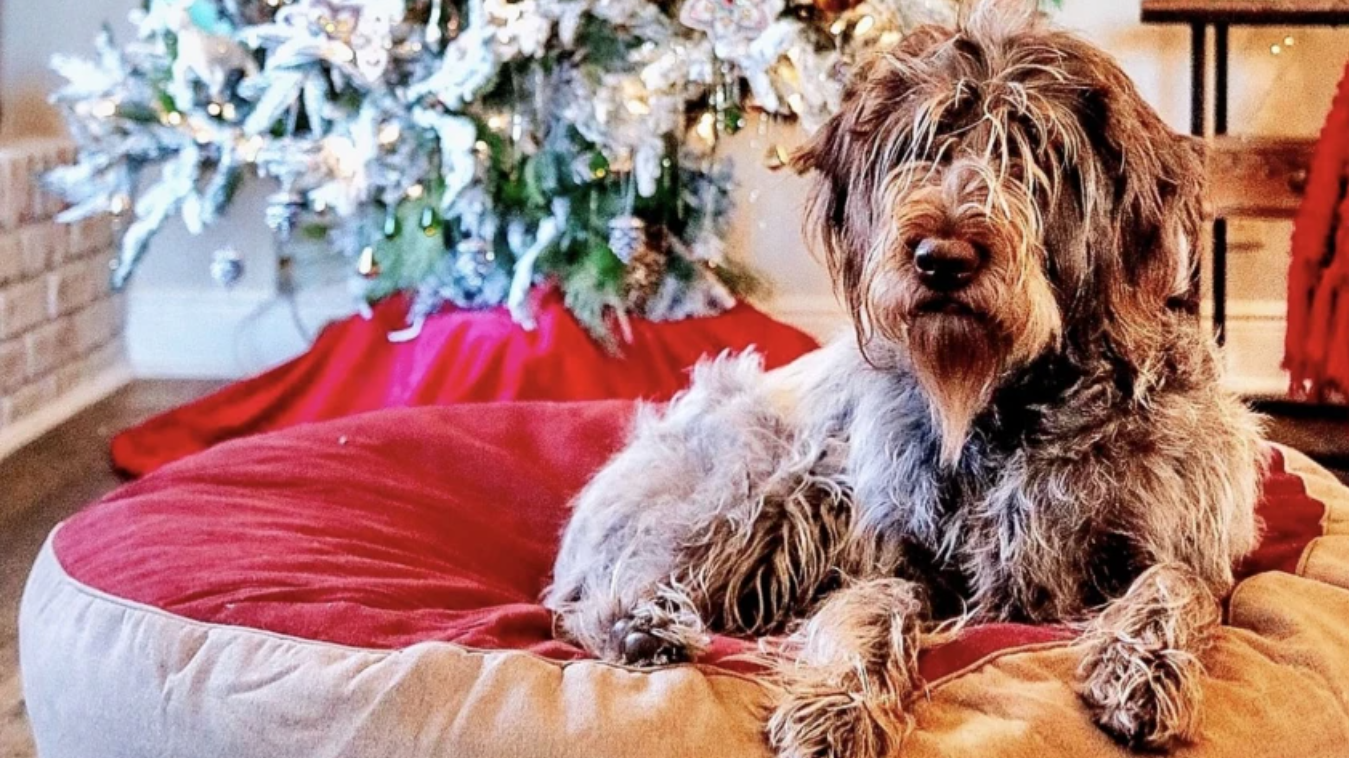 Posey the dog has certainly found herself on the naughty list after scoffing down an entire Elf on the Shelf toy and leaving the two kids in her household distraught.

Mum Jessika See had set up a classic cheeky winter scene with Rudy the doll for her kids, by laying it on a kitchen countertop full of flour to make it look like the little elf was making snow angels.

Well not for long, because when Jessika got home from the school run, the 32-year-old found that Rudy was gone, and all that was left in his wake was a light dusting of flour.

Jessika and her children, nine-year-old Rafe and six-year-old Cam, searched the house from top to bottom for Rudy – a toy that’s belonged to Rafe since he was a baby.

But the doll was nowhere to be found, which led Jessika to the only logical conclusion – the dog ate Rudy whole.

Footage shared on TikTok shows the last scraps of flour, a guilty-looking, flour-covered Posey, and the two children both in tears.

Thankfully, their grandma was able to swoop in to the rescue with a replacement doll.

Jessika, from Lake Charles, Louisiana, US, said: ‘We just got home and walked into this scene of flour everywhere and the dog licking her lips.

‘As soon as I saw the flour on the ground I turned and looked at her [Posey], and she looked so guilty.

‘At first, my reaction was, “Where’s the Elf?” I thought maybe my husband had come home and moved it.

‘My gut knew immediately, but it was confirmed after searching the house up and down in the minutes following.

‘I looked on the floor and there was flour. I thought, “No way”. It was like he Rudy had hit the ground.

‘I was more in disbelief. No way had Posey pulled it off the counter.

‘I think she ate it because it had flour on it. I guess she found it tasty.

‘The kids started crying and screaming. They were upset, they weren’t mad. They love their dog.’

Jessika says that the four-year-old dog is usually a very good girl, but she has been known to eat random household objects on occasion.

Posey has previously consumed an entire loaf of bread with the packaging on, Play-Doh, toys and even a pair of socks.

Sadly, Posey’s guilt was confirmed when the swallowed Rudy finally… re-emerged and was quickly binned.

Jessika said: ‘Our dog has been a bit of a Scrooge.

‘We were a little worried [about Posey]. So, we consulted with a vet, and they gave us things to look for. She was able to pass the Elf just fine.’

Thankfully the incident hasn’t squashed the magic of the Elf on the Shelf for the family either.

The mum added: ‘Rafe is kind of getting to the age where he’s a little sceptical, but he was still upset. He’s definitely noticing if the Elf really moves itself.

‘I explained to the kids that the Elf is magical and that you never know – we’ll have to wait and see.

‘Then a day later, the Elf was back, and they were totally fine.’