The mother of a teen dancer dubbed the real life ‘Billy Elliot’ who has to take over 100 tablets a day to manage his cystic fibrosis has said she felt like she’d ‘failed him’ – before admitting the diagnosis felt like a ‘death sentence.’

Tom Oakley, 18, from Liverpool, who takes between 75-100 plus tablets a day for his condition, fell in love with ballet at the age of seven and describes it as a ‘drug’ that he cannot live without.

New Channel 4 documentary The Boy Who Can’t Stop Dancing, which airs tonight at 11:05pm, details Tom’s journey as he auditions to win a place at the prestigious Rambert School, a ballet and contemporary dance academy in Twickenham, south west London.

Speaking of her son’s diagnosis, Tom’s mother Sarah says: ‘I just felt like we’d failed him as parents by giving him something we didn’t know we had. It was our genes.’

‘It just felt like a death sentence – your child isn’t going to live more than 30 years – that’s how it felt.’ 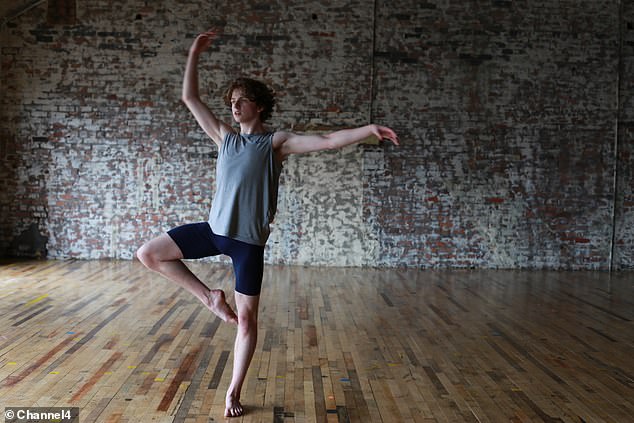 Dubbed a real life Billy Elliot, Tom Oakley, 18, from Liverpool fell in love with ballet at the age of seven and describes it as a ‘drug’ that he cannot live without 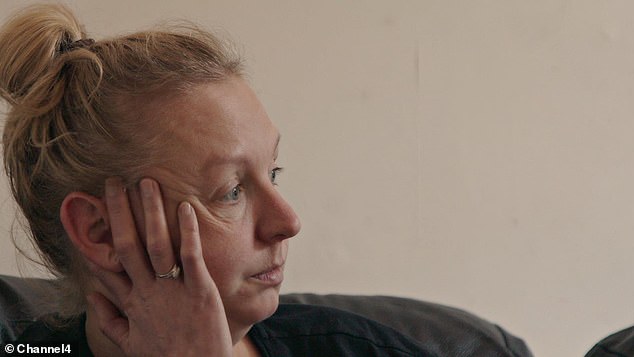 During the documentary, Tom explains how there’s nothing he loves more than dancing.

‘I don’t just want to be a good dancer – I want to be the greatest,’ he says. ‘But I’ve got a few things stacked against me. I was born with a genetic condition which basically limits my life. I’ve grown up knowing I don’t have as much time as everyone else has.’

‘So with the time I do have left, I’m going to push myself harder than ever before because my dream is to audition a one of the world’s oldest and most influential dance schools.’

WHAT IS CYSTIC FIBROSIS?

Cystic fibrosis is caused by a faulty gene that a child inherits from both carrier parents.

The gene, known as the cystic fibrosis transmembrane conductance regulator (CFTR), is responsible for controlling the movement of water in and out of cells.

The fault leads to the mucus produced throughout the body becoming thick and building up in the lungs and digestive system.

Classic complications of the condition, which tend to present in infancy, include chronic infections, breathlessness, digestive problems and even infertility.

No cure currently exists and figures suggest half of sufferers will die before they’re 31.

He adds: ‘My illness will catch up with me one day – but that’s not ever going to make me stop dancing.’

Speaking on why he started dance, Tom explains how he used to fidget all of the time.

Tom goes on to say that the hours he spends dancing every day doesn’t just keep him fit, it keeps him well.

His dad James says: ‘Before he was diagnosed, my main ambition in life was to get food to stay inside of him.’

Tom’s mother Sarah adds: ‘He just used to vomit all the time. We didn’t know what was going on with him.’

James continues: ‘Getting up a 3 o’clock and he’s projectile vomiting all over you and all over he house…when that’s happening for 48 hours, that’s when I knew he needed to go to hospital.’

James admits he was devastated when he first learned Tom had cystic fibrosis.

Sarah goes on to explain how the first three-four years were really ‘intense’ and ‘all consuming’ as they tried to get Tom on the right medication – adding that when he started dance aged 7, that was the turning point when things started to get better.

Tom admits that at first, he didn’t expect himself to start enjoying ballet.

‘My primary school everyone was like it’s “girly”. You’d always get bullied for these things, or picked on.’

A few years after starting ballet, Tom discovered contemporary dance which he says felt ‘so free.’

Years of training helped Tom’s health enormously, and he explains how starting a recently trialled drug could be life changing for him, and allow him to push his body further than ever before. 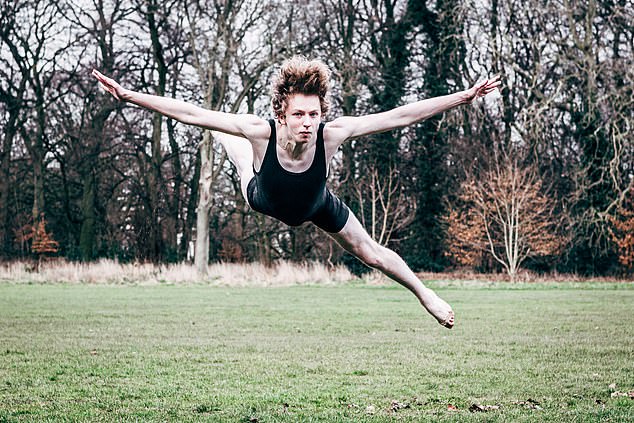 During the documentary, Tom (pictured) explains how there’s nothing he loves more than dancing 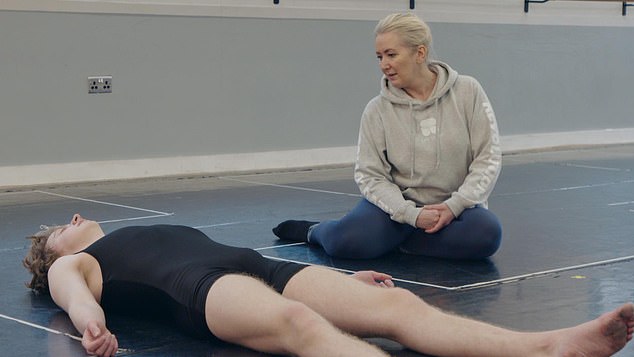 Tom’s hard work (pictured, during rehearsals) pays off because come the end of the documentary, he is overjoyed to learn that he’s won a place at Rambert 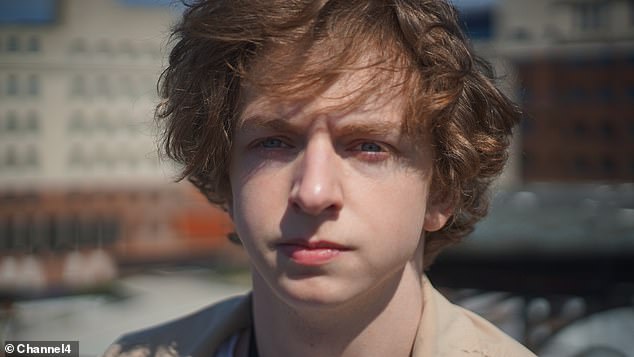 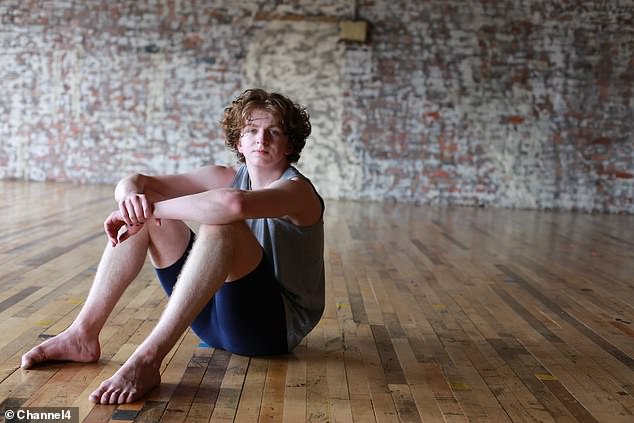 Tom (pictured) details his struggle to win a place at the prestigious Rambert School, a ballet and contemporary dance academy in Twickenham, south west London 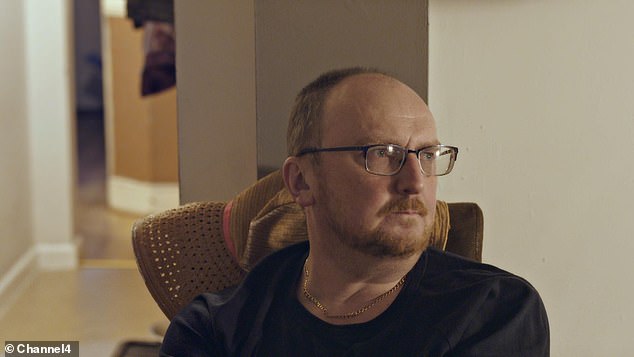 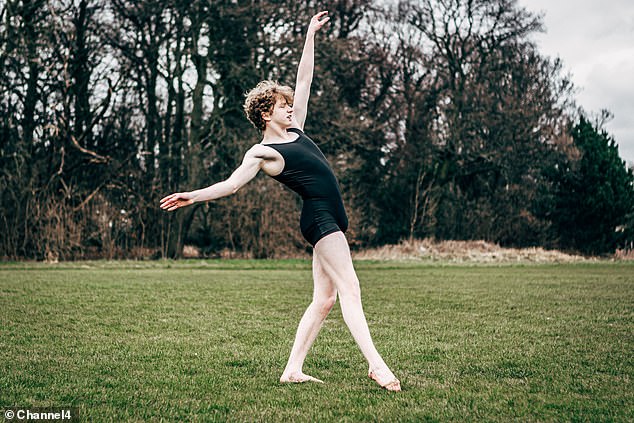 ‘I can’t stop dancing because it’s kept me healthy,’ says Tom. ‘If I was not to have dance it’s more likely I’d get very, very sick, go into hospital and worst case scenario would be death.

‘When I think about how cystic fibrosis affects your life, it deeply affects me. I don’t even want to talk to my parents about not living as long because I know they’ve thought about it 10 times more than I have.

Sarah adds: ‘We don’t talk about how long he’s going to live. We talk about him living forever. We say that quite a lot – but it doesn’t make it true, does it?’ 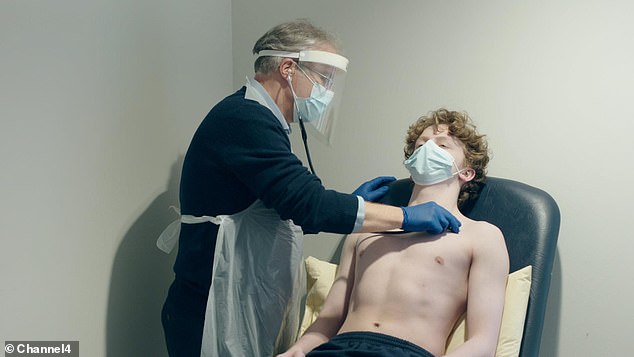 Tom says when he thinks about how cystic fibrosis affects his life, it ‘deeply affects’ him. Pictured, with doctor Kevin

However Tom, who has to submit 12 dance videos in a bid to try and win a coveted spot at world-leading dance school Rambert, all of which were filmed in his three-bedroom terraced home during lockdown, struggles in rehearsals after taking his new medication.

It’s a worry – especially because of the tough competition. Among the thousands of applications, they only let 45 people in.

‘Today cystic fibrosis knocked me back – and that’s what it does,’ explains Tom. ‘It’ll just hit you every so often like reality. A quick punch of the face it’s like “woah!” If I stop dancing then that’s going to start happening more often.’

He continues: ‘There’s going to be people in the industry and who I’m working with who will be like, “Look I don’t care. There’s a million and one boys with your capability. Give me a reason to pick you.”‘

And Tom’s hard work pays off because come the end of the documentary, he is overjoyed to learn that he’s won a place at Rambert.

‘If there’s any opportunity where cystic fibrosis could catch up with me, I made sure to train twice as hard or twice as long,’ he says. ‘So this stupid disease, this condition doesn’t hold me back in any way. ‘