Miley Cyrus is delivering a dark twist on her Hannah Montana alter-ego in her upcoming episode of Black Mirror. Cyrus stars in one of the three new episodes making up the fifth season of Netflix’s technological horror series, and from the sounds of it, her episode will be the darkest and most twisted project that we have ever seen Cyrus in. Miley Cyrus’ comments about her Black Mirror episode should have fans equal parts excited and terrified for the mysterious new story.

In the upcoming episode entitled "Rachel, Jack and Ashley Too," Miley Cyrus will play a purple-haired pop star named Ashley O, who appears to have the perfect life but is secretly struggling with all the pressures of fame. The character of a wig-wearing pop star juggling her dual identities should be very familiar for Miley Cyrus fans, but since this is Black Mirror, we know that Ashley O’s story will be a whole lot darker than anything Hannah Montana had to deal with. Cyrus told Radio 1 Newsbeat in a recent interview that the episode tells the story of women who work in the music industry, particular with pop music careers:

Miley Cyrus went on to tease that the episode is “outrageously out there and dark,” adding that she loves Black Mirror‘s theme of mixing technology with darkness.

Netflix has released a trailer for Miley Cyrus’ Black Mirror episode, which introduces her character of Ashley O as a bubbly pop star but then also shows her internal struggles with her fame when she is alone. The trailer gets especially wild when Ashley releases a line of robotic assistants that look like mini versions of her, which offer motivational words of encouragement to her fans. But somehow, Ashley’s consciousness ends up in one of these Ashley Too robots. Check out the trailer for "Rachel, Jack and Ashley Too" below: 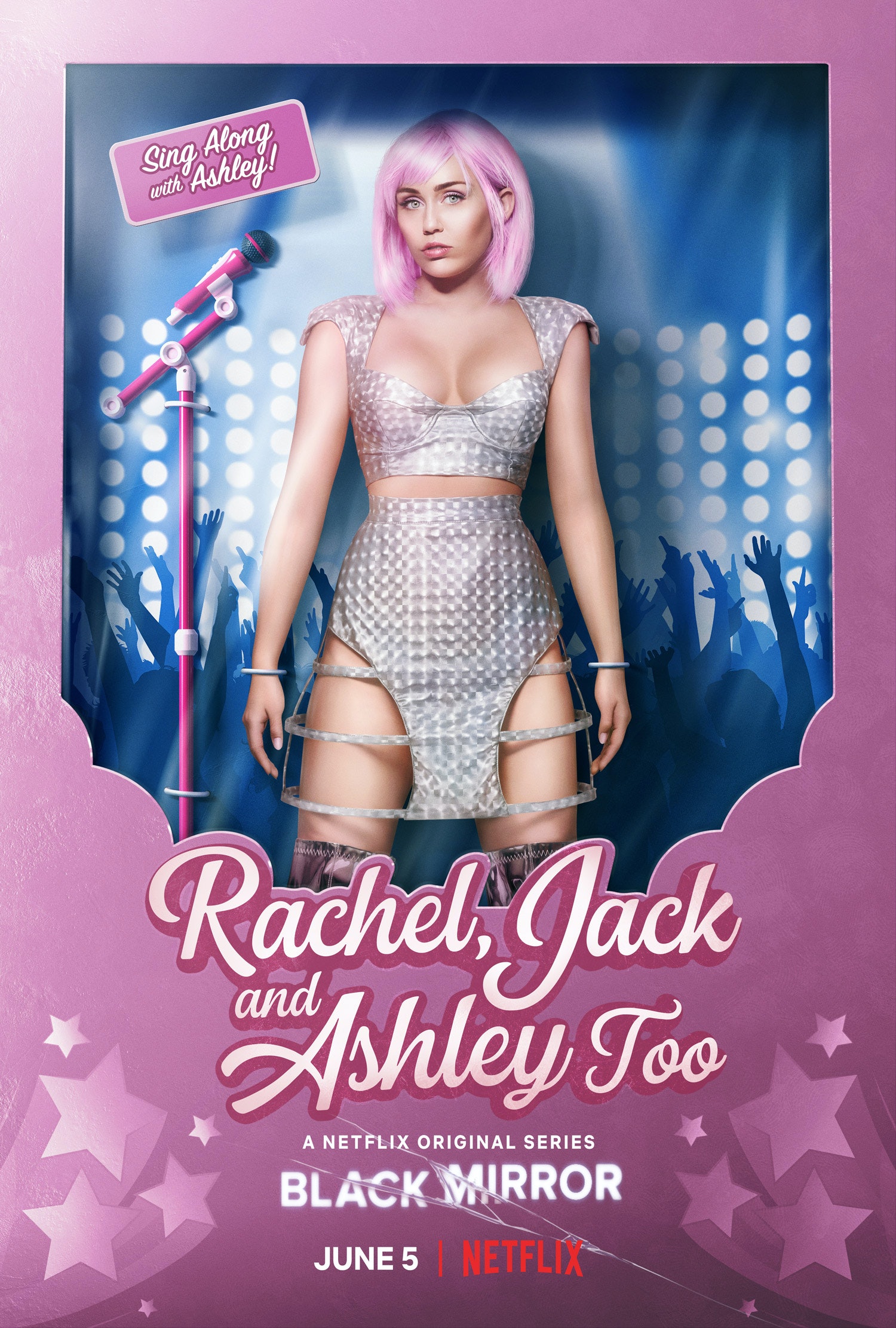 The Miley Cyrus-led episode of Black Mirror Season 5 is one of only three episodes that comprise the new season. The lessened episode count harkens back to Black Mirror‘s original two seasons, prior to becoming a Netflix original series and bumping up the episode counts in Season 3 and 4 to six episodes apiece. The other two Season 5 episodes will be "Smithereens," which stars Andrew Scott as a paranoid taxi driver who finds himself in an unexpected situation, and "Striking Vipers," which stars Anthony Mackie as a man who reconnects with a college friend and his life takes a strange turn.

The three new episodes of Black Mirror will become available to stream on Netflix in a week, on Wednesday, June 5.