Mike Tyson’s tribal face tattoo got varied reactions from people everywhere when it was first revealed. Some people loved it, others hated it, and some were just shocked

However, none compared to the reaction of a woman actually in the Māori tribe. And when she ran into him on the Las Vegas strip, she had no choice but to show him her very own tribal tattoo. 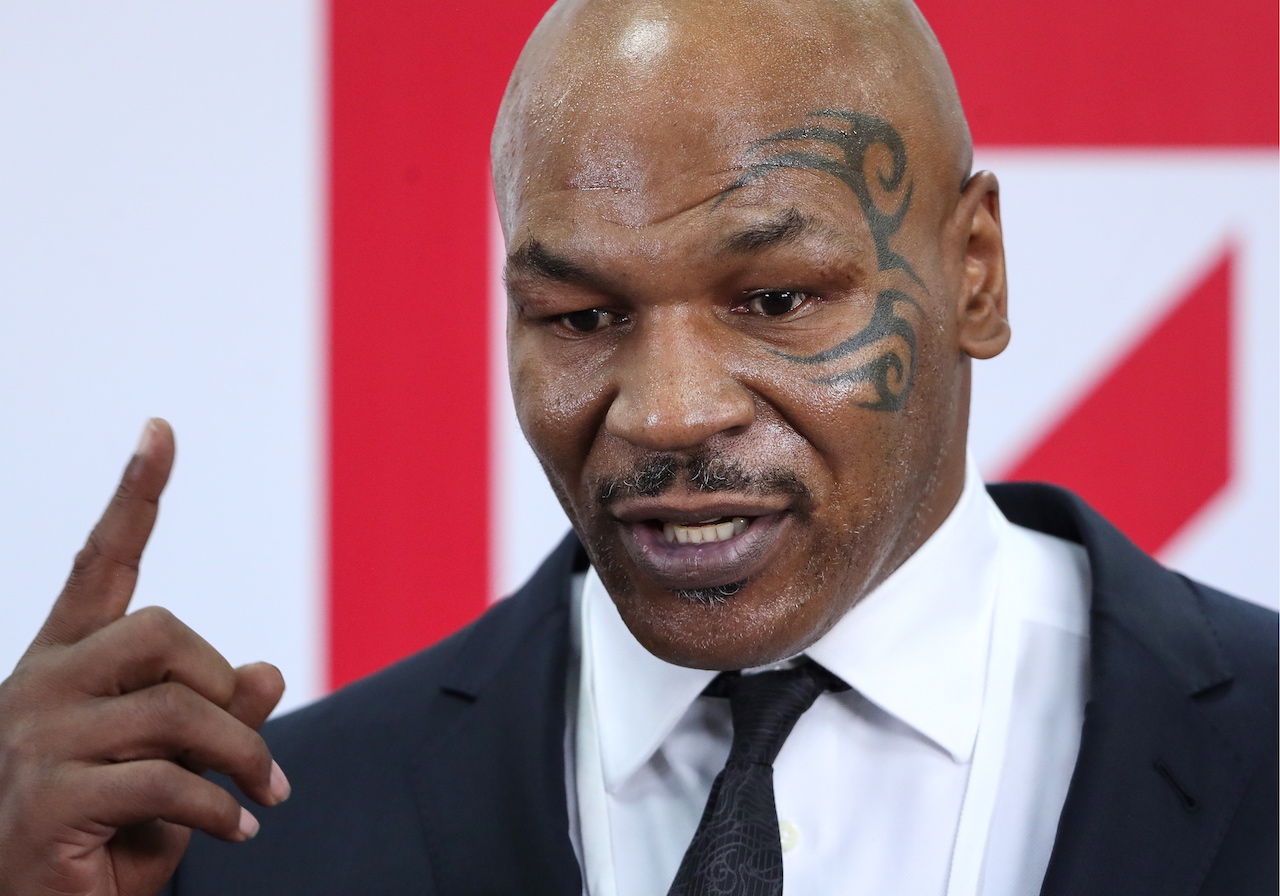 Even though Tyson’s face tattoo is synonymous with his appearance today, it actually wasn’t even the design he originally wanted. However, his original idea he had—a bunch of hearts—was rejected by his tattoo artist. After he threw out the original idea, Tyson wasn’t sure what to get. Luckily, the tattoo artist was able to buy a little time to come up with something more fitting for Tyson, according to an interview with Graham Bensinger.

“I said ‘what do you think I should get,’ because I was confused,” Tyson said. “He said ‘well you just, you come back in a couple of days, I’ma try to write up some stuff in a week, don’t get a tattoo, just come back in a couple, like a week. So I waited around, and then he called like two, three days later and said ‘Mike, look at this, I got some tribal stuff,’ and I said ‘woah.’ And there was like one, I said ‘put another one over there’, and then he put it like this, ‘yeah, this is cool, this is cool I like it.’ So he did it.”

Tyson’s tattoo is similar to those of people in the Māori tribe, an ethnic group indigenous to New Zealand. According to Tyson, right after he got the tattoo he started to receive more attention. Apparently, every woman had their own response to the tattoo, but one, in particular, stood out to him.

“And then I run into some chicks that um, that happen to be um, from the Māori tribe,” Tyson said. “They say, ‘hey, you’ve got my tribe on your face.’ And then the lady just pulls her pants down and shows me this tattoo on her butt. She has it on her butt, right on the street.

Although the woman’s response to his tattoo might seem a little outrageous, it wasn’t the only one. Tyson says that many of the women he was around during the time were fond of the tattoo.

“I thought it was so hot, I thought it was so hot,” Tyson said, smiling. “Cause listen … I’d be in these dens, and these clubs, and these strip places, sometimes, and all the girls came up to me and said ‘Well, you’re very exotic, where are you from? Where your family from? All these tattoos, it’s exotic. Why did you put it on your face?’ They say I look like some tribesman and s—t.