Melissa McCarthy, who teamed up with HBO Max for a campaign, apologized after a donation was made to an organization whose founder has a history of making anti-LGBTQ and anti-abortion comments. 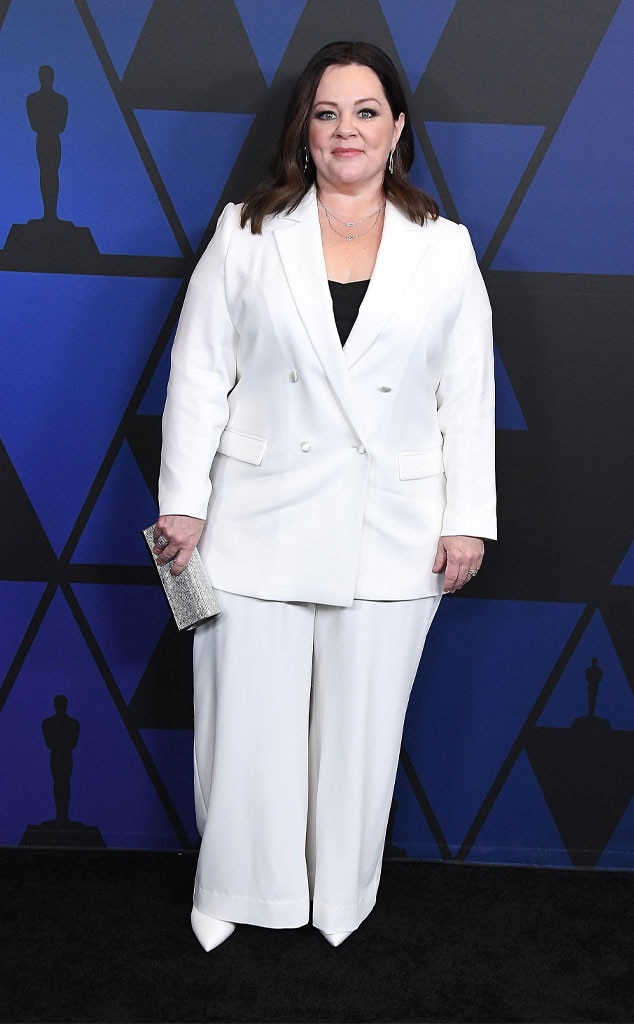 Melissa McCarthy is speaking out after receiving criticism over a recent donation.

The 50-year-old actress took to Instagram on Thursday, Nov. 12 to apologize after a donation was made to an organization whose founder has a history of making anti-LGBTQ and anti-abortion comments.

To celebrate their new film Superintelligence, McCarthy and her husband Ben Falcone teamed up with HBO Max and announced the launch of a new campaign called "20 Days of Kindness." The initiative aimed to highlight different nonprofits and donate $20,000 to a different cause daily for 20 days.

One of these groups was Exodus Cry, which describes itself as an organization that "exists to combat sex trafficking and all forms of commercial sexual exploitation." The Daily Beast called out McCarthy and HBO Max over the donation in a report earlier this week and resurfaced some remarks from Exodus Cry founder and CEO Benjamin Nolot.

For instance, according to Vice, Nolot called marriage for same-sex couples "an unspeakable offense to God" in a since-deleted tweet in 2013. Per CTV News, Nolot also referred to abortion as "the modern-day holocaust" in another since-deleted tweet that same year.

In a video posted to Instagram, McCarthy admitted "we blew it."

"We made a mistake and we backed a charity that, upon proper vetting, stands for everything that we do not," the Bridesmaids star said. "So, I want to thank everyone on social media who said, ‘What are you doing? Are you sure you want to back this?' Because the answer is no we do not."

McCarthy also noted they've "pulled it" from the campaign. "We are so incredibly grateful for you ringing the bell and helping us be better," she continued. "We're sorry for our mistake. Oh boy, are we sorry for it. Can't believe that we missed it."

In addition, she expressed her hope that this "doesn't ding the other charities," noting that "they're really doing some amazing things."

"So, let the kindness continue and thank you," she concluded. "Thanks for the help. We really needed it."

HBO Max also released a statement to Entertainment Tonight, noting, "We were made aware of the issues surrounding Exodus Cry and have removed them from the list of partners associated with the 20 Days of kindness campaign."

Carrie Underwood's CMA Awards Wink Sparks Debate: Who Was It For?

As for Exodus Cry, it has a "statement of inclusion" on its website. "Exodus Cry is an organization built on a foundation of love, inclusion, and the protection of people from all backgrounds, religious or non-religious beliefs, ethnicities, and sexual orientations and identities," part of the statement reads. "We uphold the value that human rights stem from the inherent human dignity and value all humans possess, and we do not discriminate based on sex, race, class, political views, religious or non-religious views, or sexual orientations."

In addition, Nolot expressed regret over his tweet in a separate statement on the organization's website. "I love, respect and advocate for the right of all people to be free from all forms of oppression," he wrote in part of a statement on the website. "Without question that includes the LGBTQ community. I hope that the LGBTQ community can understand that I value them and that my heart toward them is one of love, compassion, and respect. I want to make clear that I fully embrace the LGBTQ community as a group that deserves all of the rights that protect their dignity, safety and equality."

Exodus Cry also addressed its stance on abortion on its website. "With regard to the issue of abortion and reproductive rights, Exodus Cry's CEO has expressed his personal views that he believes in the protection of life in the womb," part of the statement read. "However, Exodus Cry has never taken any position on those issues and any suggestion otherwise is false. We partner with, and are inclusive of, organizations that are both for and against abortion, as we align on the common goal of putting an end to sex trafficking and all forms of commercial sexual exploitation."