Meghan Markle’s A-list pals are lending their support as she faces bullying claims from royal aides.

In an unprecedented move, Buckingham Palace announced earlier this week that it would be launching a probe into the accusations against the Duchess of Sussex, but Markle has called the reports against her and Prince Harry “a calculated smear campaign based on misleading and harmful misinformation” ahead of their tell-all interview with Oprah Winfrey.

“Those British papers really cannot tolerate that Prince Harry loves a black woman. He was right to leave. I don’t even think it was a hard decision. They will never ever stop trying to tear Meghan apart. It’s absolutely grotesque,” tweeted Roxane Gay.

“And for his family to question that decision, and do all these passive aggressive things to try and get ahead of the Oprah interview,” Gay continued. “To punish him for protecting his wife and babies. Smh. It’s a shame. I know they are fine but I feel for them nonetheless.

Union, 48, retweeted Gay’s messages and also tweeted a “Sure, Jan” GIF from “The Brady Bunch” alongside a Times of London report claiming Markle faced a bullying complaint by one of her “closest advisers” at Kensington Palace.

Chance the Rapper also weighed in on the influx of headlines about the royal couple, who now lives in California.

“Do y’all find yourselves getting mad as HELL every time they talk sideways about the Duchess Meghan?” he tweeted. 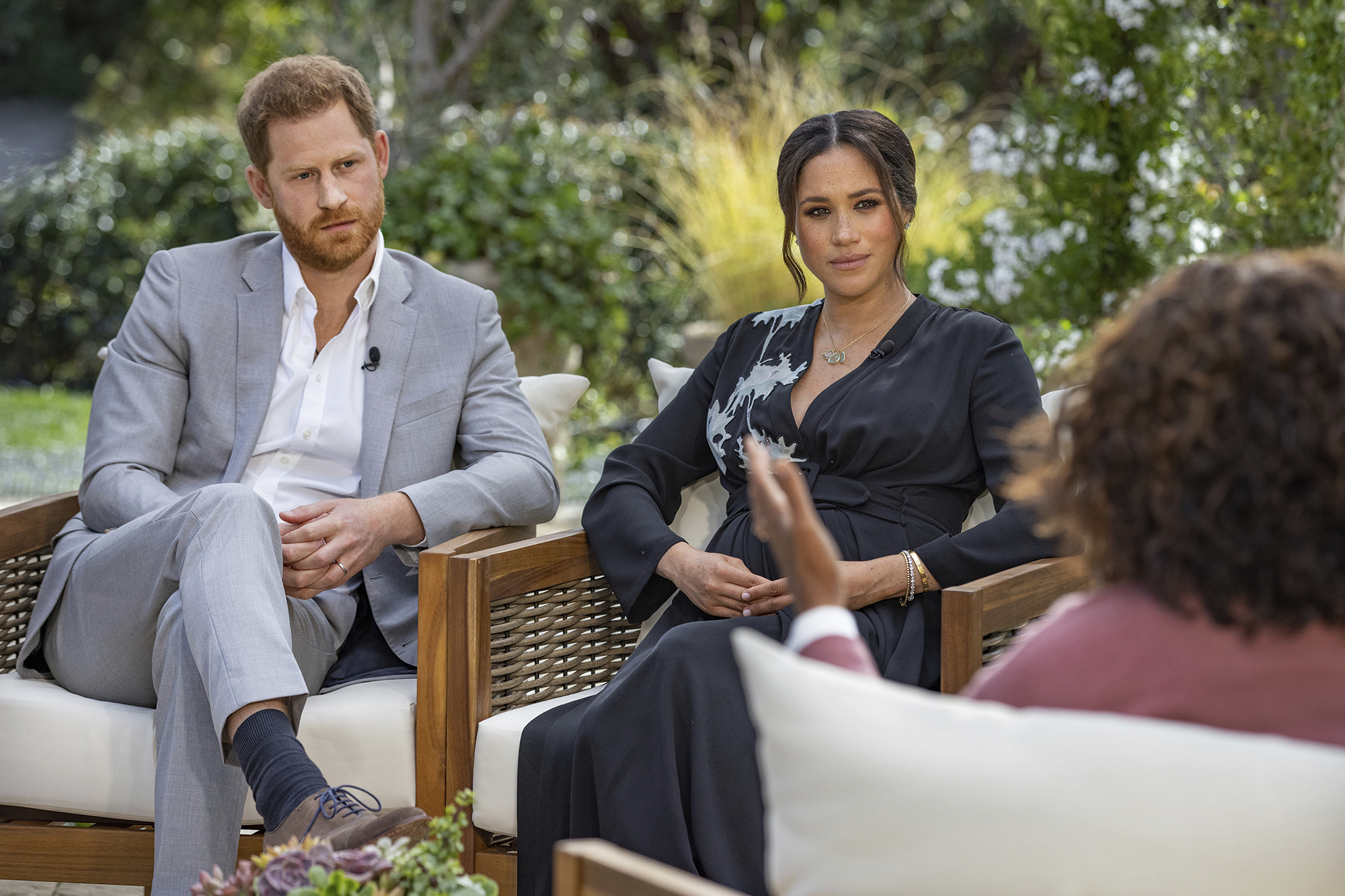 Jameela Jamil also blasted the reports of Markle’s alleged bullying and highlighted the suspicious timing of the drama.

“So lemme just get this straight. The palace were fine with all of Meghan’s ‘bullying’ for years and years until a few days before they fear she may out them publicly,” Jamil said on Twitter Thursday.

Fans will hear Markle and Prince Harry’s side of the story in their highly anticipated, two-hour interview with Winfrey on Sunday. In a trailer for the conversation, Markle claimed the royal family was “perpetuating falsehoods” against her and Harry.

“I don’t know how they could expect that after all of this time, we would still just be silent, if there is an active role that the Firm is playing in perpetuating falsehoods about us,” Markle says, using a nickname for the royals purportedly originated by King George VI.

“And if that comes with risk of losing things,” she adds, “there’s a lot that’s been lost already.”