Everything Meghan Markle Said About Her Relationship With the Queen

Following the end of the funeral service, British troops carried Her Majesty’s coffin out of the cathedral before it was driven to Wellington Arch for a final salute from soldiers. Members of the royal family — including the 41-year-old Suits alum — looked on from the Abbey entrance as it was loaded into the hearse. Meghan was even spotted wiping away a tear. 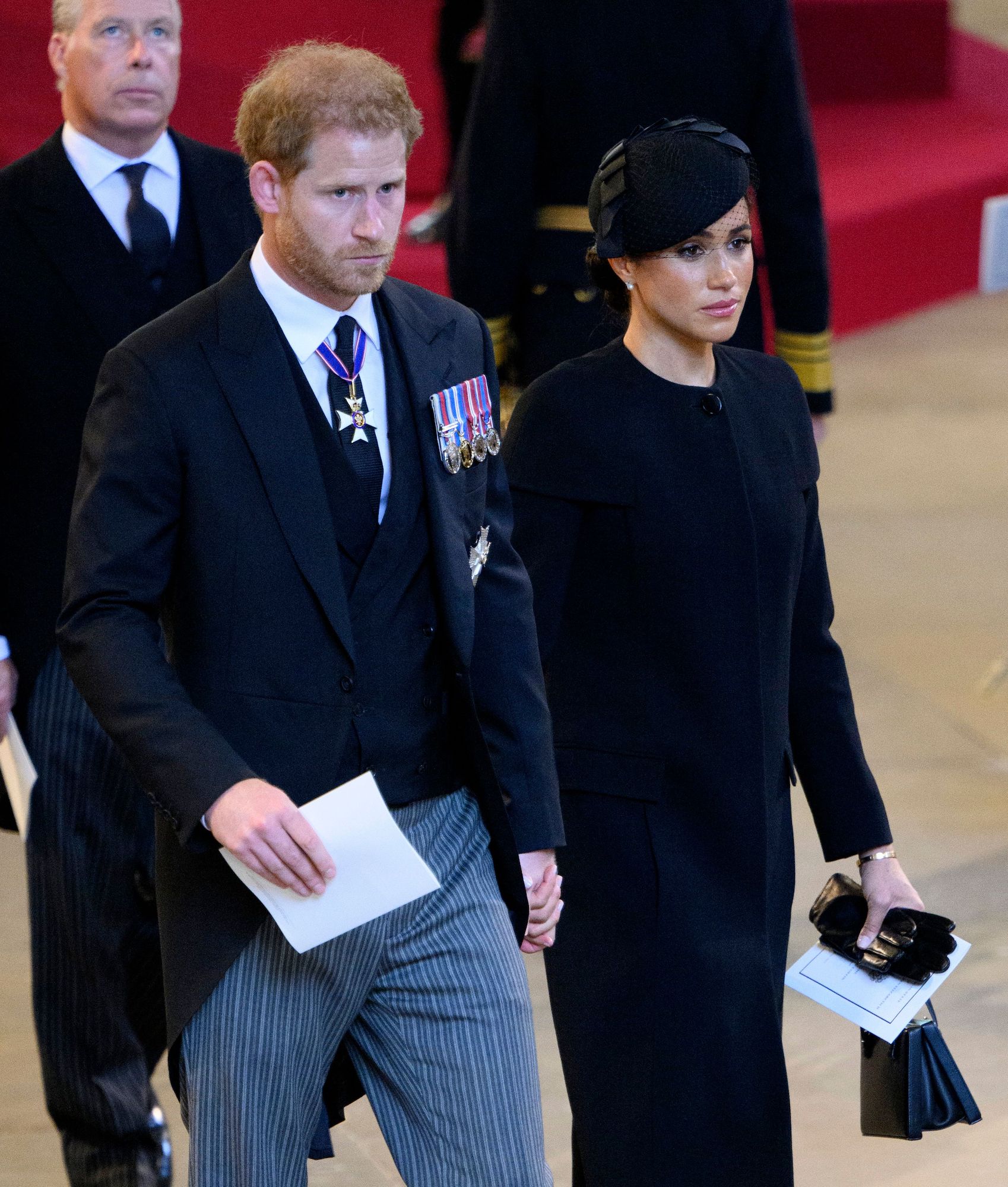 While Archie, 3, and Lilibet, 15 months, did not attend the Westminster Abbey proceedings, Harry and Meghan’s niece and nephew — Prince George and Princess Charlotte — walked ahead of the California residents when the casket was brought into the chapel. (Prince William and Princess Kate‘s youngest son, Prince Louis, was also not in attendance.)

Despite Archie and Lilibet’s Monday absence on Monday, they were able to meet Her Majesty ahead of her death. While the Duke and Duchess of Sussex were still living in the U.K. when Archie was born in May 2019, the couple had moved to the U.S. before Lili arrived in June 2021. The queen was able to meet her youngest great-grandchild at her 1st birthday party when Harry and Meghan brought the kids to England for the monarch’s Platinum Jubilee.

“After reluctantly pulling out of Party at the Palace, spending time with her great-grandchildren and seeing Lilibet turn 1 added some light to her day,” a source told Us Weekly in June as Elizabeth struggled with mobility issues. “She thinks they’re adorable and gave Lili and Archie gifts.”

King Charles’ Sweetest Moments With His Grandchildren Through the Years

Buckingham Palace confirmed on September 8 that the queen had died at the age of 96. Harry, who traveled to Scotland upon news that her health was declining, and Meghan were in the U.K. for an appearance at the time. The Archewell cofounders have subsequently stepped out for several appearances in honor of Harry’s grandmother, including a visit to mourners on the streets of Windsor, England, with Prince William and Princess Kate on September 10 and a service at Westminster Hall on Wednesday, September 14. Harry also joined William, 40, and his cousins for a final vigil with the casket at the hall on Saturday, September 17. 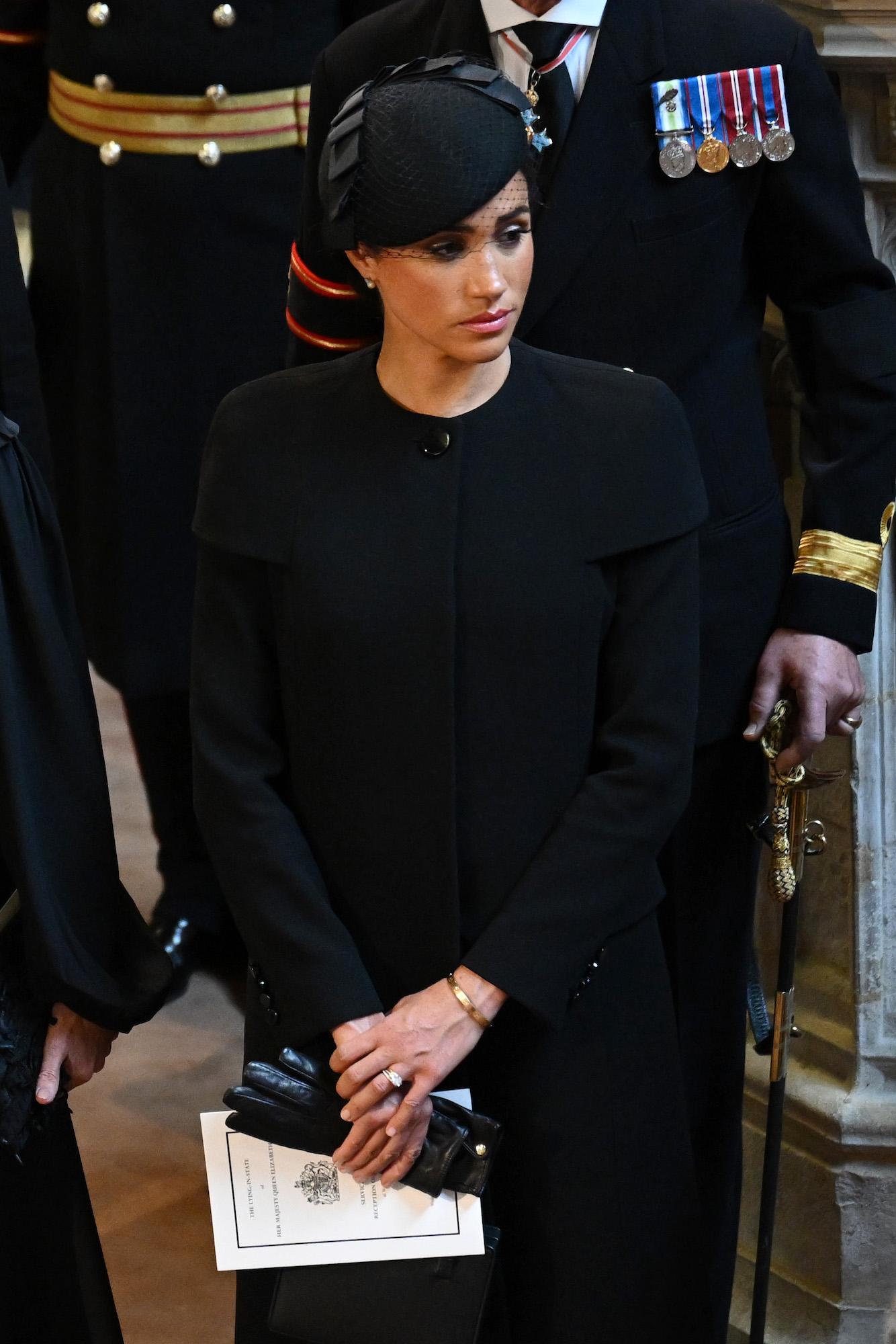 Compared to William and Kate’s kids — Prince George, 9, Princess Charlotte, 7, and Prince Louis, 4 — Harry and Meghan’s kids have likely spent less time with the British royal family following the couple’s decision to no longer be working senior members in 2020. Still, Harry and Meghan paid tribute to the late monarch with their daughter’s name — a nickname for Queen Elizabeth II. (Lilibet’s middle name is Diana after Harry’s late mother.)

“The Duke spoke with his family in advance of the announcement, in fact his grandmother was the first family member he called,” a statement denying speculation that the queen didn’t approve of the choice read in June 2021. “During that conversation, he shared their hope of naming their daughter Lilibet in her honor. Had she not been supportive, they would not have used the name.”

A Guide to Changing Names After Queen’s Death

After King Charles III took over the throne following the death of his mother, Archie and Lilibet, who do not currently have official royal titles, are able to be called prince and princess as their grandparent is the reigning monarch. The palace has yet to publicly comment on whether the kids will receive titles. Harry and Meghan gave up their His/Her Royal Highness titles as part of their deal to step back from their senior roles.

During his first address as king on September 9, Charles, 73, did give a shout-out to the Sussexes, noting: “I want also to express my love for Harry and Meghan, as they continue to build their lives overseas.”