One of the most highly anticipated movies of the year – Thor: Love and Thunder – has finally hit the big screen.

The beloved Son of Odin is back and Chris Hemsworth has ditched the fat suit from Marvel’s Avengers Endgame and is now as ripped as ever.

And superhero fans are flocking to cinemas to catch the latest blockbuster – but some are more dedicated than others.

That's because some are so obsessed with the Marvel Universe that they have tattooed their favourite characters to their skin.

Below, we take a glimpse at some of the most eye-catching portraits. You will be hard-pressed to find a more devoted Marvel fan than tattoo artist Juliane Förster.

The stunning blonde has spent a whopping £50,000 on Marvel and DC inkings alone.

Juliane, 33, from Oberndorf, Germany, even has a cheeky Spider-Man design on her bum.

But she is best-known for her colourful tattoos of the various characters down her thighs – including villain Red Skull and heroes Iron Man and Captain America. The mum was inspired to get the inkings because her little boy is obsessed with the comic book stars.

She said: “I love to watch the comic book movies with my son and can't wait to introduce my youngest son, Connor (2) and stepson Tyler (5) to all the superheroes when they are older. You are simply never too old for them.”

While we did say you would be hard-pressed to find a bigger fan than Juliane, we didn’t say it was impossible.

Step up Henry Rodriquez – a man who chopped off his nose and got horns inserted to his head so he can pay homage to Red Skull.

The Venezuelan tattoo artist splashed out £30,000 on his body modifications. Controversially, Red Skull is a Nazi supervillain who first appeared in the Captain America comics before being introduced to the Marvel movies.

Explaining why he wanted to look like him, the 42-year-old father said: “Since I was a child, I've always liked what was different, extrovert and I am a comic fanatic and I love the Marvel Universe.

“For that reason, I decided to be who I am now and I feel good with myself. That's the most important thing.

“I wanted to turn myself into this amazing comic character who I've really admired since I was little.”

Not all teachers are cool – but this can’t be said for one man in South Wales who is obsessed with Thor. 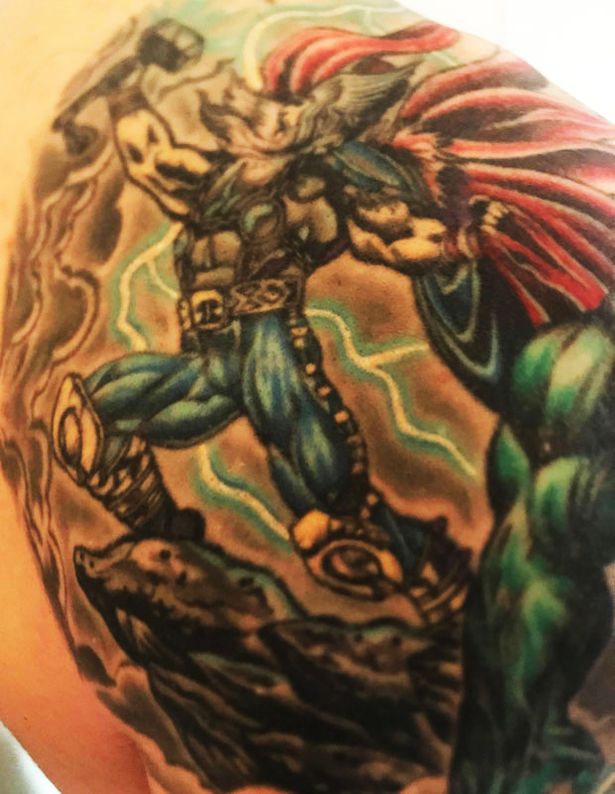 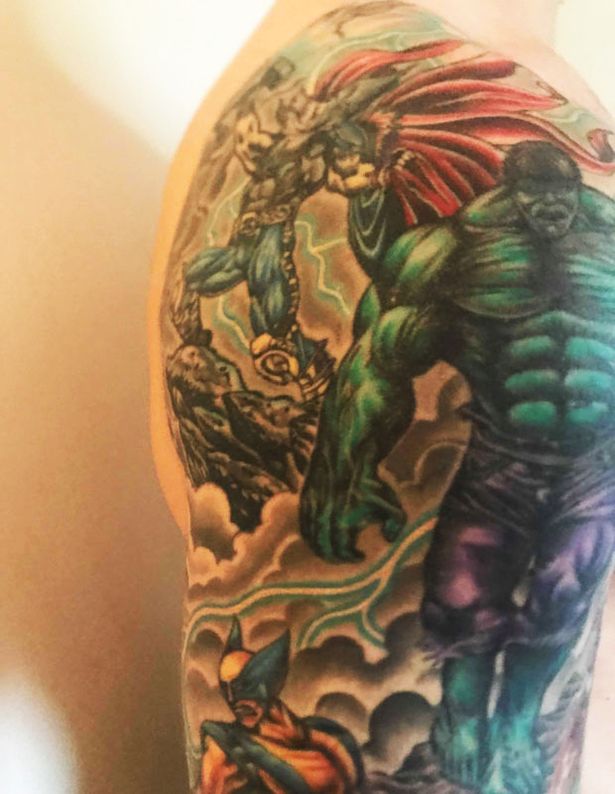 And speaking to the Daily Star, he said: “I started with Hulk and Captain America before moving on to Wolverine. I later had Iron Man, Thor, Deadpool and finally Baby Groot.

“Once they were completed I had the Infinity Stones and background put in.”

“The blue lightning shoots down through the rest of the tattoo.”

Genitals of the Galaxy

Unfortunately for Courtney Lyn, her Marvel inspired ink stands out for all the wrong reasons.

The American wanted Rocket Raccoon from the Guardians of the Galaxy on her arm – but the design looked more like a penis. Mortified, she said on TikTok: “It was supposed to be a knee cap.

Her tattoo shows Rocket holding a laser cannon while kneeling on the ground.

And Courtney added: "Look at this knee cap in question, there is a line there.

"He (tattoo artist) followed it correctly, unfortunately. I don't know if that's a fold in the clothing, a crack in the knee pad or whatever, but he followed it.

"I don't want to correct someone who does it professionally. "But if I saw that from an artist's standpoint, I would probably think, 'Hmmm I’m not going to do that.'

"Or, as some of you have suggested, do some shading."