‘Dancing with the Stars’ pro suffers head injury during rehearsal

Robert Annunziato was playing centerfield in the last game of a tripleheader softball match when a ball was hit deep, flying between him and the left fielder.

The pair both ran toward it, with Staten Island resident Annunziato, now 40, diving for the ball and his teammate leaping over him to avoid a collision.

But his teammate’s knee crashed into Annunziato’s head. “It cracked the left side of my skull, broke every bone but my jaw on my left side and my eye was bulging out,” Annunziato told The Post of the game that changed his life on Nov. 10, 2019.

Luckily the field was only a few blocks from Staten Island University Hospital. When he arrived by ambulance, a CAT scan revealed that he had an acute subdural hematoma. He was also paralyzed on one side.

Dr. Ronit Gilad, the neurosurgeon working that day, was shocked such a gruesome head trauma had occurred on the softball field.

“His injury was similar to a high-speed car accident,” Gilad told The Post.

She remembers: “He quickly became unresponsive, so he needed to be intubated. And his pupil on his left side was becoming larger than the right, which means there was a lot of blood accumulating on that side of the brain.”

During a two-hour surgery, Gilad and her team took out the fractured pieces of skull, rearranged them and secured them with 20 titanium screws and eight plates.

Gilad also removed the hematoma and coagulated the artery causing the bleeding. She emphasized that his recovery hinged not only on the surgery but also the aftercare — and his own will.

The married father of two, who works in IT, was placed in the ICU, where a medical team monitored the pressure in his head. According to Annunziato, doctors expected him to be there for at least six weeks.

On Nov. 27 — the night before Thanksgiving — he woke up. Though his family was relieved, he doesn’t remember it.

“I didn’t have the capacity to really understand it fully. Your brain is kind of up in the clouds.”

He gained just a little bit of clarity on Dec. 2, when his softball teammates visited him in the hospital.

“I asked my friends, ‘When I dove for the ball, did I catch it?’ They were like, ‘It just nipped off the end of glove, I hate to tell you.’”

A week later, he was transferred to JFK Johnson Rehabilitation Institute in Edison, NJ, where he would undergo physical, occupational and speech therapy. “I had the same doctor as Tracy Morgan,” Annunziato said, referencing the comedian who recovered at JRI after a bus crash in 2014 left him in a coma. 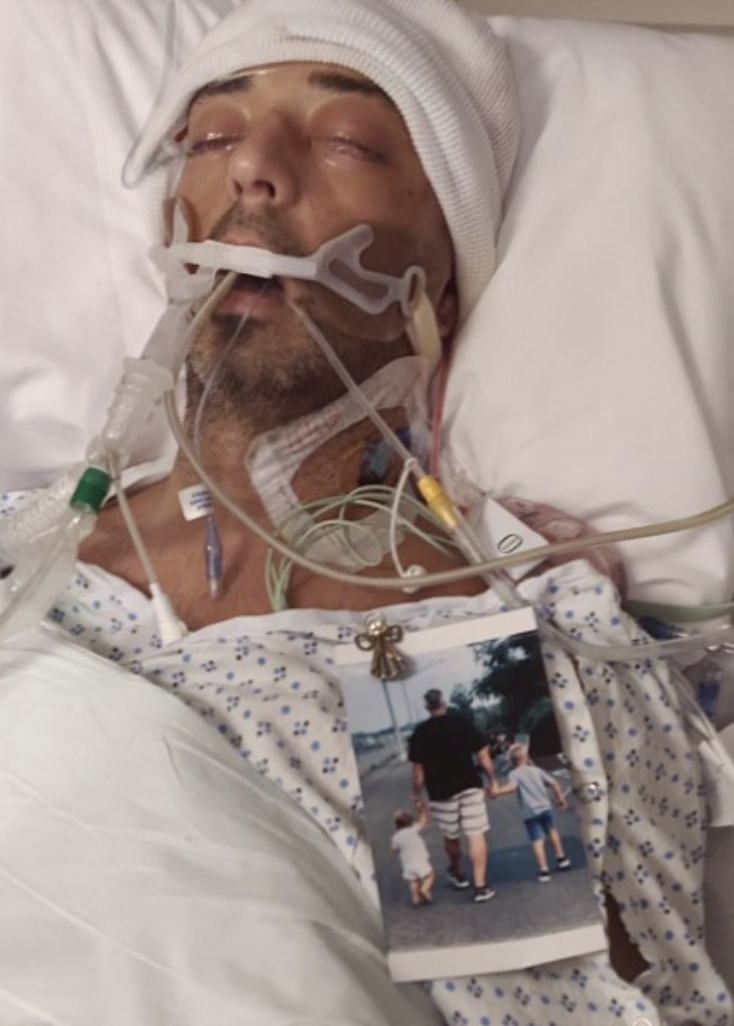 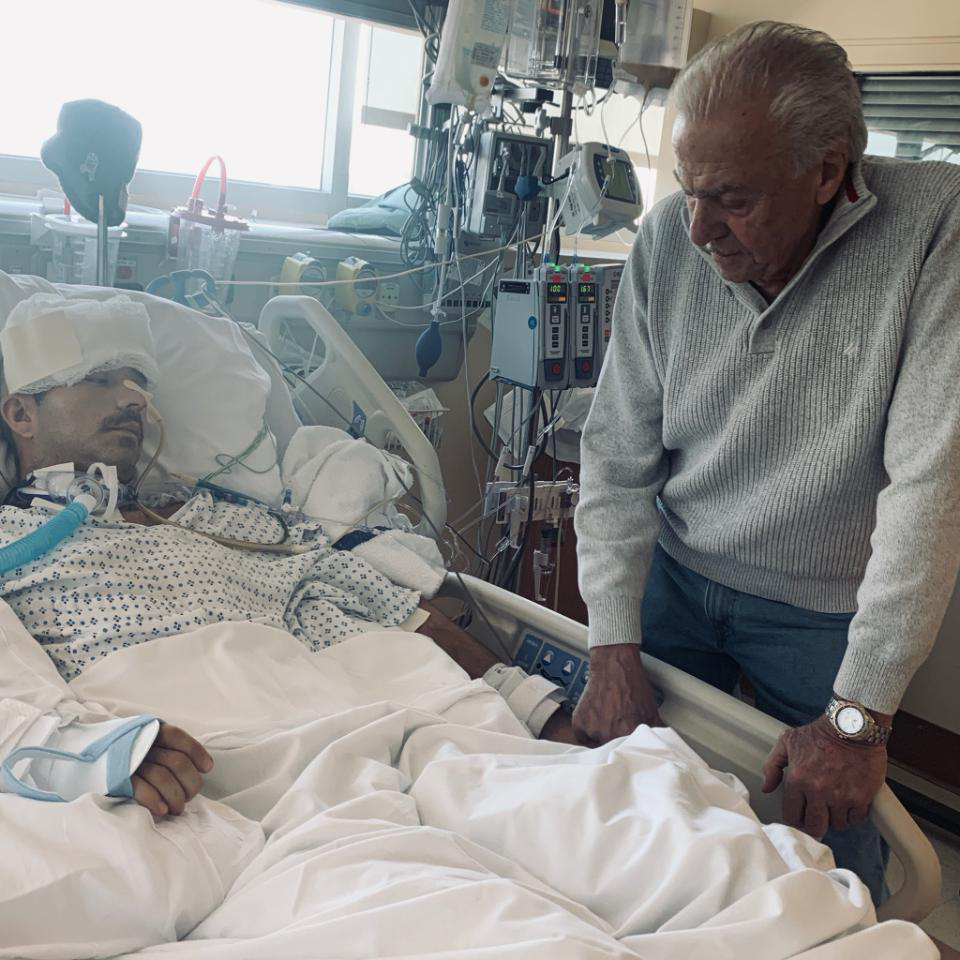 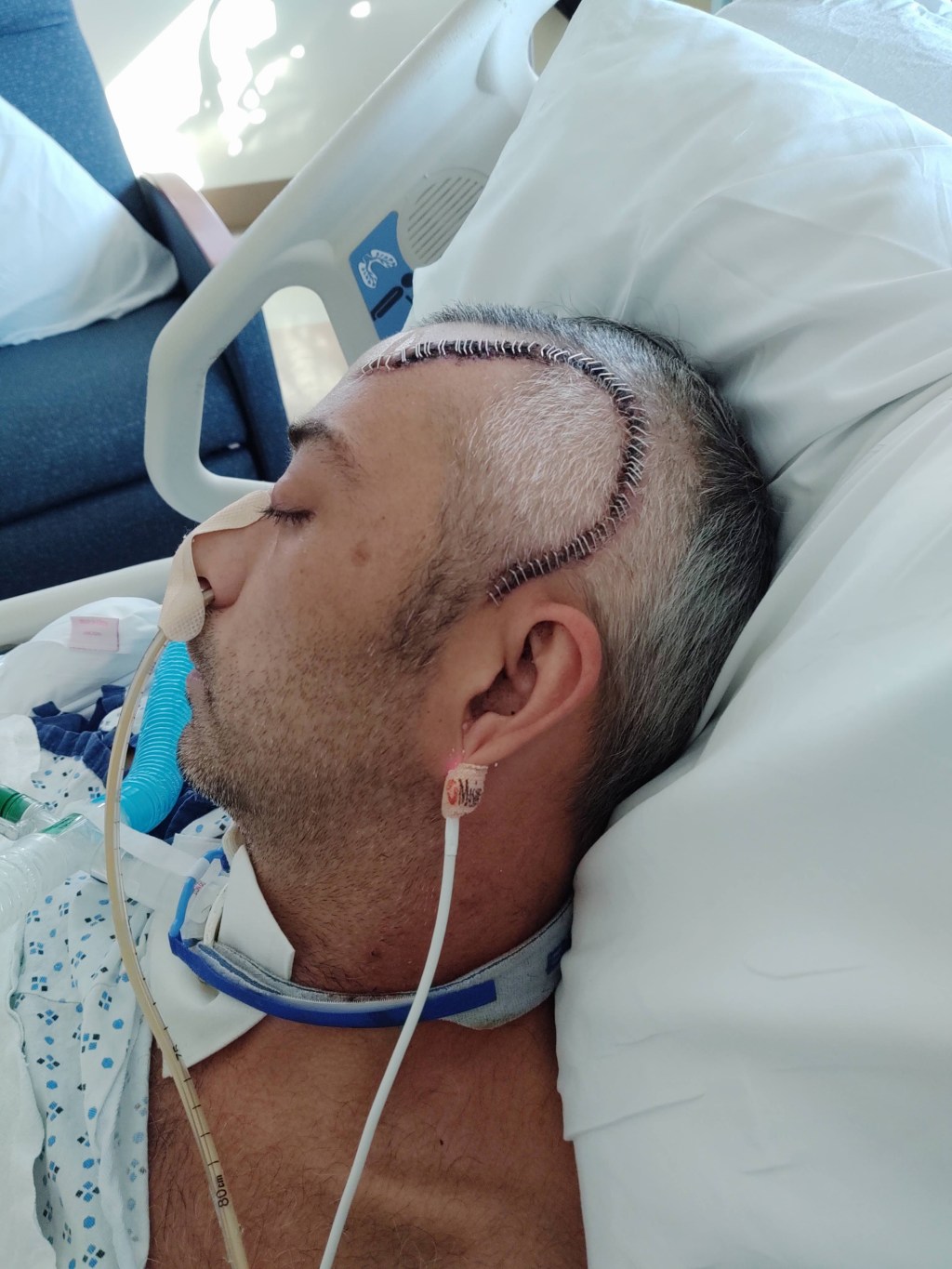