A woman has divided opinion on Twitter after revealing an ecnounter on a train with a male passenger who sat close to her while she was sleeping.

Taking to Twitter, Sabrina Aloueche from London, explained how she had been travelling back to the city on a four-hour-long train journey from Wales after 9pm when she fell asleep at a table seat with her earphones in.

In the viral tweet which gained more than 71,000 likes, Sabrina shared how she woke up to find a man opposite her at the table and she panicked, assuming he was a ‘weirdo’ and fearing he might have stolen something or filmed her.

However, the man told her that he’d simply sat beside her to make sure she was safe while sleeping.

The story divided Twitter users, with some claiming it was ‘weird’ and that he didn’t need to sit so close, while others claimed it was a ‘heartwarming’ and ‘decent’ thing to do. 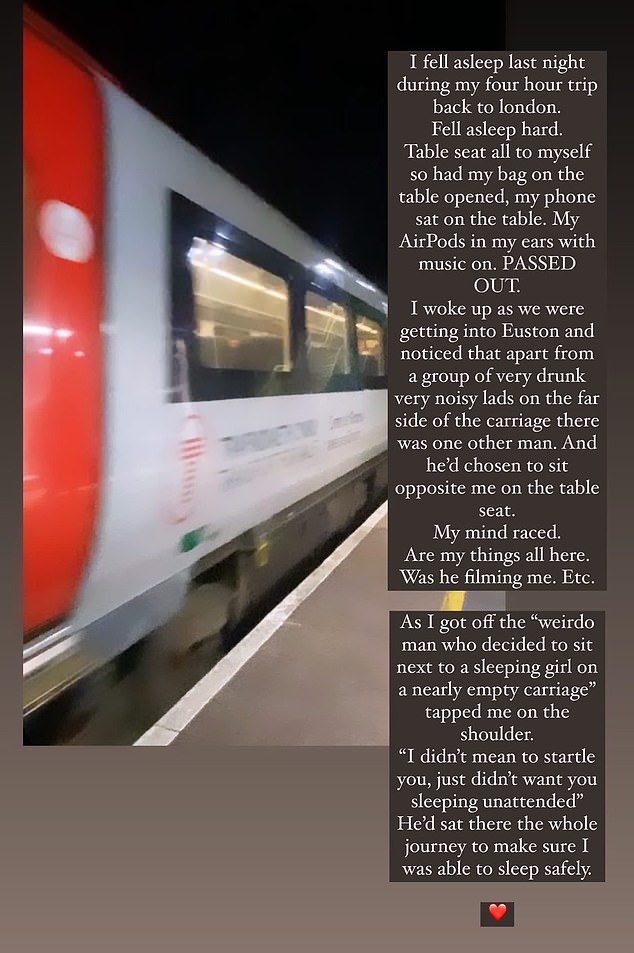 Sabrina said that when she woke up, she assumed the man was a ‘weirdo’ and quickly checked to make sure she had all of her belongings and wondered whether he had been filming her.

Sabrina let her followers know that the only other people on the carriage were a rowdy bunch of ‘very drunk very noisy lads.’

While Sabrina exited the train at her stop, the man tapped her on the shoulder to explain, ‘I didn’t want to startle you,’ he said. ‘Just didn’t want you sleeping unattended.’

Despite Sabrina’s clear gratefulness towards the man for staying with her for the entirety of her journey, some commenters claimed the man’s good intentions were actually an invasion of her privacy.

One shared their thought, ‘Nice thing to do but if it was a nearly empty carriage other than the rowdy group at the far end. Surely he could’ve sat in the adjacent seats, could’ve still kept an eye on you and intervened if necessary while at the same time wouldn’t have startled you when you awoke?’ 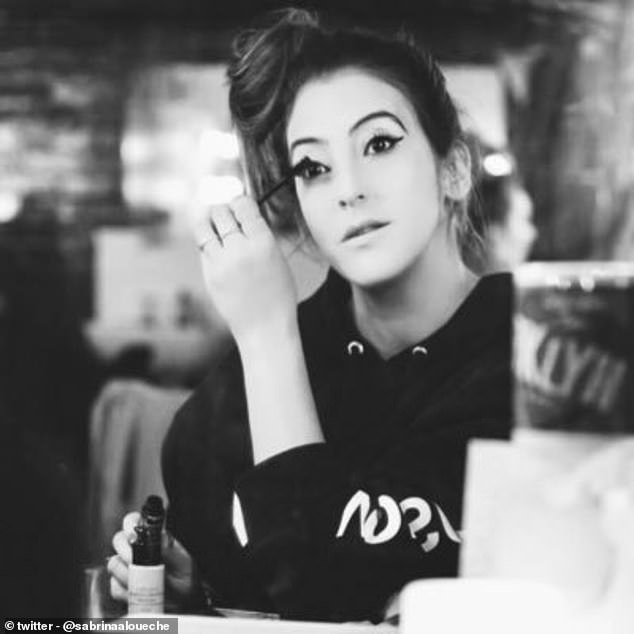 Sabrina’s tweet picked up 70,000 likes and created a discussion on whether the protetcive stranger could have helped while keeping his distance

‘I mean it’s a bit weird if you wake up on the train alone and some random guy is opposite you,’ said another person.

A third shared, ‘Weird. Could have achieved the same aim by being a few rows away.’

However for the most part people agreed with Sabrina that it was a sincere act of kindness.

One person tweeted, ‘Heartwarming story. He is the man we all want nearby at times like this. All men should be like him.’

‘I do this when I’m on the tube home,’ admitted one woman.

‘It’s late and a drunk woman is sleepy/unaware of her surroundings/otherwise not at her best. We’ve all been there and frankly we all deserve to be there every now and then – safely. So I deliberately sit nearby because I know I’ll protect her.’

Another offered their own experiences, ‘What an absolute gent. The last time I fell asleep on the tube someone dug through my pockets and nicked my phone after a 12 hour shift.’

‘Good to know there are decent people out there,’ said a fourth who went on to defend the man’s actions.

‘People saying he could have sat further away, if the group of drunken men decided to sit in the booth with OP then if the one guy tries to get involved he’s getting into a fight but if he sits with OP the group will stay back.’