Home » Lifestyle » Lewis B. Cullman, Patron of the Arts and Education, Dies at 100

Lewis B. Cullman, an investment banker and arts patron who, with his second wife, Dorothy, gave hundreds of millions to cultural and educational institutions in New York City over many years and helped charities raise millions more, died on Friday in Stamford, Conn. He was 100.

His death, in a hospital, was confirmed by his current wife, Louise Hirschfeld Cullman.

The scion of a family that owned the Benson & Hedges and Philip Morris tobacco companies, Mr. Cullman was born into wealth, made fortunes in business and on Wall Street, and sat on the boards of the Metropolitan Museum of Art, the Museum of Modern Art, the New York Botanical Garden and many hospitals, universities and corporations.

Jauntily dressed in colorful shirts and ties, Mr. Cullman was a lively presence in board rooms and, with his wife, cut a figure of warm fellowship at charity balls and fund-raisers. While his father and two of his brothers built tobacco empires, he made most of his millions in a company that produced and sold desk calendars and appointment books.

As a young man, Mr. Cullman recalled in an interview for this obituary in 2017, “I just wanted to be a weatherman. I thought it was an absolutely fascinating subject.”

His graduate studies in meteorology at New York University were cut short by World War II. In the Navy, he forecast storms for American forces in the Atlantic and later in the Mediterranean from a base in French Morocco. After the war, he founded a private weather-forecasting service in Boston, and for three years he alerted client cities and towns in New England when to roll out their snow plows. 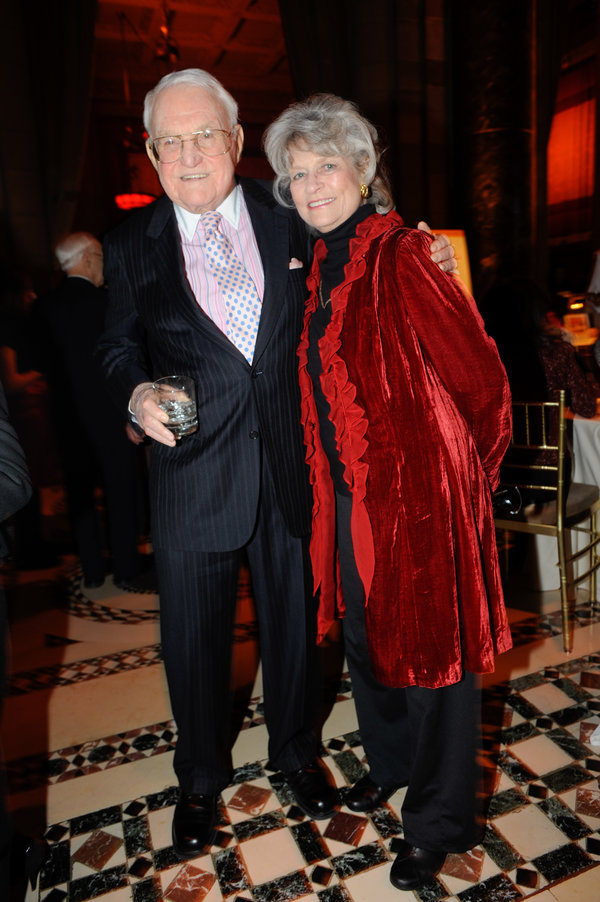 Lewis resisted his father’s entreaties to join the family tobacco business. At a time when the harmful effects of smoking were not yet proved, his objection to going into the business did not have to do with health concerns. “I just wanted to do my own thing,” he said.

He joined Cullman Brothers, his family’s investment firm, but felt unchallenged and quit in 1962 to form his own investment company. He later founded Cullman Ventures, which acquired start-ups with potential. One was Keith Clark, which made appointment books, diaries and desk calendars. Renamed At-A-Glance, it grew into the largest company of its kind in the nation.

“We bought it for about $14 million,” Mr. Cullman recalled. It became the top holding in Cullman Ventures and was sold to the Mead Corporation in 1999 for $550 million; his share was $300 million.

He did not retire. Instead, having engaged in philanthropy for years, he and his wife became full-time philanthropists. They planned to give away most of their money in their lifetimes.

Largely through their Lewis B. and Dorothy Cullman Foundation, they gave gifts to dozens of city institutions, including Mount Sinai Medical Center, Weill Cornell Medical Center, the American Museum of Natural History and WNET, the New York public television station. And unlike many benefactors, who just give money away, Mr. Cullman and his wife, who died in 2009, often took active roles in shaping their beneficiaries’ cultural and educational projects.

A $10 million gift to the New York Public Library, for example, went to create the Dorothy and Lewis B. Cullman Center for Scholars and Writers at the main library on 42nd Street. At their request, the center each year assembled 15 scholars and writers, who were paid $30,000 each to study, write, exchange ideas and conduct public seminars.

The Cullmans also gave $12.5 million to renovate the library’s performing arts branch at Lincoln Center and $7.5 million for the library’s research center for science, industry and business at the former B. Altman department store in Midtown Manhattan.

In addition to giving cash to the Museum of Modern Art, they donated artworks, including sculptures by Gabriel Orozco, drawings by Sonia Delaunay and design objects by Fabio Lenci, William Lescaze, Verner Panton and Otto Wagner.

In 2000, they gave $15 million to create the Dorothy and Lewis B. Cullman Hall of the Universe in the Rose Center for Earth and Space at the American Museum of Natural History. The hall depicts the creation of atoms, stars, galaxies and planets, and the search for extraterrestrial life.

Mr. Cullman and his wife also gave some $20 million over many years to the New York Botanical Garden, largely for molecular studies of plants and animals and other research in a joint program with the American Museum of Natural History, and for internships in science for young professionals.

Mr. Cullman’s favorite charity was Chess in the Schools. It teaches chess to disadvantaged city students and offers tutoring, SAT preparation and college counseling. Founded in 1986 by Faneuil Adams Jr., a Mobil Oil executive, and Bruce Pandolfini, a chess teacher, the program had been supported by Mr. Cullman since 1991 with annual gifts of $1 million, and has reached tens of thousands of students.

“Chess develops critical thinking,” said Mr. Cullman said. “It was the concept of using chess as an educational tool that appealed to me.”

A major theme of Mr. Cullman’s memoir, “Can’t Take It With You: The Art of Making and Giving Money” (2004), was encouraging wealthy people to give away most of their money during their lifetimes. What would happen, he asked, “if all those multibillionaires on the annual Forbes list of the 400 richest Americans decided they could rest easy with just, say, a billion each in the bank”?

His answer: “Tens of billions of dollars, maybe hundreds of billions, would be added to the philanthropic pool. Museums and the performing arts would flourish as never before. Medical and scientific research would leap forward. The poor would be taken care of even as the government abandons them. All of our lives would be enriched beyond measure.”

Lewis Benjamin Cullman was born in Manhattan on Jan. 26, 1919, the youngest of five children of Joseph F. Cullman Jr. and Frances (Wolff) Cullman. Lewis and his siblings grew up in the city and on an estate in Stamford, Conn.

Lewis attended the Collegiate School in Manhattan, the Fessenden School in West Newton, Mass., and Hotchkiss in Connecticut, where he skied, played tennis, succeeded Henry Ford II as business manager of the school newspaper and graduated in 1937. At Yale, he majored in government, wrote a senior thesis on weather forecasting and graduated in 1941.

“I still had no idea how I was going to crawl out from under Dad’s assumptions about my future,” Mr. Cullman wrote in his memoir. “And then World War II came along and provided me with all the cover I needed.”

At N.Y.U., he joined the Naval Reserve and studied meteorology. A two-year course on the subject was condensed to six months after the United States entered World War II. Mr. Cullman was called up as an ensign and became a forecaster at naval air stations in Lakehurst, N.J.; South Weymouth, Mass.; and French Morocco. His company Weather Advisors (later Cullman Weather Service) provided snow and ice warnings to cities in New England.

In addition to his wife, with whom he lived in Manhattan and Darien, Conn., his survivors include a son from his first marriage, Duncan; two stepsons, Jonathan and Antony Kerz; and eight grandchildren.

Mr. Cullman, who lived in Manhattan and Darien, Conn., also contributed to many institutions outside New York, including Yale and Purdue universities and the Johns Hopkins School of Medicine. Like many philanthropists, he gave matching grants, in which a charity must raise sums on its own to meet or exceed a donor’s pledge.

But he crafted a variation: the Cullman “drop-dead challenge.” For his gift of $2 million a year for five years, for example, the Neurosciences Institute in San Diego, where he was a trustee, had to raise $3 million a year, not only from private donors but also from its own trustees and key executives, who were expected to contribute substantially every year from their own pockets.

The challenge served as a goad to donors, brought home the meaning of giving to those more accustomed to asking for money, and concentrated the institute’s attention wonderfully.

“The beauty of it is, if you flunk anything, you get nothing,” Mr. Cullman told The Chronicle of Philanthropy in 2006. “It’s the urgency of all-or-nothing.”

And, he said, it worked.