The Law Institute of Victoria believes it would be better to have no pandemic powers for a brief period during COVID-19 than rush an imperfect, controversial new bill through parliament, as the government dismisses opposition “tactics” to delay the debate.

Existing state of emergency powers expire on December 15 and the Labor government hopes to pass its Public Health and Wellbeing Amendment (pandemic management) Bill 2021 through the upper house next week with the support of three crossbenchers. 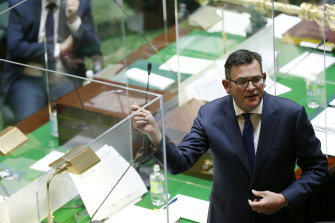 The Law Institute of Victoria, the peak body representing 20,000 legal professionals, says the proposed bill is an improvement on the existing framework, with a clear focus on protecting human rights and increasing transparency.

“There has been a significant attempt to do that, and we need to acknowledge that. We do, however, have concerns that in its current form, it is actually not going to achieve those aspirations,” institute president Tania Wolff said.

With 85.5 per cent of people over 12 now fully vaccinated, Ms Wolff said Victoria had the opportunity to go slow on the bill even if it meant there was a brief period with no pandemic powers.

“I think it’s worth getting this right and I think we’ve got a real opportunity to do so.”

The submission follows protests and a toxic debate, prompting safety fears for government and crossbench MPs, and harsh criticism from the Victorian Bar and 60 top QCs.

The proposed laws will replace existing state of emergency powers, empowering the premier and health minister of the day to declare pandemics and enforce health directions. Under the current system, the state’s chief health officer, who is not an elected official, has these powers.

Key crossbenchers are expected to seek amendments to the bill in the upper house following consultations with human rights and law experts.

Ms Wolff said it was in some ways unfair to leave the crossbenchers with just days to respond to the submissions of legal experts and quickly negotiate changes “that impact on every Victorian”. 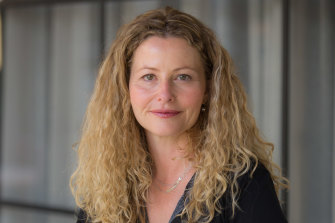 The Law Institute of Victoria made eight recommendations, including the need to strengthen independent oversight by potentially empowering the Ombudsman and providing an accessible external review process of detention orders through the Victorian Civil and Administrative Tribunal.

The institute would also like to see less emphasis on law enforcement, require actions to be compatible with the Human Rights Charter and more details on what basis orders could be imposed on people with particular attributes such as political beliefs.

Government and crossbench MPs on Thursday dismissed a plan by the Victorian Opposition, revealed by The Age, to delay the bill by refusing leave to debate it in the upper house next Tuesday. The bill passed the lower house last month.

Mr Meddick, speaking with Virginia Trioli on ABC Melbourne’s Mornings program, said that was “just a bit of public grandstanding by the Opposition”.

Addressing the media on Thursday, Road Safety Minister Ben Carroll encouraged the public to remain civil and said the Opposition’s tactics would not delay the bill from passing next week.

“The Opposition can say that, they’ve still got to be able to do that. We’ll continue to work constructively with all the upper house members.”

Shadow Treasurer David Davis said the Opposition would put forward more than a dozen amendments in the upper house but believes the bill is so unacceptable it cannot be remedied.

Ms Wolff said the government could allay people’s fears by listening, taking criticism on board and making changes to the bill where necessary.

“If you respond in a way, ‘Well, I’m sorry, it’s my way or the highway’ … then you do bring people to the fringes, you do allow extremism to have sway, I think.”

The Human Rights Law Centre on Wednesday broadly welcomed the bill as an improvement on the existing framework, but with nine recommendations, including a time limit on how long a pandemic can be declared without parliamentary approval.

The Centre for Public Integrity has also made 10 recommendations that include ensuring the proposed legislation is not exempt from the Equal Opportunity Act.