Home » Lifestyle » King Charles is 73 years in the making, but what kind of monarch will he be?

In his darkest hour, King Charles III is facing his destiny at last. But the glimpses of him we’ve had over the last week show staggering contradictions.

A man who won over the nation with his first emotional speech as monarch, paying tribute to his ‘Darling Mama’. But also a man who, days later, threw down his fountain pen in irritation before being consoled by a steady Camilla as he complained ‘I can’t bear it’ – all in the manner more befitting of a churlish teenager than a 73-year-old head of state.

So who exactly is our new King. What can we expect from his reign – and what has shaped him?

From the lonely boy clutching his teddy bear as he set off to boarding school at the age of eight to the Cambridge student who shone in the Footlights and the caring King who has stepped out of the shadows, we look to our future under a very different sovereign.

The setting was a London society children’s party in the 1950s, with tables groaning under sugar sandwiches, bananas (a rare post-war treat) and nannies chatting as their charges donned paper hats and blew streamers.

In the corner, red-faced and indignant, stood a little boy in corduroy shorts – the only boy in the room wearing the heavy, old-fashioned material. That child was Prince Charles, who was never to forget the humiliation and isolation he felt that day – blaming his father, Prince Philip, for forcing him to wear those shorts.

It wasn’t just the corduroy he hated – but the sense of being different. Far from the pampered princes of the past, our new king endured an unhappy childhood that haunted him for years but fuelled his desire to right all wrongs and made him very much the champion of the underdog. 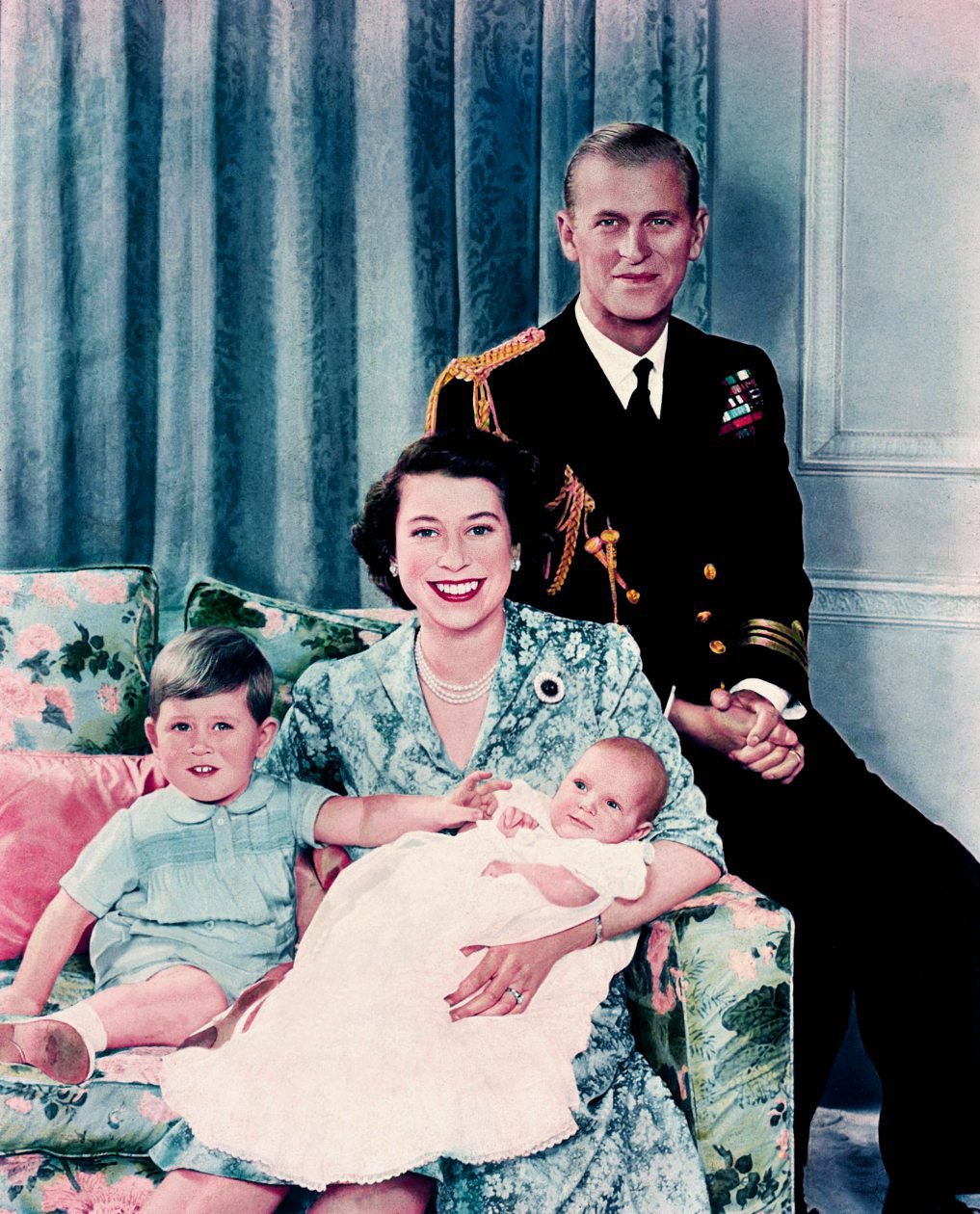 Indeed, his doting grandmother, Queen Elizabeth the Queen Mother, would proudly say that Charles always picked the weakest person for his team because he knew what it was like to be overlooked.

Born at Buckingham Palace on November 14, 1948, Charles spent much time with his grandmother, who allowed him to sit on her bed and play with her lipsticks.

Aged eight, he was sent to board at Cheam School in Berkshire. He clutched his teddy bear, cried himself to sleep nightly and wrote long letters to his parents twice a week – the start of his lifelong interest in letter writing. Other pupils called him ‘fatty’ and ‘jug ears’. Then when Philip sent him to his old school, Gordonstoun – where cold showers were designed to toughen up pupils – his misery was compounded.

Head to Metro.co.uk’s Queen Elizabeth II tag page for the latest updates, and sign Metro.co.uk’s book of condolence to Her Majesty here.

Charles described it as a ‘prison sentence’. In 1963, on a school trip, he ordered a cherry brandy in a pub – sparking headlines and leading to the sacking of his only friend – his police bodyguard. Fellow pupil Ross Benson later recalled: ‘He was crushingly lonely for most of his time there. The wonder is that he survived with his sanity intact.’

At the age of 17, Charles enjoyed two terms at Timbertop School in Geelong, Australia, and a year later he arrived at Trinity College, Cambridge.

In 1970, he met society girl Camilla Shand. Twinkly eyed, jumping behind bushes for a sneaky cigarette and with a drink often clenched in one hand, she dazzled Charles. But she was an unsuitable match, due to her ‘racy’ past. Instead, as Charles mourned the loss of his great-uncle and mentor Lord Mountbatten, killed by an IRA bomb in August 27, 1979, he met 19-year-old Lady Diana Spencer.

He proposed to her six months later after – according to one source – just 13 meetings. About 750 million people worldwide watched the marriage at St Paul’s Cathedral on July 29, 1981 – a wedding dubbed ‘the last great state event of the 20th century’ by Debrett’s.

The early years of their marriage were happy, and with the birth of William in June, 1982, followed by Harry in September, 1984, Charles became an attentive father, with one onlooker recalling the affectionate hugs they shared, even as the boys became teenagers.

But as their marriage broke down, Charles sought solace with long-term love Camilla. In 1992, the princess collaborated with author Andrew Morton for his explosive biography Diana, Her True Story, with a devastating television appearance on Panorama in November, 1995, hastening the couple’s divorce.

After Diana’s death in a car crash in Paris in on August 31, 1997, Charles’ fatherly instincts clicked in. Woken in the early hours with the news while holidaying in Balmoral with his sons, he insisted William and Harry be allowed to sleep before they heard the terrible news.

So how have the years since the tragedy shaped the King? Camilla’s down-to-earth charm eventually won over William and Harry, and after the couple married in April, 2005, she found her own way of dealing with the prince. If he threw a tantrum, she’d simply remove herself to her home in Gloucestershire for several days – giving Charles the space for reflection.

The couple adopted rescue Jack Russells – Charles and the underdogs again – and when one disappeared, he was inconsolable.

Former royal reporter Antonella Lazzeri recalls seeing Charles meet the public. ‘His schedule is bruising but he always makes time for people,’ she says. ‘And when he greets you, his eyes twinkle and he really listens with genuine interest to what you have to say. Charles has a way of making someone feel they are the only person in a room.’

King Charles never eats lunch and the rumour was always that he didn’t drink. But Lazzeri says, ‘I remember a 16-year-old footman who had just started work, holding a tray with a cup of Earl Grey tea.

‘When Charles arrived and saw the drink, he asked, “What’s this?” The young lad look terrified but Charles quickly put him at ease by joking, “I was rather hoping it would be Pimm’s!”’

Meanwhile, how forward-thinking King Charles turned out to be. Despite ridicule, from the 1970s onwards, his views on organic produce, ‘ugly’ architecture and pollution have proved prescient. He launched the Prince’s Trust, which has helped more than a million youngsters to date, after leaving the navy in 1976.

But his reign will see a far more hands-on monarch. The young boy who once wrote lonely letters home from school never stopped writing and it’s known from his ‘black spider memos’ to government ministers that he dabbles in politics far more than his mother ever did.

Much has been written about Charles’ rather distant relationship with the Queen. But he craved her love, and in recent years they became closer than ever. The little prince whose father once wanted to toughen up proved indeed to be a man of steel.

When Harry and Meghan announced Megxit, Charles took a firm line alongside the Queen. The same applied to the Duke of York – disgraced through his friendship with Jeffrey Epstein.

Last week, Charles’ tearful nine-minute address to the nation as king, just one day after he sat at his mother’s deathbed, hit exactly the right note. Sensitive, loving, humble and clearly deeply moved, it proved to be a PR masterclass. But by the same token, he was visibly irritated with a leaking fountain pen days later – with calm Camilla stepping in to defuse the awkward situation.

A king of hearts, or a man of ill-temper? More likely a man exhausted by grief and bowed by the weight of his new role.

At a time when most people are enjoying retirement, Charles will be working throughout each day, late into the night. But he’ll enjoy evening drinks with Queen Consort Camilla, and sit on their sofa alongside their beloved dogs.

The boy who once prayed for a normal life has stepped into an extraordinary new role as monarch – but calm and sensible Camilla, his own ‘strength and stay’, will prove his greatest weapon.