“It’s no reason why I shouldn’t have it,” the comedian joked to Page Six at the screening of his new miniseries, “True Story,” on Thursday. “2022 is a new year. It’s a new me. And I think it’s all about the sexy. I will get People’s Sexiest Man Alive. You can bet your ass on that.”

The 42-year-old added, “Paul Rudd, you got lucky. You know, you’re welcome. I did my campaign in Thailand. I think that’s the problem. Like I didn’t do it in the States. So I think in Thailand I’m definitely the Sexiest Man Alive. I did it in the wrong environment, so I’ll switch it up and I’ll make sure it’s in the States next time.”

Up until now, Hart has become a huge star with comedy specials and movies like “Jumanji” and “Ride Along,” but in “True Story” he takes on his first dramatic role. In the film, he plays a famous comedian, not unlike himself, whose uneasy relationship with his brother — played by Wesley Snipes — threatens to destroy his entire career and life.

“This is an opportunity for me to showcase myself, my talent in a different way, in a different light,” he explained. “It was about aligning myself with people that can help amplify the opportunity. I think that it puts me in a position to do more.

“I think in a career it’s about doing the things that best serve you, your happiness, your wants, your needs. And in this case, it’s about progression. I’m just showing that I’ve gotten better. I’m showing that I’m capable of so much more.” 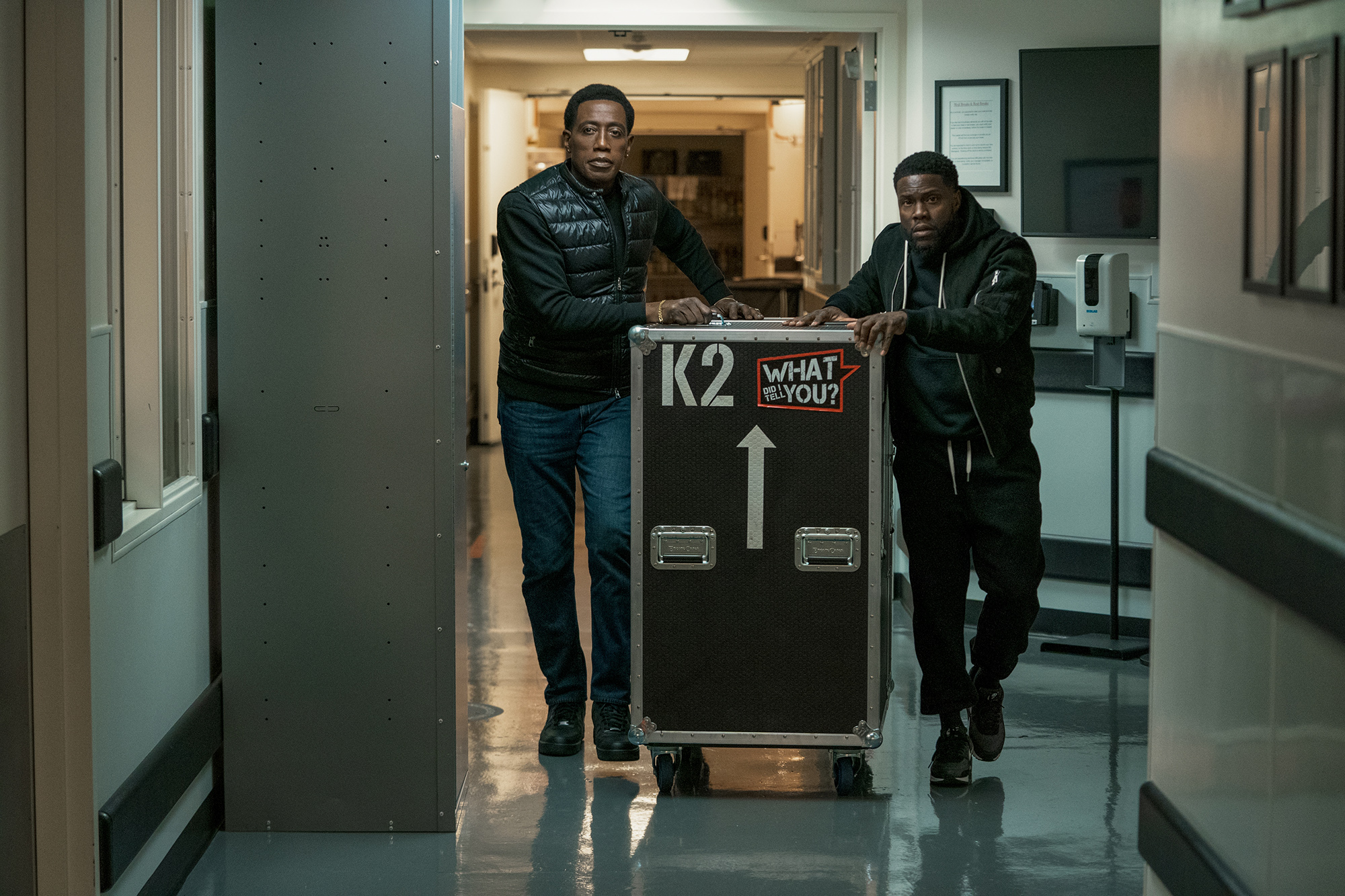 The series, created by Eric Newman, also explores the subject of fame, something that Hart is obviously well acquainted with.

“It’s understanding yourself,” the “Central Intelligence” star said. “So knowing when to take steps back for you, for your mind, that’s important. But also knowing when it’s important to give people a little dose of that because you don’t know what it could do for them.

“I think thus far I’ve done a good job. I seem to have good control over it and [an] understanding of it. And I think until it’s different and I feel different, I’m going to operate the same [way].”