Keeping their options open! Joe Amabile and Serena Pitt aren’t as concerned as Bachelor Nation about their moving plans after he proposed on the season 7 finale of Bachelor in Paradise.

Bachelor Nation Reacts to Joe and Serena — and Kendall’s Visit

“Right now, we’re splitting time between Chicago and Toronto, and then we are planning on moving in together in the spring,” the former grocer, 34, exclusively told Us Weekly during a joint interview with Serena, 23, on Wednesday, October 6. “We’re deciding between probably three locations, either Toronto, Chicago or New York. We’ll figure it out.” 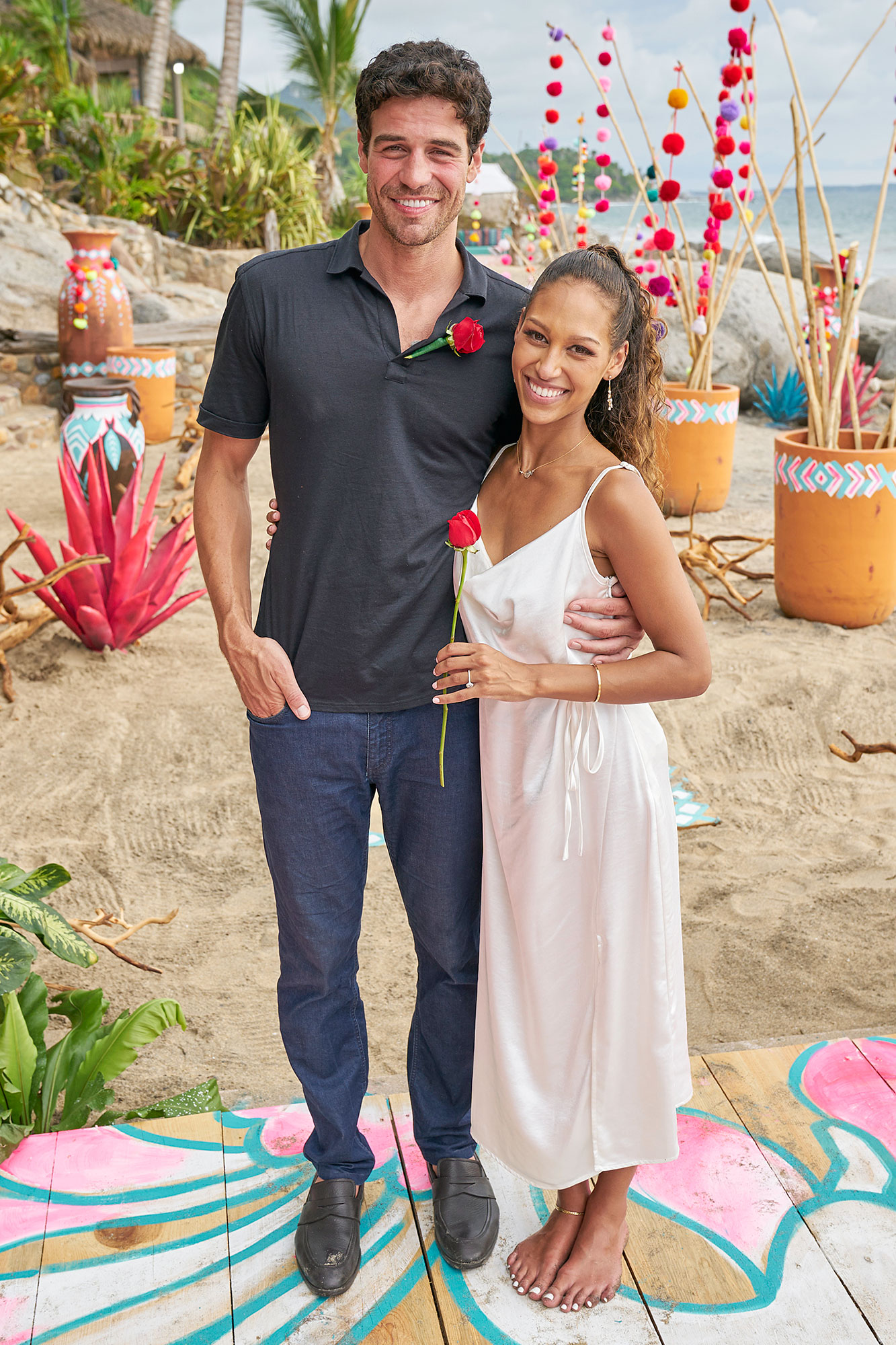 The Bachelor season 25 alum agreed, noting that the pair have “a little bit of time” before they have to make a big move.

“We’re definitely excited to take that step in the relationship and, you know, we both love the East coast, but it’s kind of whatever makes the most sense for us personally and professionally at the time,” Serena explained.

Joe got down on one knee during the Tuesday, October 5, finale of BiP after his ex Kendall Long returned to the beach for one final conversation. The former pair, who met on season 5 of the ABC series, called it quits in early 2020. During season 7 of BiP, it was revealed that their relationship ended over Kendall’s refusal to move to Chicago after Joe didn’t enjoy living in Los Angeles. 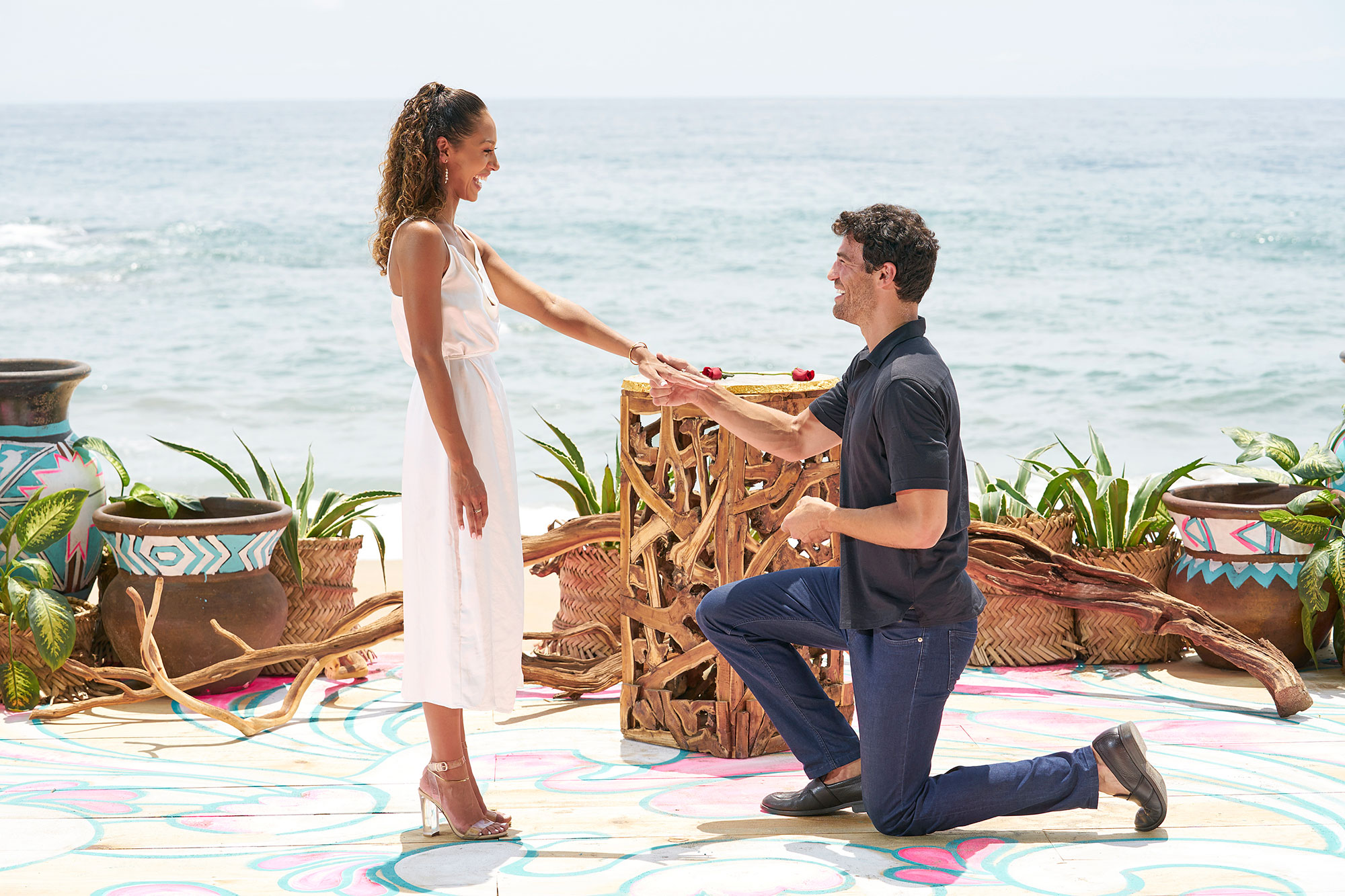 “It’s difficult for me to not have you be a part of my life. I do want you in my life. You’re a special part of my life and want you to be in my life in some capacity. It’s hard to not have that,” she said on the September 6 episode of BiP. “You try to move on, but for some reason it doesn’t feel right, and it’s hard to. … I guess the thing that was difficult for me is the reason why we broke up is not because we didn’t love each other.”

Joe replied at the time, “Your whole thing was, ‘I don’t want to move anywhere for a man.’ I should’ve been more than just ‘a man’ at that point. We could’ve tried it.”

‘Bachelor in Paradise’ Couples Who Are Still Together

During Tuesday’s finale, Kendall reiterated her points and wished Joe and Serena well. After he proposed, the Canada native acknowledged that their exit hurtle might be her parents.

“I think shock was the first emotion, definitely shock, but I mean, we have a great relationship,” Serena told Us of her parents finding out about the engagement. “They’re very loving and supportive and as much as I would say, they’re still a little bit shocked by all of it — I mean, it’s just very unconventional — [but] they’re just excited to be a part of it and be able to share it now with their family and friends and get to know Joe more.”

Joe added that meeting Serena’s parents was “great,” explaining, “I mean, they’re wonderful people and very similar to my family in a way. But yeah, I mean they’re obviously …“

Serena interjected, “They’re like, ‘You’re engaged to a stranger!’ when I called them.”