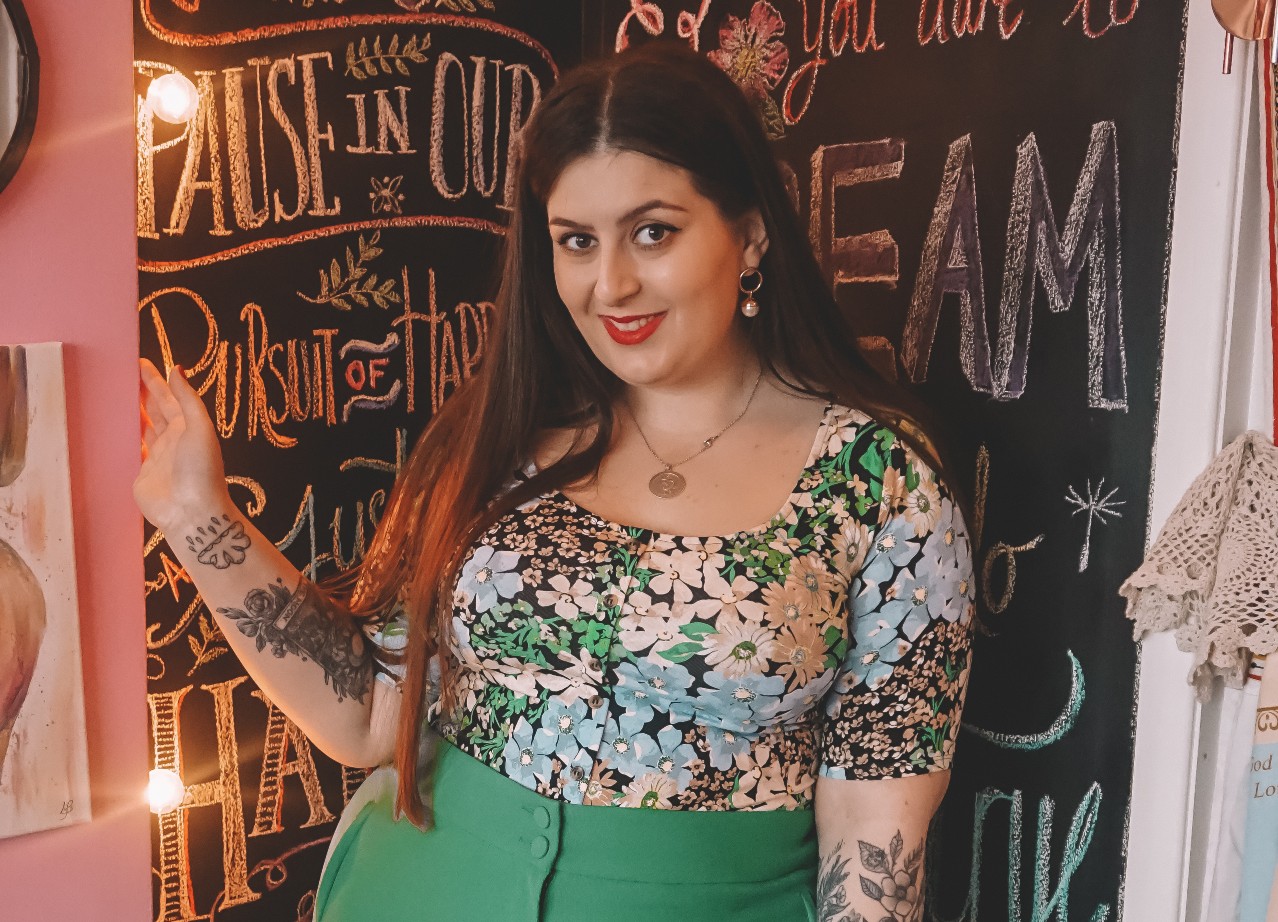 ‘Will you be my girlfriend?’ asked my crush while I swooned with happiness.

I’d been in love with him for over a year when he’d invited me to his house for Bonfire Night. That moment, at the tender age of 12, was everything I’d been wishing for.

Only, the next day at school, he blanked me completely before calling me up that night and ‘dumped’ me. He told me he liked somebody else more than me, I hung up the phone and cried to my mum for the next hour; dreading walking into school the following morning.

The rejection hit me like a ton of bricks. My first encounter with unrequited love haunted me like nothing I could fathom at that age, but little did I know I’d have many more romantic disappointments to follow.

I’ve had more crushes than I’ve had cups of coffee, and I’m addicted to coffee. I’m obsessed with the feeling of having a crush on somebody; heart skipping a beat, sweaty palms and an unmistakable giddiness that leaves me blushing just thinking about them.

The feeling you get when you see them and your eyes lock, even just for a second – in my opinion, nothing can match this rush of adrenaline.

When Valentine’s Day rolls around each year I’m overwhelmed by memories of past loves. They have made a permanent mark on me; kept me up until 2am while dreaming of having romantic Valentine’s dinners and exchanging lovey-dovey cards.

You may dismiss them as ‘crushes’ as none of my past loves have been reciprocated and I’ve never been coupled up, let alone for Valentine’s Day.

Datingroo UK have said that ‘every time you see your crush a little dopamine bomb goes off in your brain. That’s why you begin to crave this intense feeling of excitement around that person.’

It’s proven too, many scientific studies conclude crushes boost our moods. According to senior therapist and relationship expert Sally Baker, crushes make us feel so good because they are a ‘flight of fantasy’ and ‘a distraction’.

But Sally also warns they can become dangerous ‘if it interrupts you from having a real-life, and real connections with people who are open to you, then it’s counterproductive.’

I have to agree; I think that crushes have stopped me from moving on and from seeing what is really out there and on offer to me.

It’s important to note that crushes and unrequited love are different, though. A crush is defined as a strong attraction to another person, whereas unrequited love goes further. It is not openly reciprocated – the beloved may not be aware of the admirer’s deep and strong romantic affection, or may consciously reject it.

My crushes tend to develop into unrequited love, and as somebody who has never known or experienced real reciprocated love, this is as real as it has ever been for me.

Throughout my teens, I had similar encounters to my Bonfire Night heartbreak, like the boy on a cruise who a kind waiter agreed to pass along my Facebook URL. He messaged me a week later and told me he didn’t recognise me before he eventually began ghosting me. At 15, I was way too eager for an 18-year-old boy.

There are countless celebrity crushes I’ve developed too.

In my early teens, my love for the band members of One Direction developed. I plastered my walls with their pictures, camped out for tour tickets and waited around the back of music venues in hope I would meet them. My love for them was unwavering and I was besotted with boys who I knew I would never get the chance to meet, let alone kiss.

These crushes were different from those I have had in real life – I knew that nothing would ever come to fruition. Real-life crushes always have the chance to amount to something, no matter how slim the chances.

By 18, I was primed to cope with unrequited love, or so I thought.

My longest, most painful experience of unrequited love was spent across three years, writing diary entries and daydreaming about a boy at my college. I remember feeling butterflies whenever I’d see him, I made the effort to memorise information about him, like his favourite songs, his hopes, dreams, and the conversations we’d have.

I was irrevocably happy when he followed me on Twitter, and I cried myself to sleep when I thought he fancied my friend.

Each day I would go into college in a perfectly coordinated outfit, red lipstick and a sassy yet friendly persona – I lived in hope that he would like me back, I longed for it so much that I could feel an aching in my chest. I couldn’t look at anybody else, only him – he was all I could think about.

Valentine’s Day came around in our second year of knowing each other and we were closer than ever as friends – we worked together in class, texted frequently and spent our lunch breaks together, too. I thought ‘maybe this is the year he’ll send me a card?’.

I was always tempted to send him one but my subtle way of showing my affection was with a Christmas card two months prior, where I added three extra kisses than I did for my other friends.

I thought that this would have hinted at my feelings for him and then he’d reciprocate that on Valentine’s Day… but he didn’t.

Every day I thought I was one step closer, but in reality, I was miles away from anything ever happening.

Other than my mum, the only other person who knew about my crush was a friend from college. She told me that I was ‘wasting my time’ because ‘it would never work out’. Maybe this sowed the seed of doubt within me.

For months after I left college, I spent nights pacing my bedroom, hoping he felt the same. I’d check my phone more than I needed, just in case he’d text me. I didn’t dare to send him a text through the fear of rejection.

I cried over and over about a boy who never had any intention of loving me and would never think of me as anything but just a friend.

After searching online ‘How do you get over a crush?’, I realised that my feelings were valid. I found lots of articles explaining that unrequited love can hurt just as much as a real relationship that has ended.

I don’t know for sure whether this was unreciprocated love, because I never made my feelings known. But I gave him enough hints — I even wrote a song about him and uploaded it to Spotify. He followed me on social media at the time, so I’d no doubt that he listened to it – his silence was louder than ever.

I reached out to him a few months down the line and we met for coffee (as friends), he didn’t mention my song and neither did I. We sipped coffee and laughed – it was how I’d always wanted to be with him.

I was now at university, swept up with the potential to find reciprocated love, so I decided to leave my dreams of him in the past and attempt to pursue something real instead.

At university, I was naive, and I most likely imagined I was trapped in some romance novel wearing rose-tinted glasses. I thought it was mutual love with yet another boy, but I was mistaken once more. After all, being asked out on two dates – him walking me to the bus stop before trying to kiss me, and then telling everyone he was dating me – is a surefire way to get a girl’s hopes up.

‘It’s moving too fast’, he texted me eight days before Christmas. After this experience, it’s safe to say I was ready for hiatus from crushing on people.

Now at 23, single and stuck in lockdown on Valentine’s Day, excuse me if you catch me singing Taylor Swift songs while crying into a G&T tonight reflecting on my memories of almosts, daydreams of what-ifs, and a diary filled with tales of failed unreciprocated crushes.

Although unrequited love has a somewhat negative impact on your emotional wellbeing, I would still rather have one heart-stopping, dreamy, beautiful crush, than five loveless, unhappy relationships.

Of course, I regret not telling my past crushes how I’ve felt – maybe with future crushes, I will (or maybe I still won’t because I’m far too afraid of rejection).

After all, Valentine’s day is the perfect opportunity to confess these feelings, I just wish that my past crushes had taken a chance – I guess I’ll just hope and imagine that they were just as shy as me.