Victorian Socialists are wearing out their boot leather ahead of Saturday’s state poll. 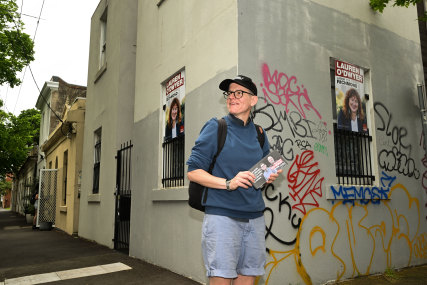 If the party’s internal assessment is right, those two regions will be key battlegrounds between the left and conservatives.

The last seat in Western Metropolitan will be fought between Victorian Socialist Liz Walsh and former Liberal MP Bernie Finn, she says.

“So it’s pretty much full left versus right and that would really make a difference, I think, in terms of what parliament looks like next time around,” says Ward.

The inner-suburban lower house seat of Richmond, held by Labor’s Richard Wynne on a nominal margin of 5.8 per cent after redistribution, is Victorian Socialists heartland. Wynne is retiring from the seat he has held for 23 years.

In 2014, then-Victorian Socialists candidate and Yarra councillor Stephen Jolly attracted 8.5 per cent of primary votes in Richmond. Even with no lower house candidate in 2018, the party polled about 7 per cent support in Richmond booths for Jolly’s tilt at the upper house.

With Jolly out of the party, Ward – best known for introducing the anti-bullying Safe Schools program – is lead candidate.

Labor and the Democratic Labour Party have held Richmond for more than a century, but an increased Greens vote, and the decision by the Liberals to preference the Greens over Labor, are raising the likelihood Richmond will go to the Greens for the first time.

The Victorian Socialists have also directed preferences to the Greens above Labor, meaning their vote could be a deciding factor in the hotly contested seat.

Party members on door-knocking duty are equipped with an app called Knockify on their mobile phones. As several volunteers fan out across Fitzroy’s backstreets, Ward demonstrates how it works.

First, she taps on a map of the streets surrounding where we are. The map shows every building and reveals the number of enrolled voters inside each home, using information held by the Victorian electoral roll. 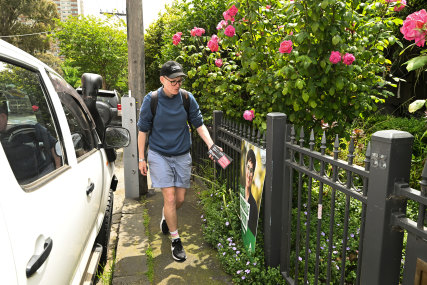 The Victorian Socialists have knocked on more than 10,000 doors in Richmond.Credit:Joe Armao

Volunteers can update the app with information about whether the voters who answer their doors are amenable to the Socialists’ message, or hostile. If voters are amenable, volunteers record whether they agree to display a corflute on their home or garden, or to volunteer with the party.

In this way, Ward says, the party has signed up more than 1000 volunteers to work on polling day on Saturday, while other parties struggle to garner enough volunteers for every booth.

Ward argues Socialists are uniquely placed to cut through to undecided voters by virtue of their experience as activists, despite Richmond having the highest median personal income in the state.

“We’ve got lots of people who’ve done campaigning on so many different issues, trying to stop people in the streets for years, about whatever it is,” she says.“You have to have some of those skills to be a socialist. Because what the system tells you is, it’s impossible [to make societal change], and it’s not worth trying, it’s not worth fighting.

This story is part of our in-depth local coverage of the key seats of Melton, Hawthorn and Richmond at the November state election.