Veteran performer Prinnie Stevens has slammed the producers of upcoming Sydney musical Pippin over their decision to cast an international performer in a starring role rather than a local woman of colour. 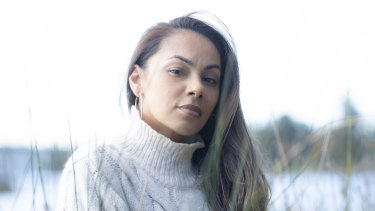 The Leading Player role, an imaginary friend of the show's title character that leads him on his journey of discovery, has traditionally been played by a woman of colour since the production was revived on Broadway in 2013.

That tradition will continue in Australia with Gabrielle McClinton, who is African American and played the role on Broadway. The producers said they were unable to find anyone suitable for the role here.

Stevens, who has been performing in musicals since 1999 and recently played a lead role in The Bodyguard, auditioned for the role but was cut after the first round. She said it was disappointing the show's producer, The Gordon Frost Organisation, elected to import a performer in one of a handful of roles available to performers of colour.

"Lead roles for a person of colour are few and far between," Stevens says. "It's been four years since I did The Bodyguard, so four years since I have been able to walk into an audition room and know this is a role that I am suited to.

"I'm not angry that I didn't get the role, I am angry about the fact that the women of colour in this country were not able to be seen and prove whether they were actually able to perform this role." 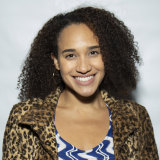 Broadway performer Gabrielle McClinton has been flown into Australia to play The Leading Player in PippinCredit:Getty

The decision to import an overseas performer comes at a time when diversity in musical theatre is a subject of focus in the performing arts industry. A brouhaha surrounding the Rob Guest Endowment, an annual award given to young music theatre performers, saw the finalists walk away from the award due to the lack of representation of performers of colour. Pippin will also be the first major production to open here since the industry shuttered in March leaving thousands out of work.

Stevens was cut from the audition process after the singing call, meaning her attempt was not filmed or shown to the production's director Diane Paulus or composer Stephen Schwartz, who both are based in America and were casting from taped auditions. Paulus and Schwartz were only shown a selection of auditions of those who made it through to the second round.

The Sun-Herald is aware of at least one other performer of colour who experienced a similar situation to Stevens.

"I don't want it to come off like a disgruntled actor who didn't get a job," Stevens said. "It's about me fighting for young performers who are just embarking on their careers who are seeing this happen.

"People in power [in this industry] need to be told that if they can't find what they are looking for then look deeper. There are hundreds of young women of colour who want an opportunity like this. Find them."

The show's producers John Frost and Suzanne Jones would not be drawn on how many BIPoC performers they saw for the role, nor how many taped auditions were sent to the US creatives.

"Of the 28 performers in Pippin, six are of ethnically diverse backgrounds. This represents 21 per cent of the cast," they said in a statement.

"It is not unusual for a production to bring in overseas talent when required, and in this case we sourced our Leading Player from overseas. All other cast are local. While we looked for a local BIPoC artist, we could find none who were available with all of the specific skills in singing, dancing and acrobatics to the level required for this role, given the time constraints."