Husband, 100, and wife, 98, who ‘fell in love at first sight’ as teens become one of Britain’s longest married couples after celebrating their 80th wedding anniversary

A husband and wife who met as teens have become one of Britain’s longest married couples after celebrating their 80th wedding anniversary.

Ron Golightly, 100, met his beloved Beryl, 98, in their hometown of Harrogate aged 16 – when one of his pals wolf-whistled at his future wife’s friend group as they walked past in the street.

Beryl, then 14, turned round to see what was going on and ‘fell in love at first sight’ with Ron’s curly hair and ‘cheeky grin’, and the pair have been inseparable ever since.

The couple tied the knot in North Yorkshire, in 1941 while Ron, who served in the Brigadier Guards, was on leave from the Army during World War II. 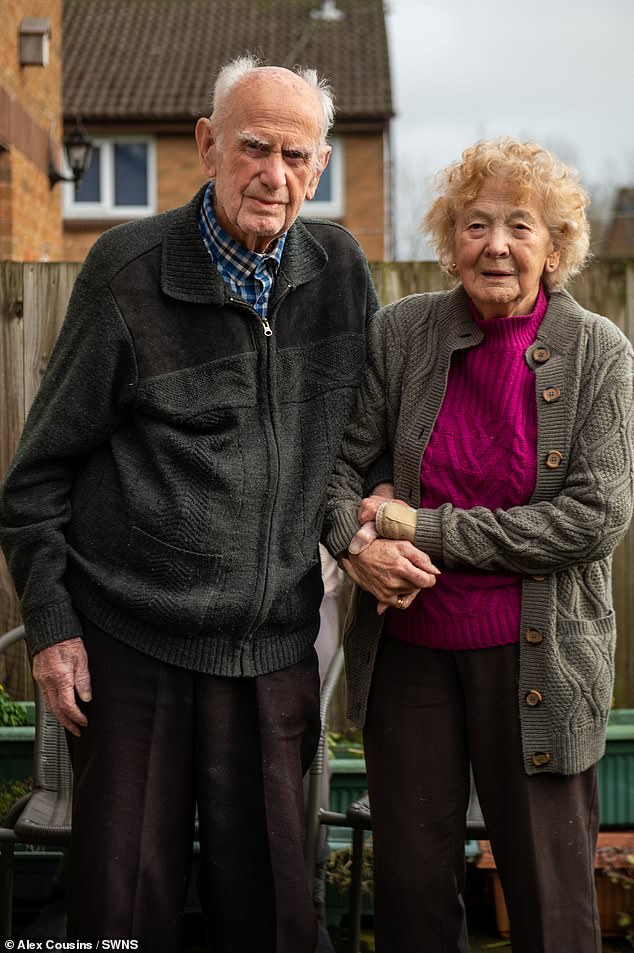 Husband and wife Ron, 100,  and Beryl, 98, Golightly who met as teens have become one of Britain’s longest married couples after celebrating their 80th wedding anniversary 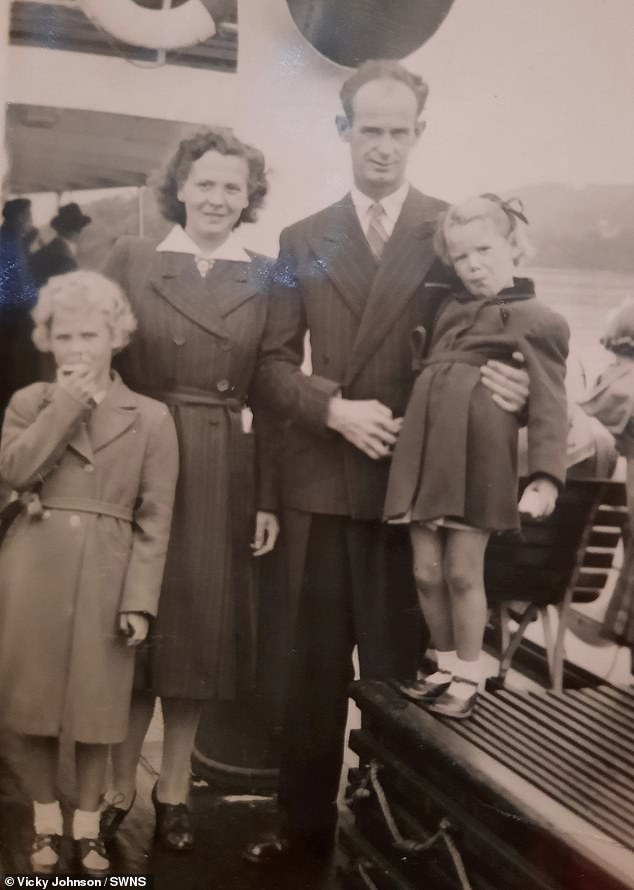 Ron met his beloved Beryl in their hometown of Harrogate when he was 16 and she was 14. Pictured, Ron and Beryl with their daughters Margaret and Sue in the 1950s

‘A couple of days later we spoke again and went for a walk, we were more or less a couple straight away.

‘I thought he had whistled at me and I just fell in love with his cheeky grin straight away.’

Ron’s leave was cancelled twice ahead of their wedding in 1941, so he had to apply for a special marriage licence. 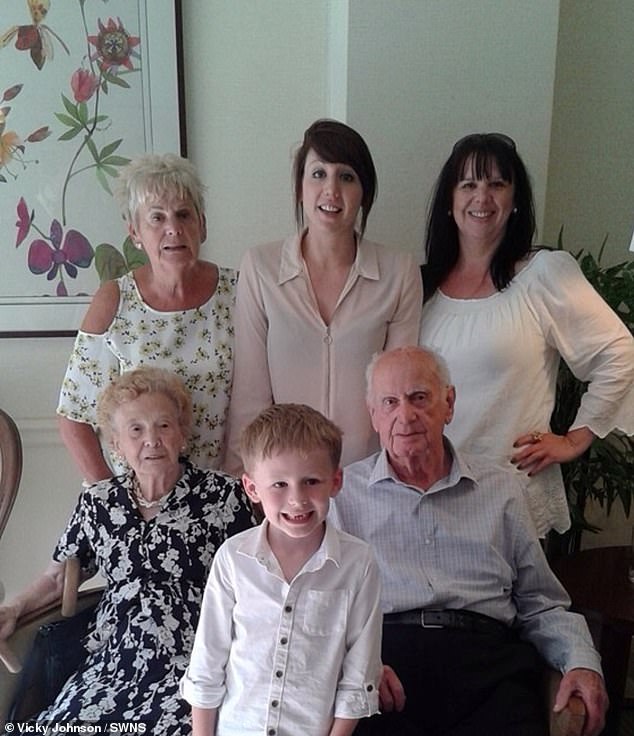 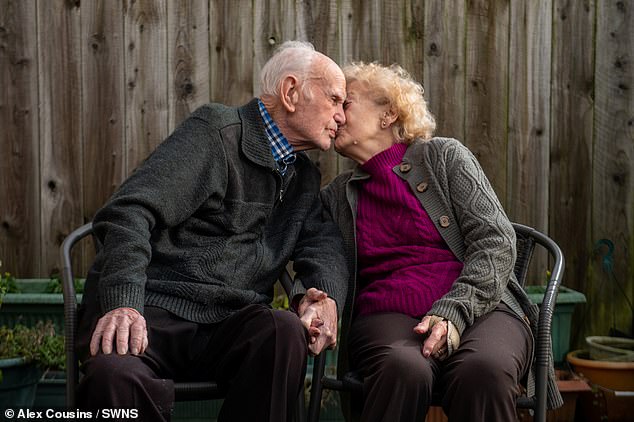 The couple, pictured outside their home near Harrogate, say they fell in love instantly after meeting, and are ‘still in love now’

The wedding was so last minute they had no photographer to capture the big day and had to grab a passer-by from the street to step in to be Ron’s best man.

‘We got married when I was 18 in 1941’, said Beryl, ‘I don’t know if he even proposed, we just spoke about the time in the future when we were married.

‘There was no great romantic proposal, he definitely wasn’t down on one knee. We just started planning a wedding.’

Beryl, a former shop assistant, and Ron, a former HGV driver, have two daughters, Margaret, and Sue, six grandchildren, 10 great-grandchildren and a great-great-grandson.

The couple celebrated their 80th anniversary on January 8 with an Oak Wedding Anniversary card from the Queen.

The card is the fourth they have received from the Royal household after being sent cards for their 70th and 75th anniversaries and Ron’s 100th birthday. 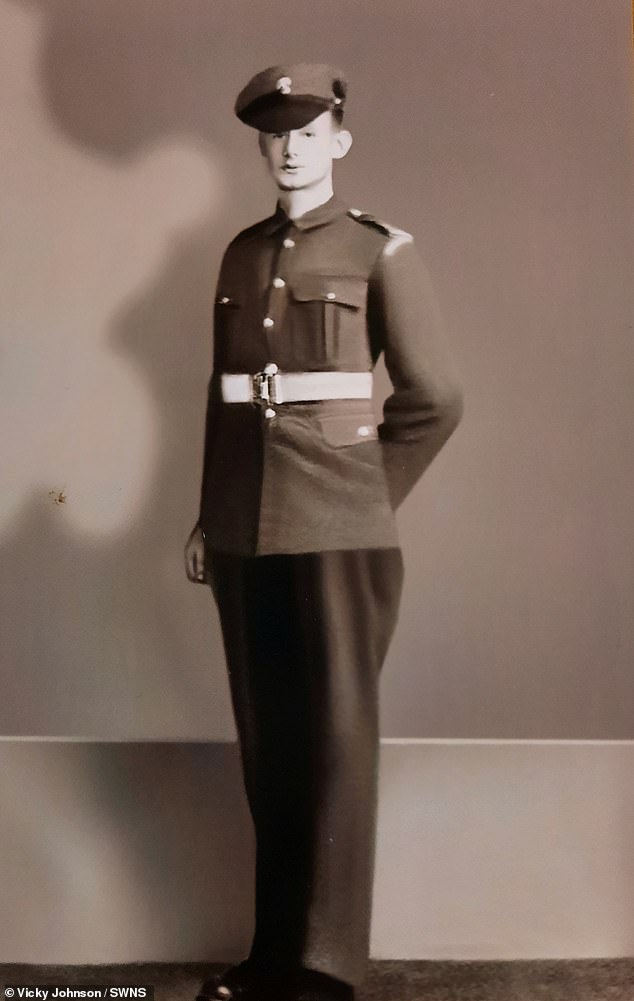 Ron, a former HGV driver, had to apply for a special marriage licence after his leave was cancelled twice ahead of his wedding. Pictured, Ron aged 17 in his Grenadier Guards uniform 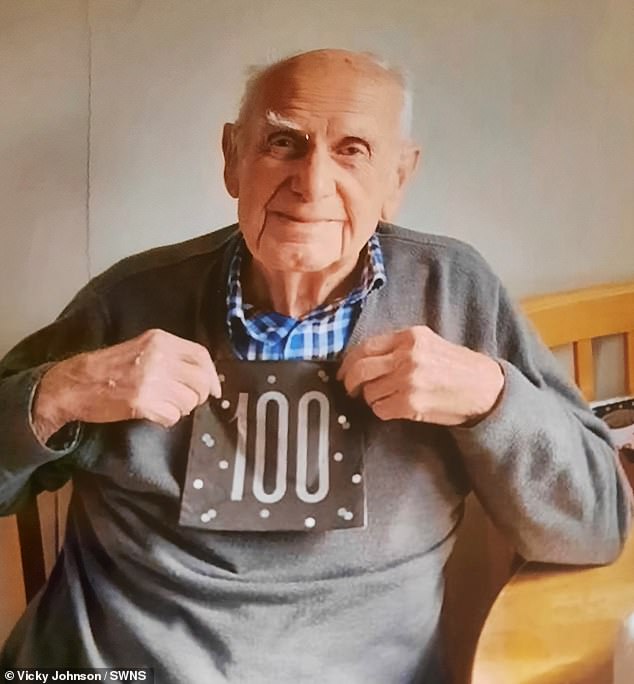 The pair have received four cards from the Royal household; for their 70th and 75th anniversaries and Ron’s 100th birthday

They hold extra special meaning for Ron who once stood on sentry duty outside Buckingham Palace.

In addition to the card from the Queen, the couple received an oak heart crafted by one of their sons-in-law and a wooden bowl with a ha’penny bit dating from 1941.

Beryl said the secret to a happy marriage is communication as the couple never let argument linger.

She added: ‘Tell me a couple who haven’t had rows, but we always resolved the arguments.

‘We fell in love very young and we are still in love now.’

And she puts the secret to their long life to living a healthy lifestyle and plenty of exercise. 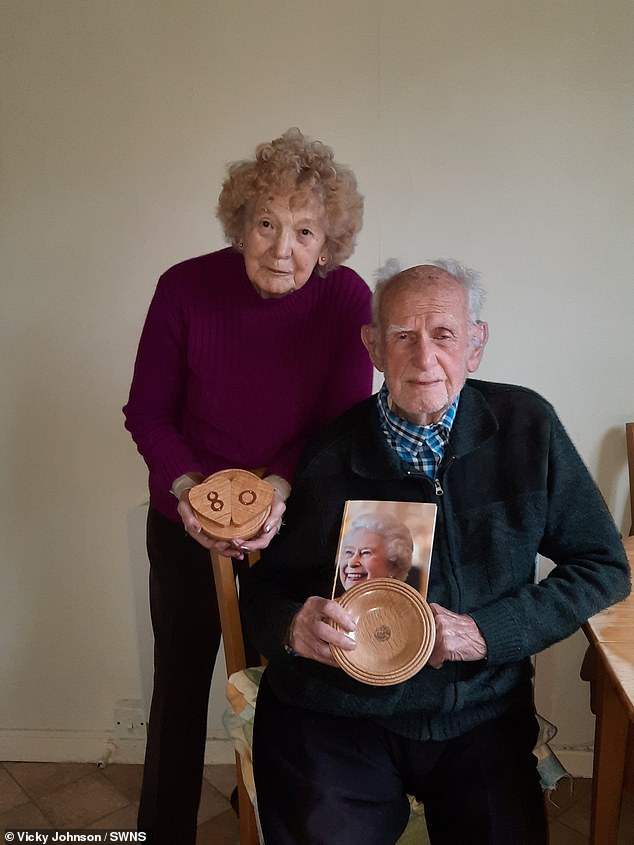 She added: ‘We had plenty of exercise when we were younger. We had an Alsatian and we used to walk her everywhere. We’ve always eaten quite healthy too.’

In her younger days, Beryl volunteered for the Russell Sergant House in Harrogate, a charity which supported blind people.

The couple would go on holidays with care receivers and help them get around on their trips to Wales and Scotland.

Beryl, who was also a St John Ambulance volunteer, also once saved a woman’s life at the town’s convention centre by administering CPR when she stopped breathing.

She added: ‘She had fluid around the heart and stopped breathing, I gave her CPR and resuscitated her twice.’

Ron, who is deaf, was an avid follower of Harrogate Town in his younger days and was ‘delighted’ to see them promoted to the football league last season.

He was also a keen boxer in the army and one of his grandson’s followed in his footsteps by winning six bouts.

Their daughter Sue Johnson, 75, said: ‘He was really pleased to see his grandson follow in his footsteps. That’s where we think he got his boxing talent from.’ 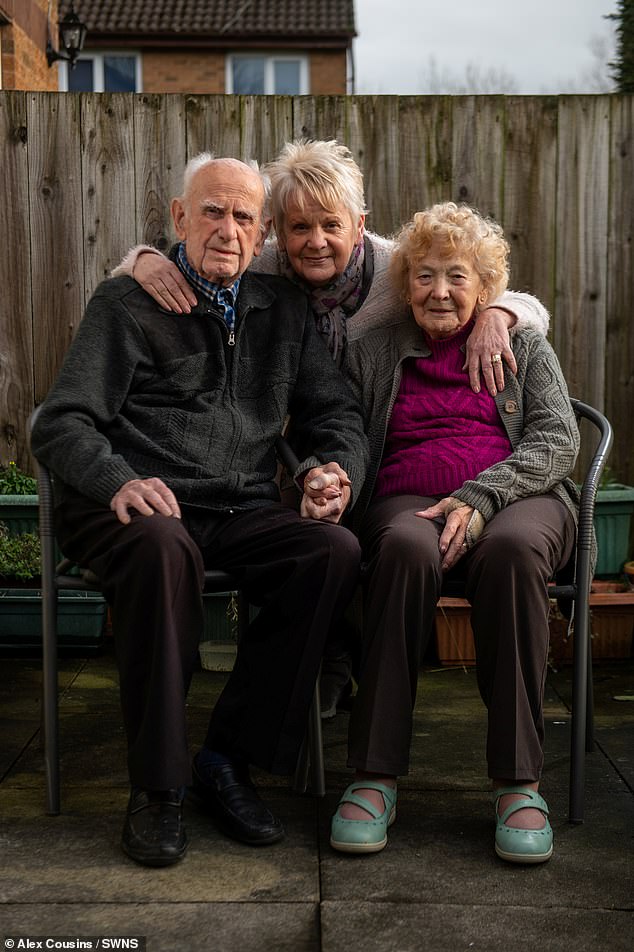 Their daughter Sue Johnson, 75, (pictured) says the family is very close and were was sad they could not celebrate the couple’s anniversary together 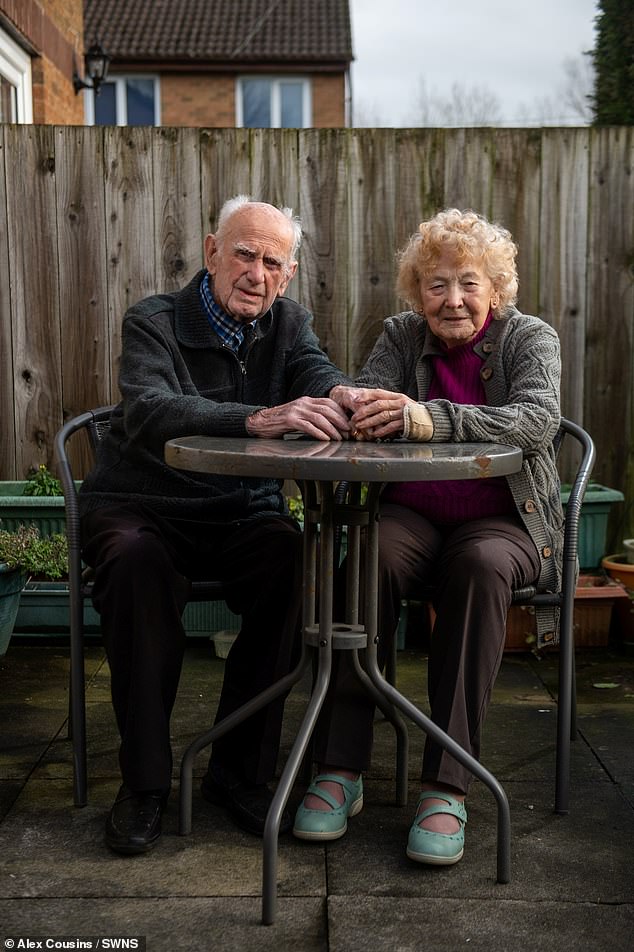 Beryl says the key to a happy and lasting marriage is Beryl is communication, insisting the couple never let argument linger

Sue said the family is very close and it was sad they could not celebrate the couple’s anniversary together.

She added: ‘We’d always done a lot of visiting, they would always visit us and we would visit them.

‘When I was younger with a family, I didn’t have a car or any transport, so my mum would always help me out.

‘We’ve always been close, to us it’s just normal, but other people do think it’s special how long they have been together and married for.

Of the way her parents met, Sue added: ‘I don’t think it would happen like that these days, I think people would be scared of what would happen if they whistled in the street. They’d probably get locked up these days if they did that.’