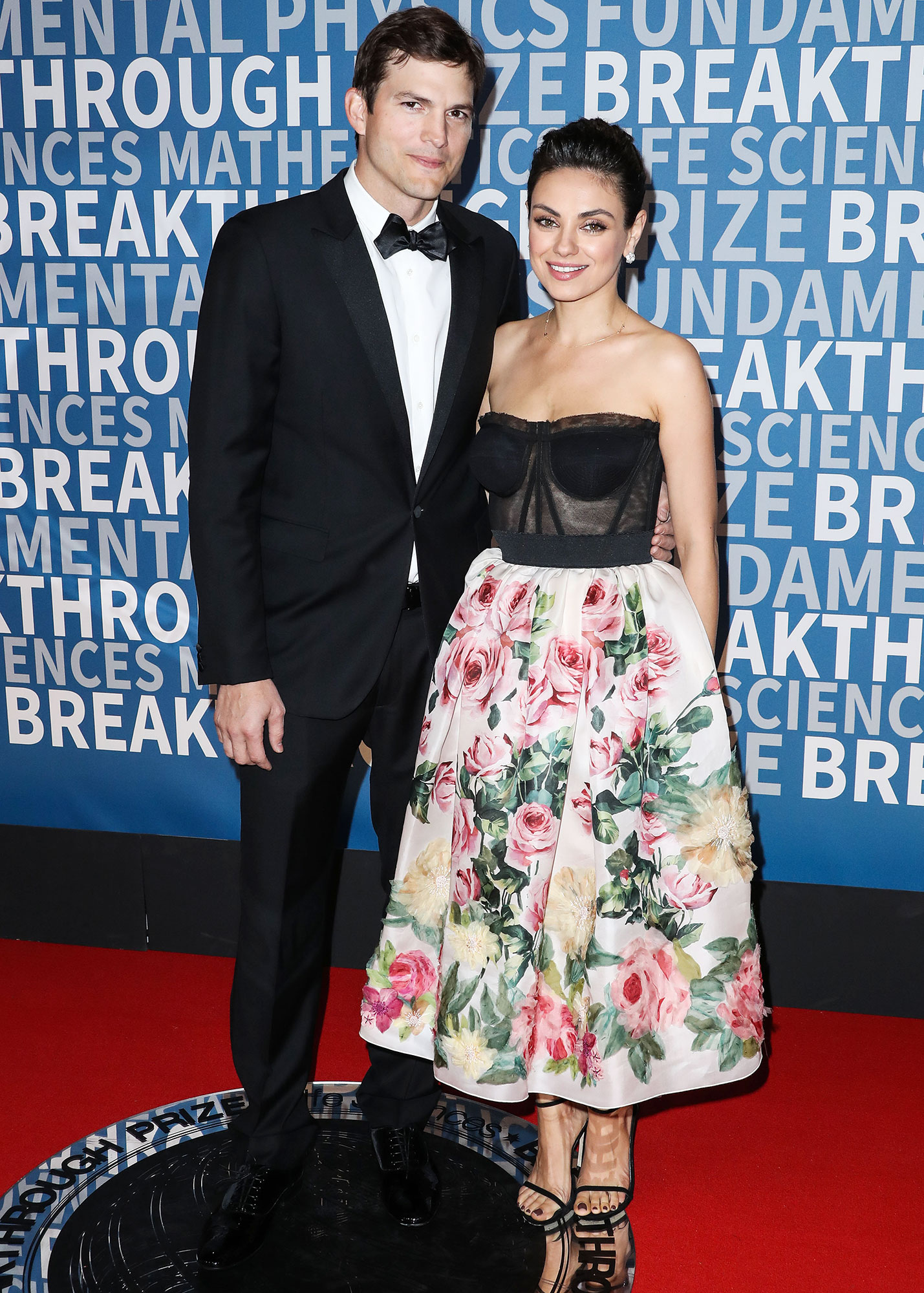 In it together! Mila Kunis and Ashton Kutcher are intentional about balancing their careers with their two kids.

“We tag team!” the actress, 38, told Entertainment Tonight on Wednesday, September 28. “We never work at the same time, and we only shoot on location during summer breaks. The rest of the time we shoot at home.”

The That ‘70s Show costars share daughter Wyatt, 6, and son Dimitri, 5. The siblings have a sweet bond, Kutcher, 43, told Ellen DeGeneres in May 2017.

“Wyatt thinks this baby is her baby,” the Ranch alum explained at the time. “At some point, I’m going to have to explain to her it’s not really her baby. I don’t know how I’m going to do that. She loves the baby so much. It’s like Of Mice and Men. She’s like, ‘I love you and hold you and squeeze you and name you George.’”

The following month, Kunis joked that her eldest child “occasionally tries to murder” her baby brother — but “not on purpose.”

The Ukraine native told Ryan Seacrest in June 2017 that “she just hugs him so hard that she almost suffocates him sometimes and doesn’t even realize that that’s happening.”

The couple, who wed in July 2015 in California, made headlines in July when they told Dax Shepard that they don’t bathe Wyatt and Dimitri every day. The ensuing scandal was “so dumb,” Kunis told DeGeneres, 63, on Tuesday.

“I wake up every day and I’m like, ‘Today I’m going to shower my kids.’ And then bedtime happens and I forgot to feed them,” the Black Swan star said, joking that she was probably making things “worse” for herself. “I [do] feed my kids, you guys. Oh, God.”

While raising her little ones, the Golden Globe nominee has shared her parenting advice with fellow celeb moms, including her former costars Laura Prepon and Mirjam Novak.

Celebs Who Have Discussed Their Shower Habits

“When I was really struggling with leaving my daughter to go back to work, one thing [Kunis] shared with me that was so helpful was, ‘Whenever I’m going to work, I never turn to my kids and say, “Oh, this is a bummer. Mommy has to go to work.”’ She was like, ‘I say it in a really positive way, where it’s like, “Mommy has to go to work!”’” the Orange Is the New Black alum, 41, exclusively told Us Weekly in April 2020.

Two years prior, the Spy Who Dumped Me star, 40, told Us that Kunis gave her “advice and some books” while on the 2018 movie set.