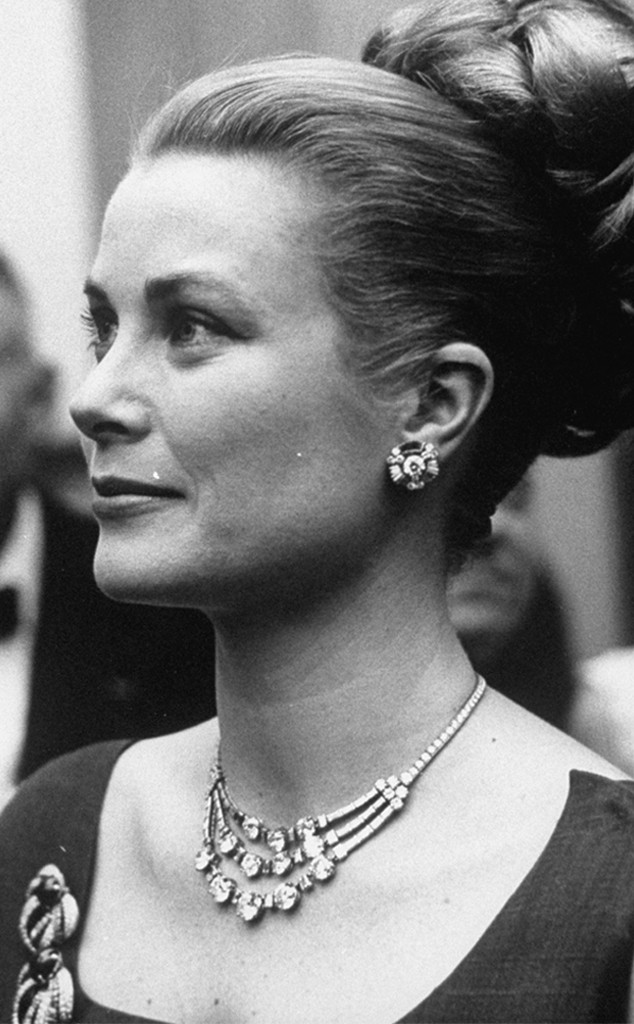 The bride wore a strapless white Chanel dress for one of her big day looks and seemed to honor her late grandmother with her jewelry. The 32-year-old daughter of Princess Caroline wore a diamond necklace that appeared to be the same piece the actress wore when she wed Prince Rainier III of Monaco in 1956 and became Princess Grace of Monaco.

Casiraghi tied the knot with Rassam on June 1 in a civil ceremony at The Prince’s Palace of Monaco—the same place her grandmother said “I do.” For the ceremony, Casiraghi donned a gray dress by Anthony Vaccarello for Yves Saint Laurent and wore her hair down. As Brides noted, some fashion lovers compared the brocade design to the brocade look her grandmother wore on her own wedding day. As for the groom, he opted for a sharp navy suit.

The couple then changed their ensembles for the celebration at La Vigie. Casiraghi wore the Chanel number for the party, and her new husband wore a matching white tuxedo. The bride’s makeup was also Chanel and her hair was styled by John Nollet Paris.

It certainly has been a busy time for the couple. The two welcomed their first child together, Balthazar, in October. Casiraghi also has a son, Raphaël, from a previous relationship.

Congratulations to the happy couple!