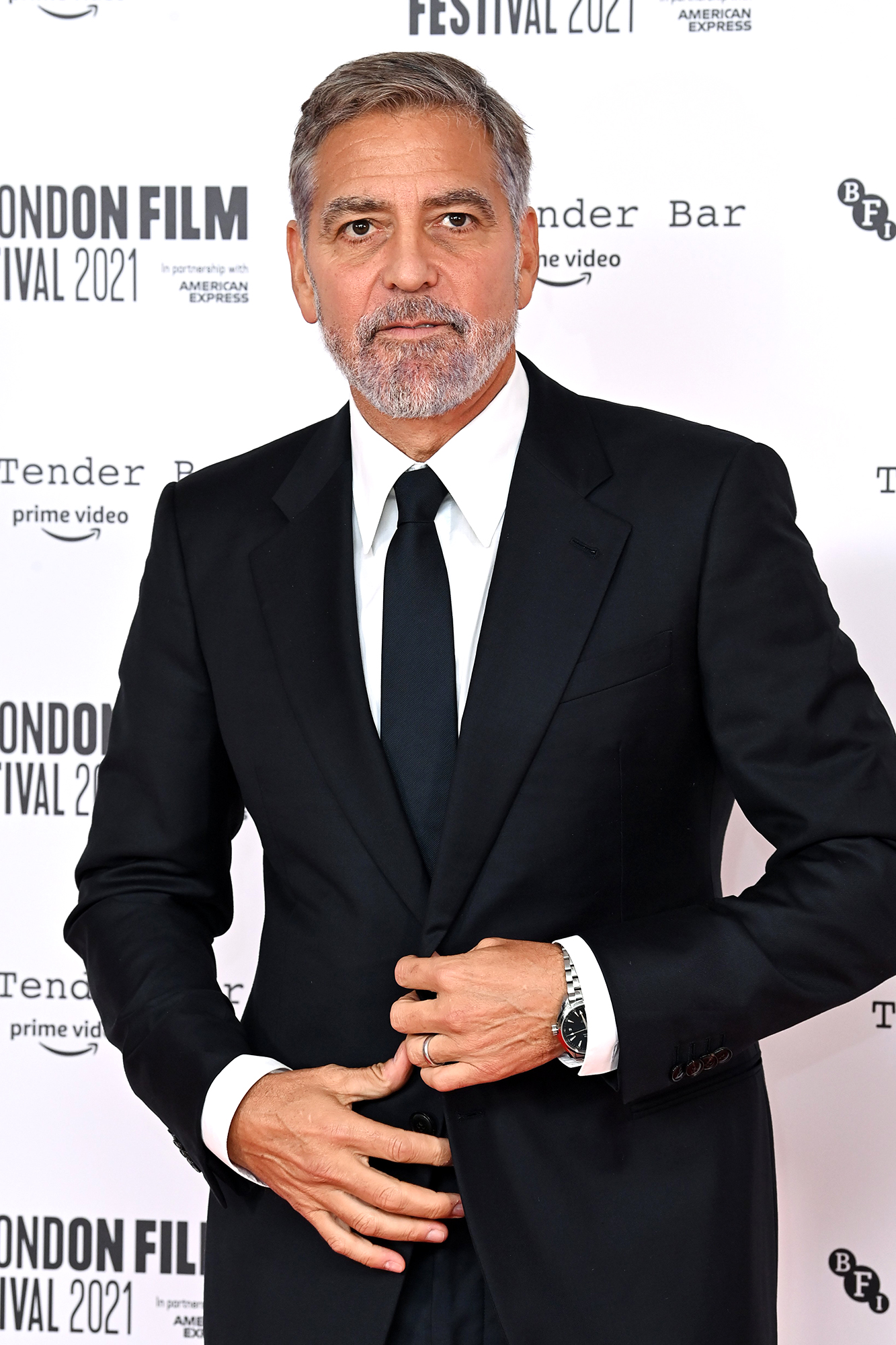 Looking back. Several years after surviving a motorcycle accident, George Clooney has opened up about his memories of the incident.

“I was waiting for my switch to turn off [but] I’m fine now,” Clooney, 60, recalled during an interview with the Sunday Times, which was published on Saturday, November 27.

At the time, the Catch-22 actor realized a crowd of people had started to gather around him shortly after his bike collided with another vehicle in Sardinia, Italy, in July 2018. He noticed several individuals taking photos and videos of his injuries.

“If you’re in the public eye, what you realize when you’re on the ground thinking it’s the last minute of your life is that, for some people, it’s just going to be entertainment for their Facebook page,” he explained to the newspaper. “I’m a pretty positive guy, but that told me, clearly, that you really are here just for their entertainment. You want to take every one and shake them.”

Amid the accident, a vehicle hit the Oscar winner’s bike before he was thrown over the handlebars. Following the incident, the Descendants star was hospitalized before being released several days later.

“The driver immediately recognized he was responsible,” a local police officer told Us Weekly at the time. “He turned the car without respecting the road laws. He was the first to call the emergency services and the police.”

While Clooney suffered bruises during the crash, his rep confirmed that he was on the mend shortly after the incident.

“George was treated and released from an Olbia hospital,” Clooney’s rep told Us in a statement that July. “He is recovering at home and will be fine.”

Nearly one year later, the Up in the Air star claimed his accident was “bad” during an interview with the Hollywood Reporter.

“It split my helmet in half, it knocked me out of my shoes. I was hit hard,” the accomplished director told the magazine in May 2019. “I was just waiting for the switch to turn off because I broke his windshield with my head, and I thought, ‘OK, well, that’s my neck.’ If you get nine lives, I got all of them used up at once — so I can let go of motorcycle riding for a while.”

The Ocean’s Eleven star previously joked that wife Amal Clooney — whom he wed in September 2014 — has since forbidden him from riding on motorcycles following the crash.