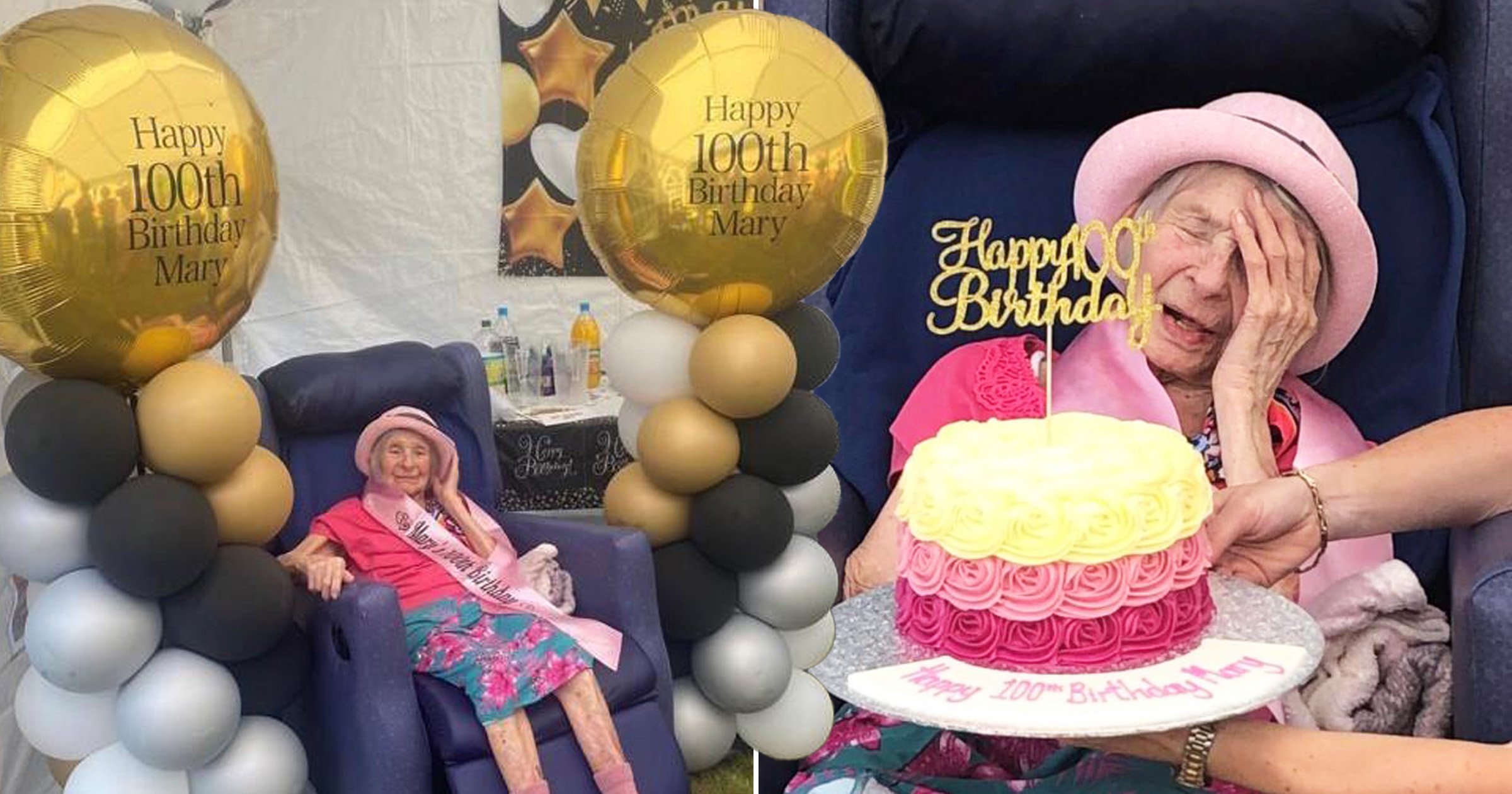 A woman turning 100 has credited Guinness and keeping active with work for helping her see a century.

Mary Tipping celebrated her birthday with family and friends at a garden party hosted by the Fitzwarren House care home in Highworth.

‘Working for so long kept me active and the daily Guinness never did me any harm,’ said Mary, who still enjoys a bottle of the black stuff every day

Mary, who’s always been known as ‘Paddy’ even though she’s from Wiltshire, even had one of her birthday cakes shaped like a pint of Guinness.

After living and working in Oxford in her youth, Mary married Arthur Day in 1944, and together they had sons Tony, David and Ted.

Between them, they gave her ten grandchildren.

Mary was a secretary for the Swindon-based Amalgamated Union of Engineering Workers until her retirement at 60.

Even after her retirement, Mary went on to work two part-time jobs at Honda and as a cleaner at Highworth police station.

She proudly took up the position of town crier – the same role her grandfather had back in the 1880s – when she was 70.

Her granddaughter Lorraine said: ‘She has always been full of energy and has worked hard all her life.’