A man has revealed how to restore old white trainers at home using just shoe cleaner and an iron.

Posting on TikTok, Miguel Solorio who lives in California, explained that he recently found a pair of white Nike Air Force 1 trainers worth an estimated £100, however they needed a deep clean.

A video revealing the process he used to transform the footwear to look good as new has racked up more than 3 million likes, with many gushing that they will never need to buy new sneakers again. 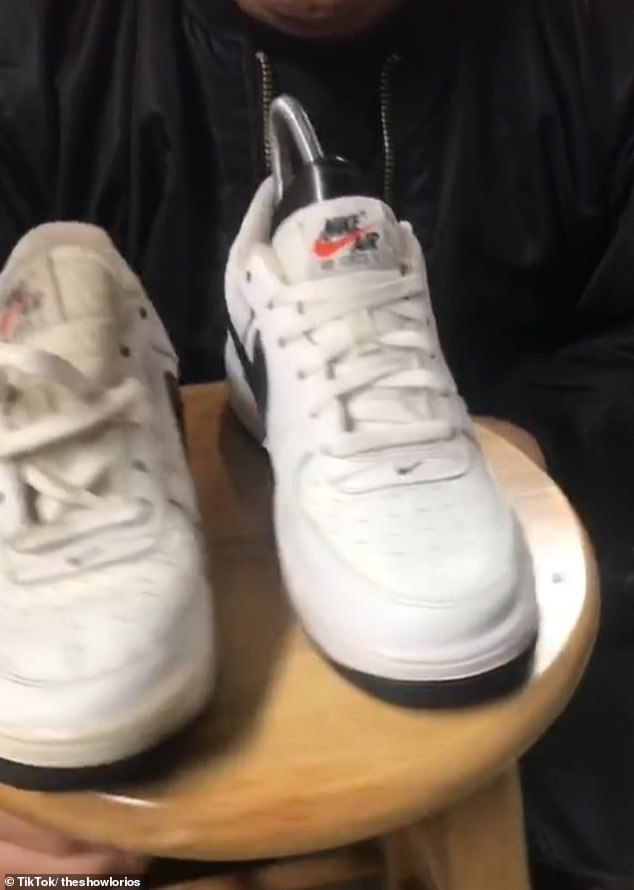 Miguel Solorio who lives in California, has gone viral on TikTok after posting a video demonstrating how he restores secondhand white trainers (pictured) 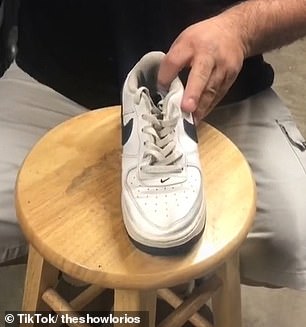 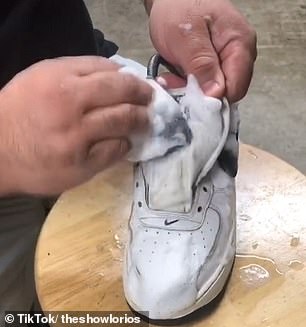 Miguel demonstrated the overhaul on the left trainer to be able to show a before and after comparison.

In the clip he started by removing the laces and inserts a shoe tree to keep the shape. The footwear fanatic revealed in a separate video that a cloth can be used to stuff the shoe, if you don’t have a shoe tree.

He then set up a dedicated cleaning area with EB Kicks shoe cleaner & conditioner kit ready to use.

Pouring the liquid on to a sponge, Miguel showed the hard work needed to restore the colour of his white trainers saying: ‘Nobody said it was going to be easy.

‘Scrub it down, take all that yellow out. Now let’s get ready for the soles.’

He then filmed the process of scrubbing the insoles and liners of the trainers. 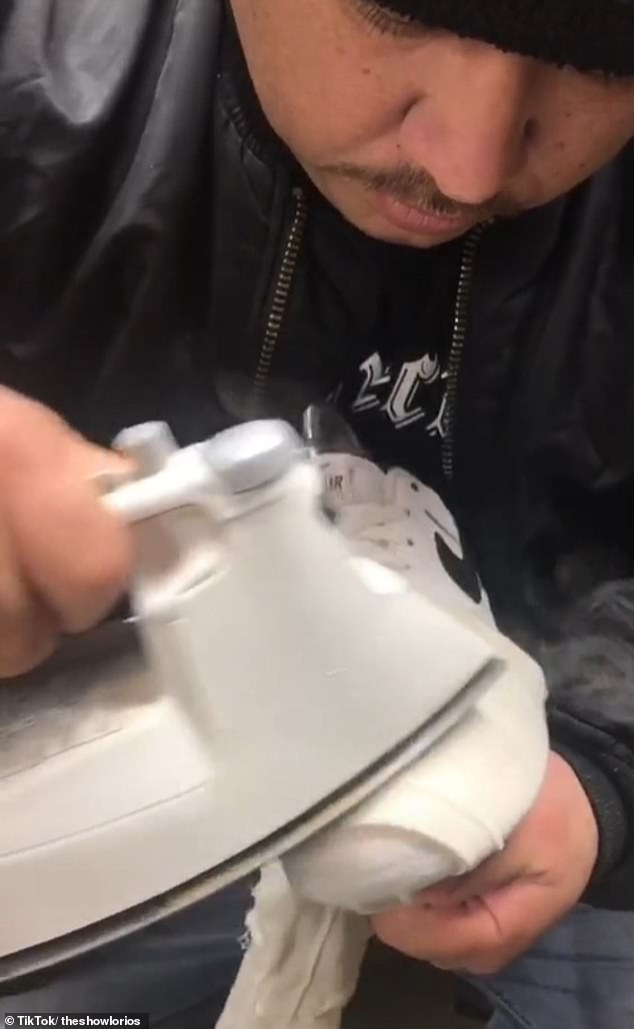 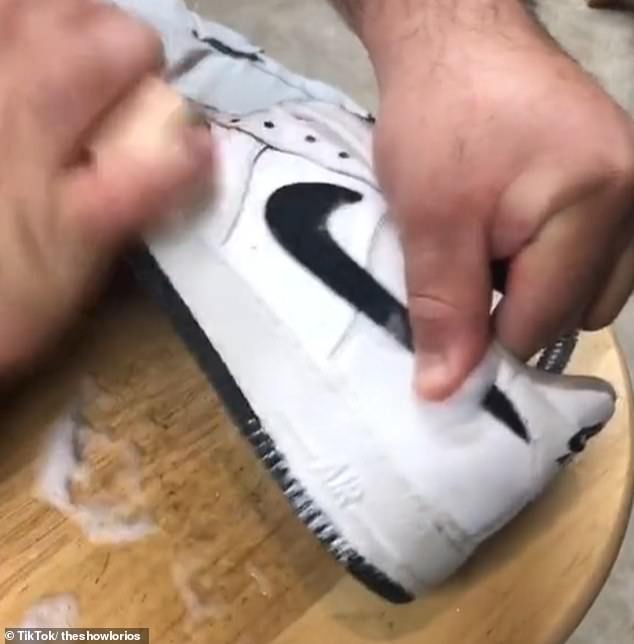 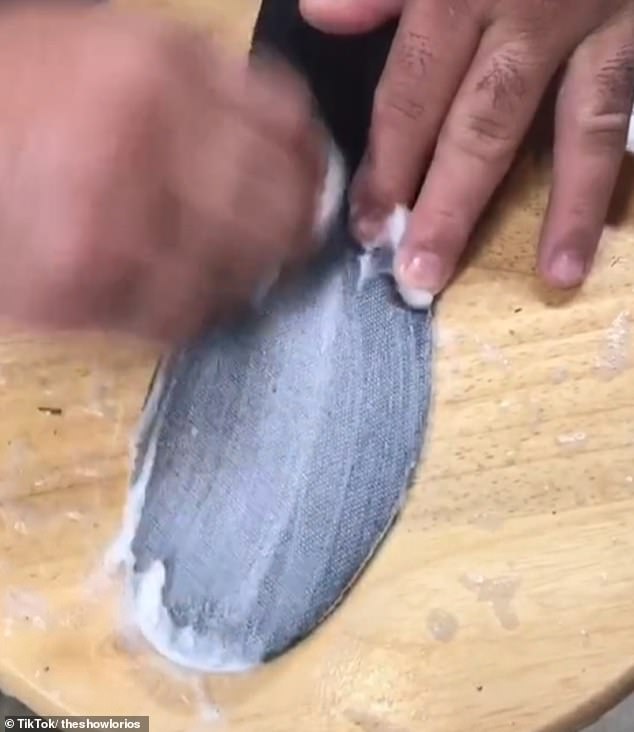 Miguel proceeded by washing the laces in a separate container filled with water and soapy liquid.

He then placed a damp cloth over the trainers and ironed the creases and placed the laces back in to reveal the shocking transformation.

A stream of responses to the clip were impressed and admitted they weren’t aware that it’s possible to restore worn trainers.

One person wrote: ‘I love that you restore everything. Including the shoe laces. This was also very calming to watch.’

‘I didn’t know you could improve a worn pair of shoes like this,’ another said.

A third added: ‘Damn I ain’t throwing my sneakers away lol’