An extra $1 billion will be injected into the aged care system by the Morrison government as part of its mid-year budget update with high iron ore prices boosting revenue and spending pressures reduced as the economy bounces back from the coronavirus recession.

Prime Minister Scott Morrison and Health Minister Greg Hunt will on Wednesday reveal an extra 10,000 home care packages, at a cost of $850 million, to be funded as the government expands its response to the Aged Care Royal Commission. 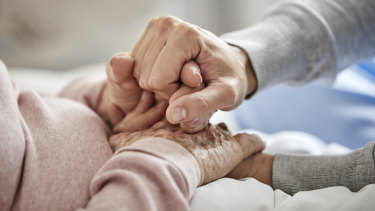 An extra $850 million will go into 10,000 home care packages in the mid-year budget update.Credit: Getty

The details of the packages will be confirmed in Thursday's mid-year budget update and are on top of the $1.6 billion announced in the October budget to deliver 23,000 extra places.

Another $11.1 million over 5 years will go towards the serious incident response scheme to help protect older Australians from abuse and neglect.

Prime Minister Scott Morrison said the government was committed to helping those in care.

"The health and wellbeing of older Australians is an absolute priority," he said.

It is the third mid-year budget in a row the government has increased home care packages by 10,000 places.

The government has been under pressure to address the failings of the aged care system since the Royal Commission identified home care as a priority in its interim report released in late 2019.

By the middle of next year, the government expects 195,600 people to be receiving in-home care support.

The lift in spending will be a feature of the mid-year update that will show a fall in the expected budget deficit. 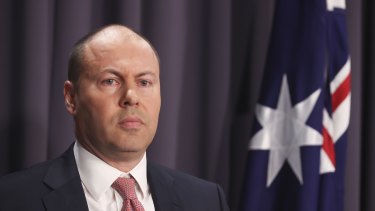 In October, Treasurer Josh Frydenberg forecast a record budget deficit this year of $213.7 billion with another $112 billion shortfall in 2021-22 when the next federal election is due.

But Mr Frydenberg is expected to reveal a fall of about $10 billion in this year's deficit.

The budget has been helped by surging iron ore prices which on Tuesday reached $US153 a tonne.

While iron ore will deliver several extra billion dollars, the government will lose some revenue due to lower-than-forecast prices for coal.

Despite the expected improvement in the budget bottom line, the government still faces the largest deficits and highest debt since the end of World War Two. Debt is tipped to reach $1.3 trillion early next decade.

The update is expected to show unemployment peaking at less than the 8 per cent forecast in the budget although that is not predicted to have an impact on wages growth.

Lower unemployment will feed into less spending through the government's JobKeeper wage subsidy and JobSeeker payment.

Data from the Australian Bureau of Statistics on Tuesday confirmed the jobs market is recovering.

The number of jobs on business payrolls improved by 0.4 per cent during the fortnight to November 28. Total wages grew by 0.7 per cent over the same period. While the economy has improved, jobs are still down by 2 per cent on where they were in mid-March.

Another substantial change since the October 6 budget has been actions from the Reserve Bank, which cut the official cash rate to a record low of 0.1 per cent while beginning the purchase of $100 billion in federal and state government debt.

The purchase of that debt is putting downward pressure on the interest paid on federal government debt which currently stands at $807.3 billion.

Minutes of the Reserve Bank board's December meeting revealed the RBA is expecting a long grind ahead for the jobs market, saying it expected to keep interest rates at their current level for the next three years.