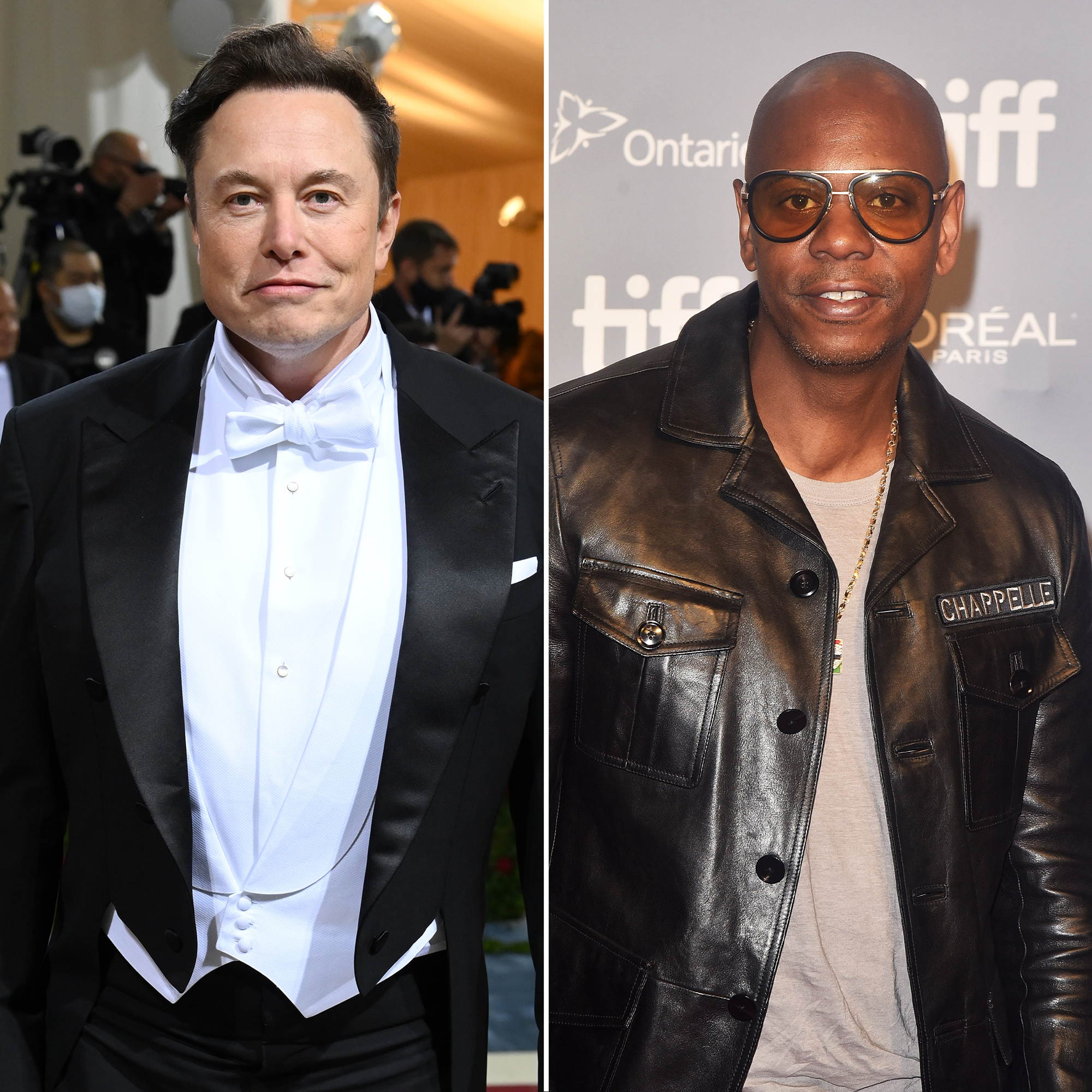 Not having it. Elon Musk was booed off stage by the audience at Dave Chappelle’s most recent show.

“Ladies and gentlemen, make some noise for the richest man in the world,” the comedian, 49, announced while introducing the Tesla CEO, 51, during his Sunday, December 11, stand-up show in San Francisco. The crowd immediately erupted into both cheers and jeers, with the boos soon drowning out any applause.

Chappelle — who came under fire for transphobic jokes in October 2021 — made several jokes about the awkward situation on stage.

“Sounds like some of those people you fired are in the audience,” he quipped to Musk, who made headlines in November for firing dozens of Twitter employees after taking over the social media app. The SpaceX founder also got head when he made jokes about pronouns over the weekend.

“All these people who are booing — and I’m just pointing out the obvious — they have terrible seats,” Chappelle continued, attempting to joke with Musk about getting a “jet pack” from him and wanting to own the first comedy club on Mars.

Despite the attempt to go on with Musk’s surprise appearance, the crowd made it impossible. When the South Africa native asked the former Chappelle Show host what he should say, the Half Baked actor replied, “Don’t say anything. You hear that, Elon?” he quipped. “it’s the sound of pending civil unrest.” Then, addressing the audience, Chappelle asked: “Will you shut the f—k up with your boos?”

He added: “Booing is not the best thing you can do. I wish everybody in this auditorium the joy of feeling free and may your pursuit of happiness set you free. Amen.”

Musk later took to Twitter on Monday, December 12, to address the audience’s response.

“Technically, it was 90% cheers & 10% boos (except during quiet periods), but, still, that’s a lot of boos, which is a first for me in real life (frequent on Twitter),” he wrote. “It’s almost as if I’ve offended SF’s unhinged leftists … but nahhh.”

The billionaire frequently causes a stir with his provocative comments on the platform as well as his controversial decree to promote “free speech” on the app, which included reviving former President Donald Trump and Kanye West’s accounts after they were suspended. (In the wake of West’s repeated antisemitic remarks in November, his account has once again been suspended.) Many celebrities — including Gigi Hadid, Whoopi Goldberg, Jim Carrey and more — have voiced their contention with Musk after his Twitter takeover and have left the site in droves.

Chappelle, meanwhile, faced backlash last year after the October 2021 release of his The Closer special for Netflix, during which he made several transphobic comments. Many employees of the streaming service staged a walkout in response.

Seven months later, in May, Chappelle was attacked on stage by an audience member while performing at the Netflix Is a Joke festival in May. Per multiple reports, the comedian called the attacker a “trans man” during the set.